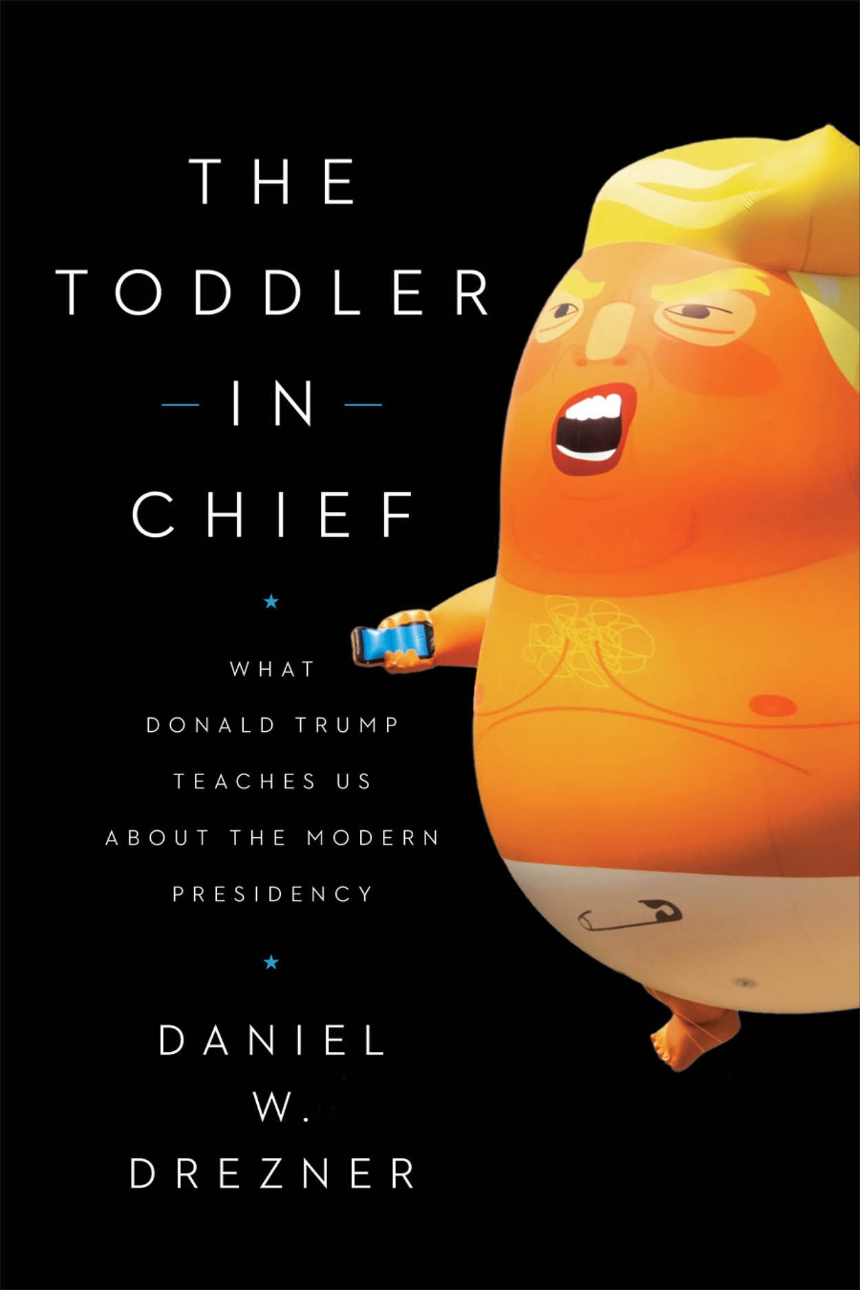 The Toddler in Chief

What Donald Trump Teaches Us about the Modern Presidency

The Toddler in Chief

What Donald Trump Teaches Us about the Modern Presidency

“It may be cold comfort in this chaotic era, but Americans should know that there are adults in the room. . . . And we are trying to do what’s right even when Donald Trump won’t.”—An anonymous senior administrative official in an op-ed published in a New York Times op-ed, September 5, 2018

Every president faces criticism and caricature. Donald Trump, however, is unique in that he is routinely characterized in ways more suitable for a toddler. What’s more, it is not just Democrats, pundits, or protestors who compare the president to a child; Trump’s staffers, subordinates, and allies on Capitol Hill also describe Trump like a small, badly behaved preschooler.

In April 2017, Daniel W. Drezner began curating every example he could find of a Trump ally describing the president like a toddler. So far, he’s collected more than one thousand tweets—a rate of more than one a day. In The Toddler-in-Chief, Drezner draws on these examples to take readers through the different dimensions of Trump’s infantile behavior, from temper tantrums to poor impulse control to the possibility that the President has had too much screen time. How much damage can really be done by a giant man-baby? Quite a lot, Drezner argues, due to the winnowing away of presidential checks and balances over the past fifty years. In these pages, Drezner follows his theme—the specific ways in which sharing some of the traits of a toddler makes a person ill-suited to the presidency—to show the lasting, deleterious impact the Trump administration will have on American foreign policy and democracy.

The “adults in the room” may not be able to rein in Trump’s toddler-like behavior, but, with the 2020 election fast approaching, the American people can think about whether they want the most powerful office turned into a poorly run political day care facility. Drezner exhorts us to elect a commander-in-chief, not a toddler-in-chief. And along the way, he shows how we must rethink the terrifying powers we have given the presidency.

"It is almost surprising that, nearly a third of the way into 2020, more books haven’t been inspired by viral Twitter threads. Drezner’s brisk offering is a good place to start, built as it is out of a three-plus-year, 1,000-plus tweet project documenting examples of the president’s own aides and allies describing him, in the author’s words, 'like a toddler.' . . . . Though the book is occasionally funny—early on Drezner goes out of his way to point out he doesn’t mean to indict toddlers’ comportment—it is, appropriately, also overwhelmingly grim."

“Drezner does not simply argue that Trump is ill-suited for the presidency; he contends that Trump is incapable of adult behavior. . . .We knew most of these things about Trump before Drezner published his book, but he presents a smothering avalanche of repeated presidential absurdity. The reader realizes that this pattern is not part of the Trump presidency; it is the whole thing."

"This book was written before the catastrophe of coronavirus and the Trump response. Its judgments about the president are all the more eerie as a result.”

Introduction  Once upon a Time, a Toddler Was Elected President . . .
1 Temper Tantrums
2 Short Attention Span
3 Poor Impulse Control
4 Oppositional Behavior
5 Knowledge Deficits
6 Too Much Screen Time
7 Potpourri; or, A Toddler Sampler
8 When Caregivers Give Up: Staffing the Toddler in Chief
Conclusion Will We All Live Happily Ever After?
Acknowledgments
Notes
Selected Bibliography