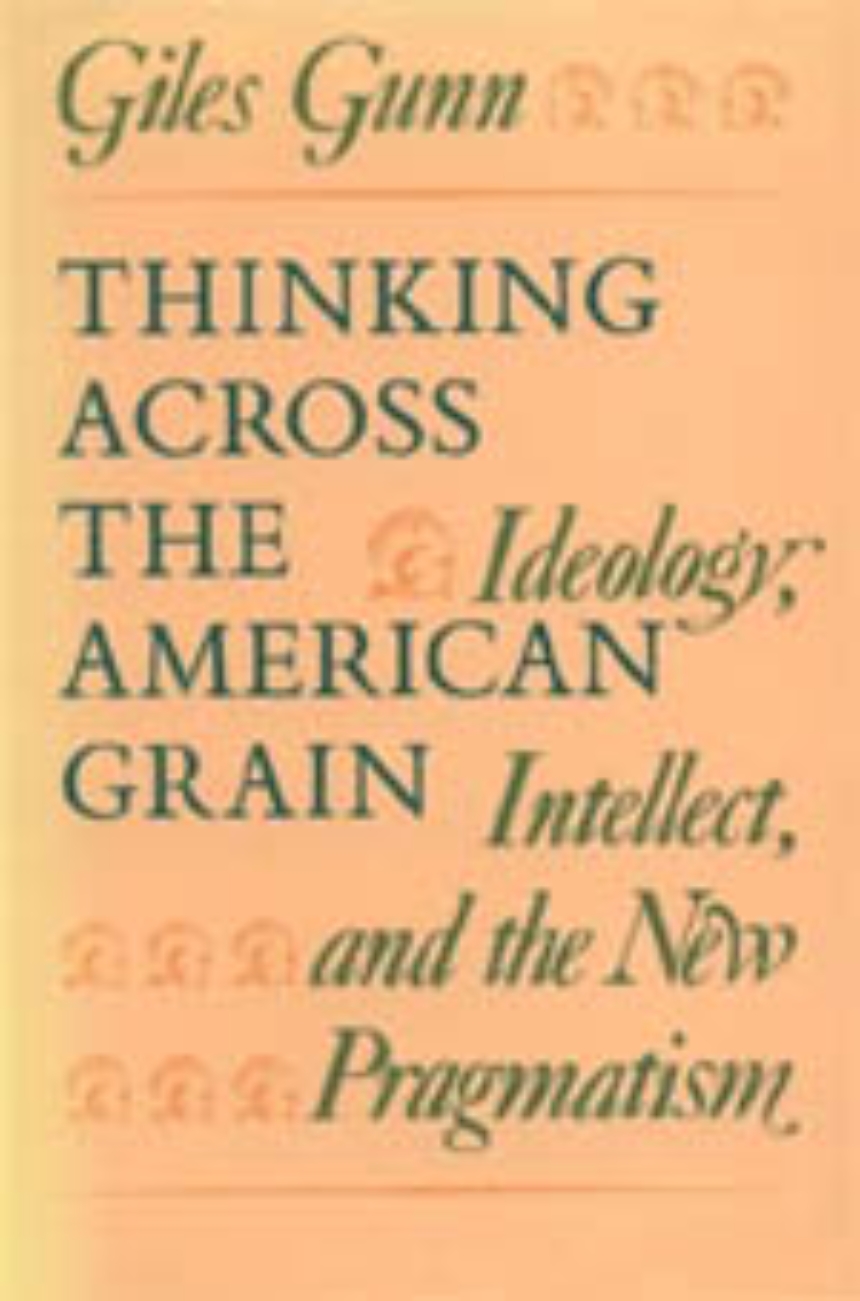 Thinking Across the American Grain

Ideology, Intellect, and the New Pragmatism

Thinking Across the American Grain

Ideology, Intellect, and the New Pragmatism

In Thinking Across the American Grain Giles Gunn makes a
major contribution to the current revival of pragmatism in
America by showing how it provides the most critically
resilient and constructive response to the intellectual
challenges of postmodernism.

Gunn reclaims and refurbishes elements of the pragmatic
tradition that either have been lost or have undergone
important changes and shows how newer critical approaches
have strong roots in the pragmatic tradition. For Gunn,
pragmatism is no longer concerned solely with the nature of
knowledge and the meaning of truth. Because of its
insistence on critical self-awareness, its opposition to
closed systems of thought, and its concern with the ethical,
political, and practical contexts of ideas, pragmatism offers
a blueprint for performing intellectual work in a world
without absolutes. The world Gunn’s pragmatism recognizes is
one of multiple truths, unstable interpretations, and
competing interests.

After critically reexamining the nature and scope of the
pragmatic legacy, Gunn explores the way pragmatism
successfully responds to conceptual and methodological
controversies, from the rebirth of ideology, the spread of
interdisciplinarity, and the development of the new
historicism, to the revolt against theory, the erosion of
public discourse, and the problematics of American civil
religion. Drawing throughout on the work of William James,
Henry James, Sr., John Dewey, Kenneth Burke, W. E. B. Du
Bois, Richard Poirier, Stanley Cavell, Clifford Geertz, Frank
Lentricchia, Richard Rorty, Richard J. Bernstein, and
others, Gunn shows that pragmatism, because it offers a way
of thinking across the categories of modern intellectual
specializations, is located at the intersection of these
critical, and often competitive, discourses. The postmodern
challenge for the pragmatist thinker is not only how to
render these different discourses conversible with one
another, but how to turn the salient insights of each into
elements of a new democratic and critical public culture, one
able to counter the twin threats of ideology and solipsism.

Giles Gunn is one of our most acclaimed contemporary critics,
and this broad and ambitious book is certain to become one of
the central works in the current revival of critical
pragmatism and cultural studies.