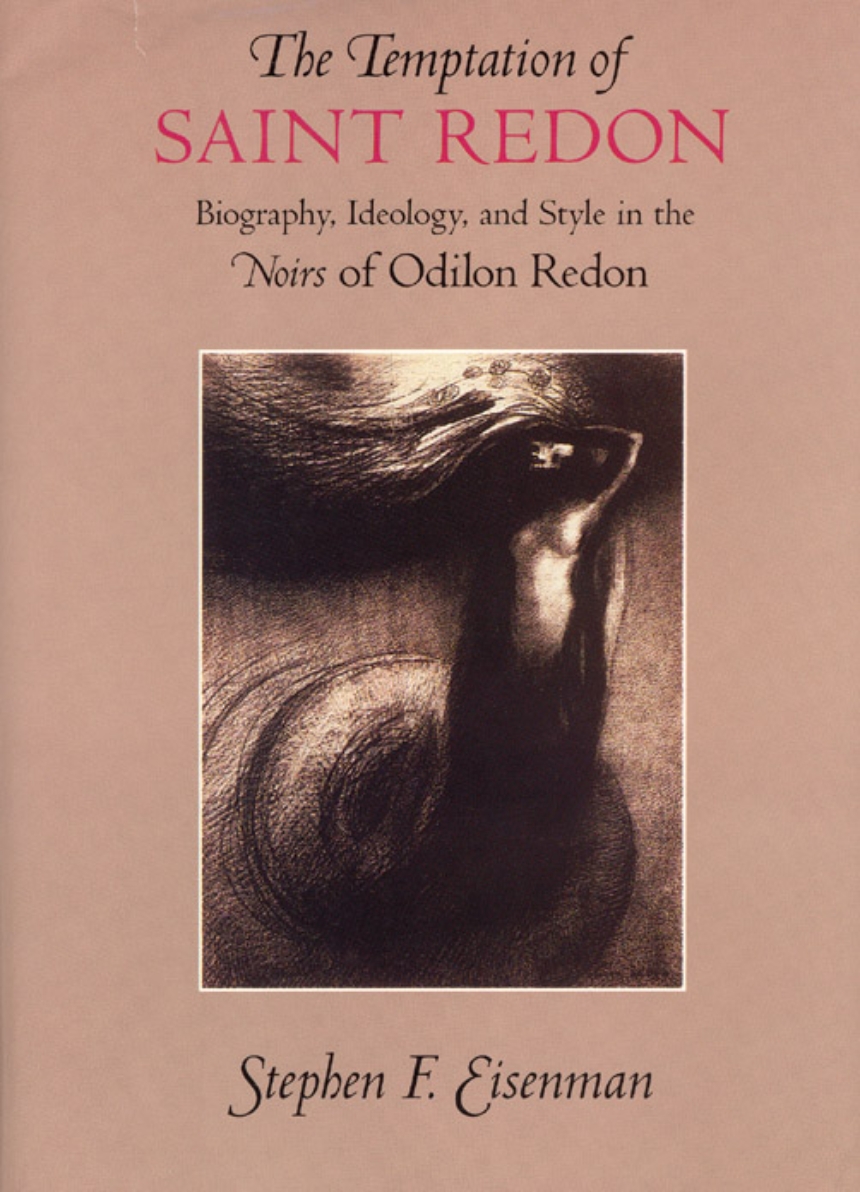 The Temptation of Saint Redon

Biography, Ideology, and Style in the Noirs of Odilon Redon

The Temptation of Saint Redon

Biography, Ideology, and Style in the Noirs of Odilon Redon

Bristling with demons, grotesques, and bizarre apparitions, the graphic work of Odilon Redon has often seemed to be the product of a mind unhinged. In The Temptation of Saint Redon, Stephen F. Eisenman argues instead that these works are Redon’s conscious and considered response to changing social realities—an attempt to find refuge from the forces of modernization in an imaginative world of the macabre and the fantastic. Eisenman’s careful attention to the circumstances of Redon’s life (1840-1916) allows him to bring into focus the interconnections between Redon’s complex style and the culture and society of his time. Born and raised on a sixteenth-century estate near Bordeaux, Redon was immersed as a child in traditional rural culture. "I spent my entire childhood in the Médoc completely free, among peasant children," he recalled in his memoirs. "I heard them tell supernatural tales—witches still exist there."

Indeed, local tales and legends of witches, ghosts, one-eyed monsters, evil eyes, and wood fairies figure prominently in Redon’s graphic works, which he called his noirs, or "blacks." After formal training at Bordeaux and Paris in the 1850s and 1860s, Redon began to chart his independent artistic course. Eisenman shows how, rejecting both naturalism and classicism, Redon, a prototypical Symbolist, found in grotesque and epic genres the expression of organic communities and precapitalist societies. He places Redon’s desire for this imagined world of superstitious simplicity a desire manifest in his entire mature artistic practice in the context of contemporary avant-garde movements.

Redon’s great noirs of the 1870s and 1880s, dreamlike configurations of seemingly irreconcilable elements from portraits, still lifes, and landscapes, show an increasingly subtle control of connotation and a complex indebtedness to caricature, allegory, and puns. Many of the noirs also visually interpret works by like-minded authors, including Baudelaire, Flaubert, Poe, and Mallarmé, one of Redon’s close friends. Eisenman’s analysis of the noirs underscores Redon’s interest in creating an imaginative, even fantastic art, that could act directly on the human spirit. In addition to deepening our understanding of Redon and his art, The Temptation of Saint Redon exposes a link between place, politics, personal history, and the artistic imagination.