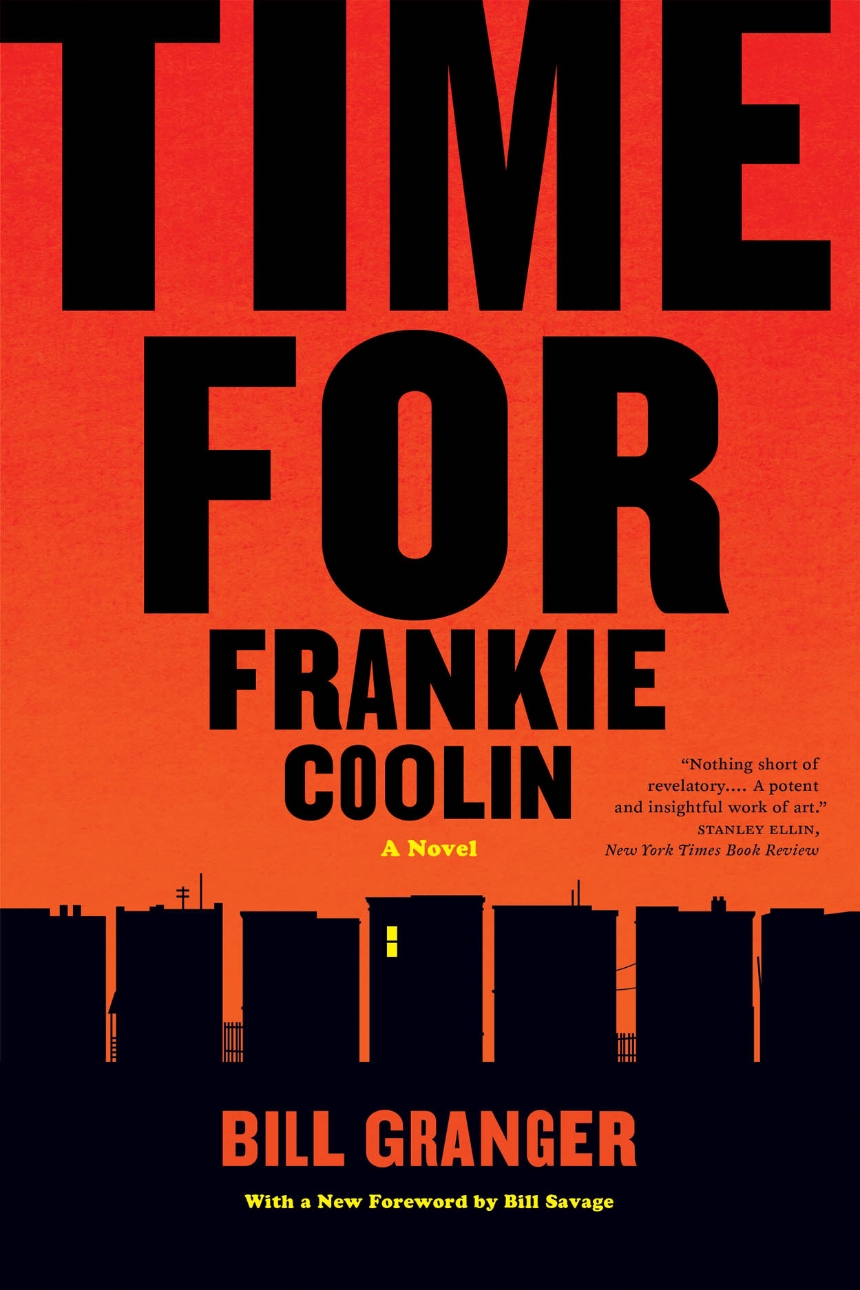 With a New Foreword by Bill Savage
Known as much for his journalistic reporting as for the fiction he wrote under a variety of pen names, Bill Granger combined his divergent talents in his powerful novel Time for Frankie Coolin. With distinctive voices, compelling characters, on-the-ground observation, and suspense, it offers a serious, illuminating take on the changing tides of race, class, and politics in late twentieth-century Chicago.

Time for Frankie Coolin tells the story of a plasterer turned landlord in Chicago who, in the late 1970s, buys abandoned buildings and makes them just habitable enough that he can charge minimal rent to his mostly black tenants. Frankie—both a tough guy in the trades and a family man—has done well by his wife and kids, moving them to a house in the suburbs. But a casual favor for his wife’s cousin—allowing the man to store some crates in an empty building—and a random act of arson set in motion a cascade of crises, including a menacing pair of G-men and the looming threat of prison if Frankie doesn’t talk. But since talking has never been one of Frankie’s strengths, he copes as he always has: by trying to tough it out on his own.

Calling to mind such gritty poets of the urban scene as George V. Higgins and Nelson Algren, Time for Frankie Coolin is both a psychological thriller and a ’70s Chicago period piece that shines a surprisingly sympathetic light on the often ignored stories of the people who lived, worked, and died at the city’s margins.

“When the writers who are Chicago’s eternal gift to literature gather in the smoky dark spilled beer taverns of heaven to share their best work, Bill Granger will be bringing along Time For Frankie Coolin. Granger left us with a bunch of terrifically entertaining, solid stories. The November Man series—even with the marketing mischief done in the reissues in changing titles and making a horrible movie—will stand the test of time. But it’s Time For Frankie Coolin that will earn Granger a place at the table with the masters. . . . [A] quiet gem. . . . In these times of racist horror shows, the disappearing middle class and all the changes in what it means to be a family, maybe this book is just what the world needs again.”

“A raw and vivid slice of Chicago.”

“Granger has painted the picture of a familiar working class type so brilliantly and with such sensitivity that the experience of living with Frankie Coolin for a few critical weeks of his life is nothing short of revelatory. . . . At the end of his story we are all the better for having walked a long mile uphill in his work shoes. Never mind literary categorizations, Time for Frankie Coolin is a potent and insightful work of art.”

“A superb novel, the real thing.”

“Demonstrates an uncanny ear for dialogue and a remarkable ability to pull us into the seamy alleys of modern Chicago. This is a gripping novel, a brilliant study of a simple/complex man—who grows on us like an abandoned puppy—and of a loving family closing ranks around him almost against his will.”