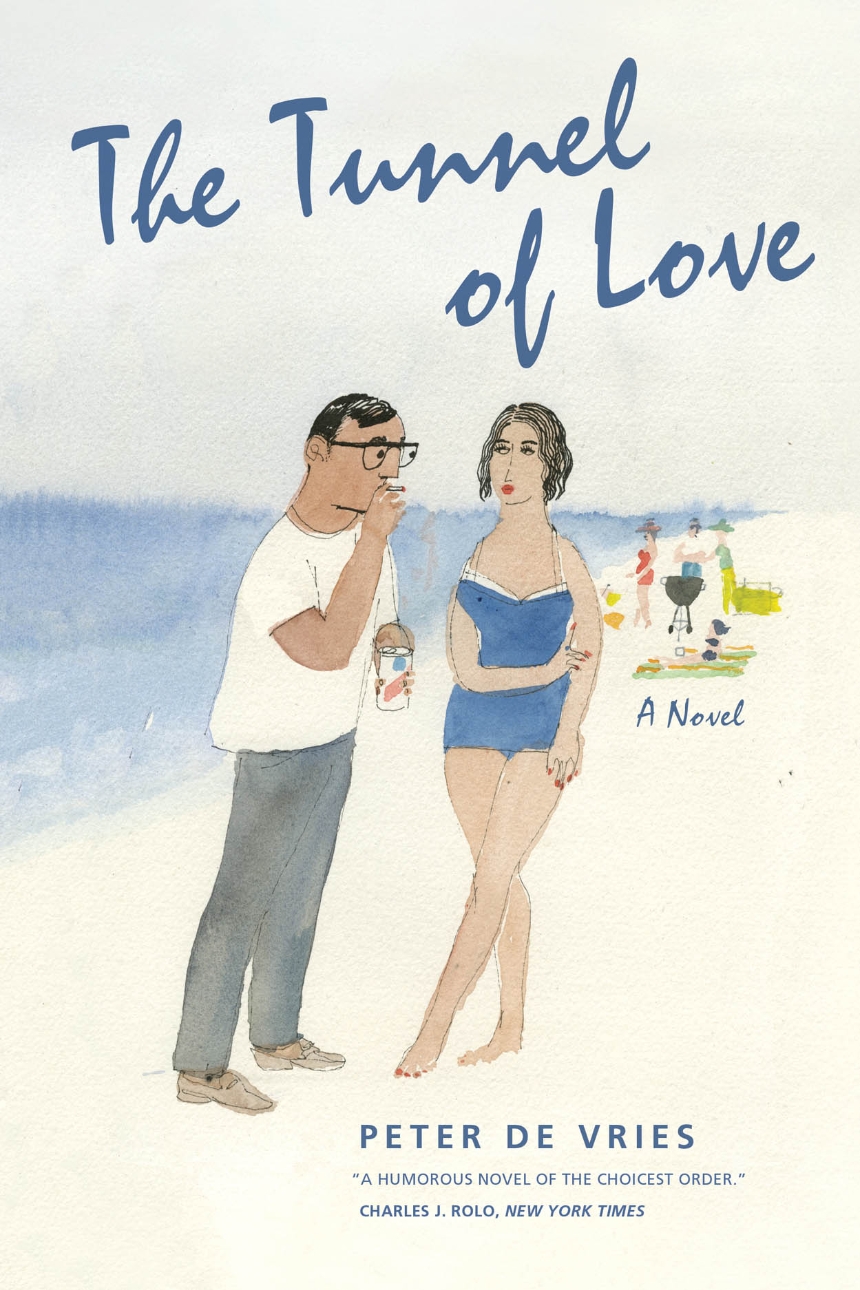 The Tunnel of Love

The Tunnel of Love

Foreword by D. G. Myers
Harking from the golden age of fiction set in American suburbia—the school of John Updike and Cheever—this work from the great American humorist Peter De Vries looks with laughter upon its lawns, its cocktails, and its slightly unreal feeling of comfort. De Vries’s classic situation comedy The Tunnel of Love follows the interactions of a socially insecure, pun-loving family man, an officious lady caseworker from an adoption agency, and a chauvinist pig—all suburban neighbors who know far too much about one another’s private lives in this goofy and gently hilarious tale of marital quibbles. Noted as much for his verbal fluidity and wordplay as for his ability to see humor through pain, De Vries will delight both new readers and old in this uproarious modern masterpiece.

“A humorous novel of the choicest order.”

“De Vries . . . has an acute sense of the absurd and an absurd way of being acute. He has written an amusing, screwball farce.”

“Entertaining in its insouciant parodies of high-flown writing and deadly portrayal of the pretensions of upscale intellectuals.”

“One of the funniest books to come along in any season.”

“The funniest serious writer to be found on either side of the Atlantic.”

“A trio of long out-of-print books, republished this fall by the University of Chicago Press, underscores the satirical brilliance of a mostly forgotten humorist. De Vries skewered a distinctly male form of idiocy, demonstrated by characters who are witty, well-spoken, and lacking what a later generation would call emotional intelligence.”

“De Vries was an editor at Poetry magazine, a staff writer at The New Yorker, and the author of some two dozen of the wittiest novels you’ll ever read, including the masterworks The Blood of the Lamb and Slouching Toward Kalamazoo, as well as The Tunnel of Love and Reuben, Reuben, just resurrected in handsome paperback by the University of Chicago Press. . . . In The Tunnel of Love, especially, about the wedlocked hurly-burly of restive suburbanites, his Twainian one-liners come like a cataract. . . . Only those with a consummate lack of cleverness wield the word ‘clever’ as an insult, and De Vries demonstrates just how much can be done with a creative intelligence charged by the clever and satirical and ironic. Let us now praise those saints at the University of Chicago Press who possess the smarts and good taste to return to print a peerless American maestro of wit.”

“A decade ago, the off-kilter universe created by Peter De Vries was almost forgotten—his work out of print, relegated to the shelves and Web sites of antiquarian booksellers. But thanks to the University of Chicago Press, which has reissued attractive paperback editions of five of his books so far, the emergency is over. . . . The Tunnel of Love [is] an agreeable, even fizzy portrait of postwar suburban America. . . . De Vries’s books certainly respect the conventions of plot and character, but his heart is elsewhere—with his sly, even subversive wit that detonates paragraph after paragraph as the narratives unfold. . . . In the end, the main characters become older if not much wiser, but their goings-on are accompanied by cocktail-party chatter that shows off De Vries’s ear for malapropisms (a woman confesses ‘Did I ever tell you about my aberration?’), epigramic observations (‘There are times when parenthood seems nothing but feeding the mouth that bites you’) and one-liners, some of which have become immortal, among them: ‘Deep down, he’s shallow!’ From the start, his comedic gifts were abundant and turned out to be far more enduring than those of such contemporaries as S.J. Perelman and even James Thurber.”

“Quick with quips so droll and witty, so penetrating and precise that you almost don’t feel them piercing your pretensions, Peter De Vries was perhaps America’s best comic novelist not named Mark Twain. . . . It’s something of a crime against literature that De Vries, whose novels of the 1950s and early ’60s made wonderful sport of postwar striving, the middle-class move to the suburbs, and generational clashes that would render major cultural shifts just a few years hence, has mostly been forgotten. . . . Literature—in the form of the University of Chicago Press—is making amends for its lapses by re-issuing the best of De Vries’ works, five comic tomes long out of print.”