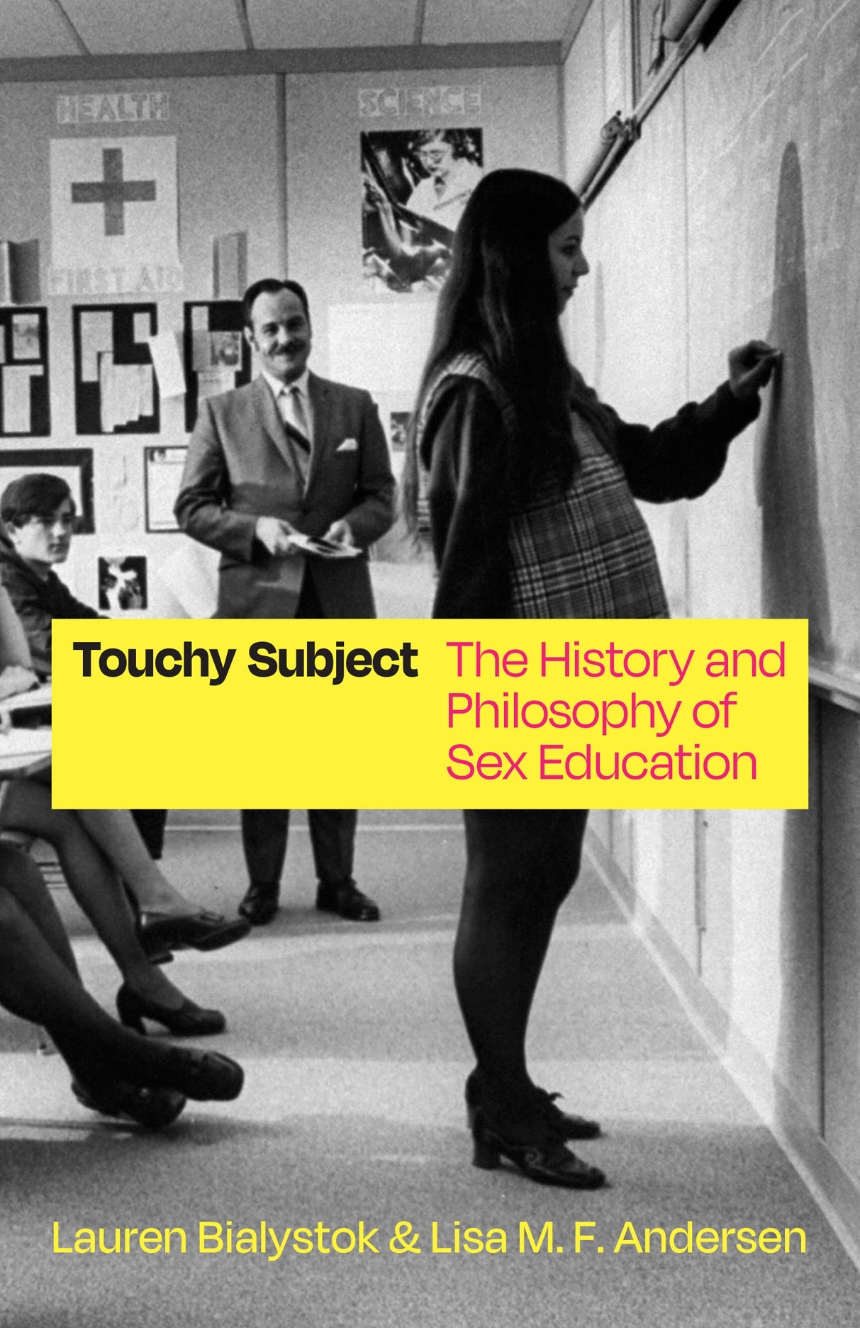 The History and Philosophy of Sex Education

The History and Philosophy of Sex Education

A case for sex education that puts it in historical and philosophical context.

In the United States, sex education is more than just an uncomfortable rite of passage: it's a political hobby horse that is increasingly out of touch with young people’s needs. In Touchy Subject, philosopher Lauren Bialystok and historian Lisa M. F. Andersen unpack debates over sex education, explaining why it’s worth fighting for, what points of consensus we can build upon, and what sort of sex education schools should pursue in the future.

Andersen surveys the history of school-based sex education in the United States, describing the key question driving reform in each era. In turn, Bialystok analyzes the controversies over sex education to make sense of the arguments and offer advice about how to make educational choices today. Together, Bialystok and Andersen argue for a novel framework, Democratic Humanistic Sexuality Education, which exceeds the current conception of “comprehensive sex education” while making room for contextual variation.  More than giving an honest run-down of the birds and the bees, sex education should respond to the features of young people’s evolving worlds, especially the digital world, and the inequities that put some students at much higher risk of sexual harm than others. Throughout the book, the authors show how sex education has progressed and how the very concept of “progress” remains contestable.

History and Philosophy of Education Series

“Touchy Subject tackles an incredibly important and vexing subject: sex education and its place in public schooling. Andersen and Bialystok team up to provide an engaging look back at the mostly terrible ways that we have approached sex education in North America. They examine the aims and arguments for sex education in public schools and propose an enlightened but politically liberal approach they call ‘Democratic Humanistic Sexuality Education.’ This approach foregrounds children’s interests and needs in health and well-being, and a pluralistic society’s interest in religious neutrality."

“To casual observers, it might seem as if Americans are hopelessly divided on sex education in public schools. Bialystok and Andersen do an admirable job of moving beyond the standard assumption of a simple, implacable culture-war divide on the issue and pave the way for productive discussion.”

Introduction 1
1 Prudish or Prudent:
The Origins of Classroom-Based Sex Education, 1880–1922
2 Happiness or Public Health:
Sex Education’s Shifting Purposes, 1920–1970
3 Peers or Professionals:
Authority, Activism, and Sex Education, 1970–2000
4 How Much Room Is There for Disagreement?
5 Who’s the Boss?
6 What Are Schools For?
Conclusion: We’re Out of Touch
Acknowledgments
Notes
Index