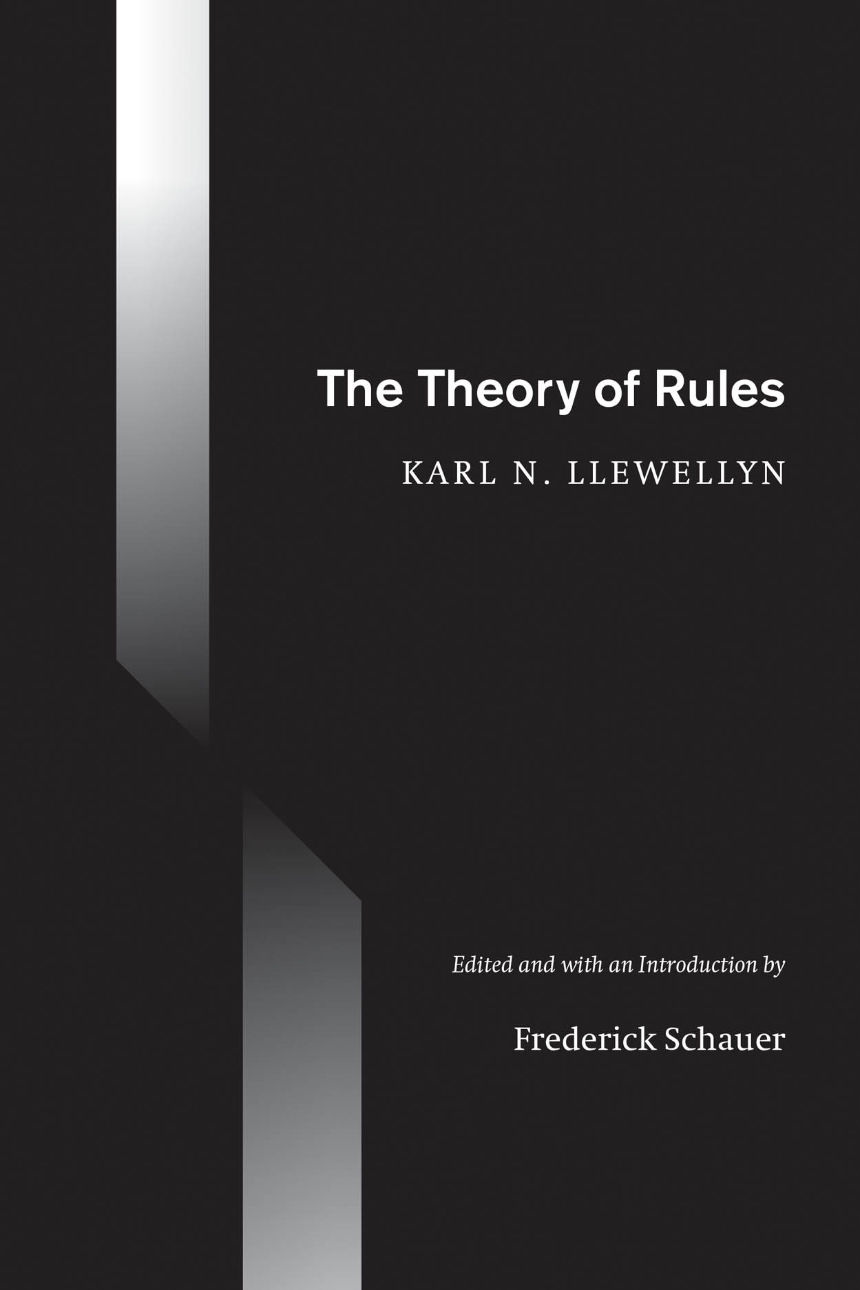 The Theory of Rules

The Theory of Rules

Edited and with an Introduction by Frederick Schauer

Karl N. Llewellyn was one of the founders and major figures of legal realism, and his many keen insights have a central place in American law and legal understanding. Key to Llewellyn’s thinking was his conception of rules, put forward in his numerous writings and most famously in his often mischaracterized declaration that they are “pretty playthings.” Previously unpublished, The Theory of Rules is the most cogent presentation of his profound and insightful thinking about the life of rules.

This book frames the development of Llewellyn’s thinking and describes the difference between what rules literally prescribe and what is actually done, with the gap explained by a complex array of practices, conventions, professional skills, and idiosyncrasies, most of which are devoted to achieving a law’s larger purpose rather than merely following the letter of a particular rule. Edited, annotated, and with an extensive analytic introduction by leading contemporary legal scholar Frederick Schauer, this rediscovered work contains material not found elsewhere in Llewellyn’s writings and will prove a valuable contribution to the existing literature on legal realism.

“Important on several levels—biographical, historical, and jurisprudential—Karl N. Llewellyn’s The Theory of Rules will immediately claim a place in the corpus of American legal theory.  Llewellyn’s prose here is less precious and idiosyncratic than in many of his other writings, and the remaining mysteries are dispelled by Frederick Schauer’s marvelously lucid introduction and detailed notes. As to several of the core problems of legal theory—the nature of rules, the differences between rules and standards, the roles of literalism and purpose in legal interpretation, the prediction theory of law—Llewellyn and Schauer have jointly produced an indispensable text.”

“With Frederick Schauer’s recovery and annotation of Karl Llewellyn’s unpublished manuscript, The Theory of Rules, an important statement of the jurisprudential perspective of one of the leading American Realist scholars is made available. Llewellyn’s contributions are enhanced and made accessible by Schauer’s valuable introduction and notes. The result is a fortunate interaction of the work of one of the great figures in American jurisprudence with that of one of the nation’s leading contemporary scholars.”

“Karl Llewellyn was one of the most creative and significant theorists of American law in the twentieth century, along with jurists and scholars like Benjamin Cardozo, Lon Fuller, and Richard Posner. The recovery of his never-before-published manuscript of The Theory of Rules is an important contribution to the intellectual history of twentieth-century legal thought. Frederick Schauer has done exemplary editorial work on the volume, both by supplying the missing scholarly apparatus the text required and through his substantial introduction, which expertly and lucidly surveys the main themes of The Theory of Rules, and locates them in terms of their jurisprudential significance today.”

THE THEORY OF RULES

CHAPTER I / The Frame of the Discussion

CHAPTER V / Rule of Conduct, and the Legal Order

CHAPTER VIII / Stabilities within the Leeways