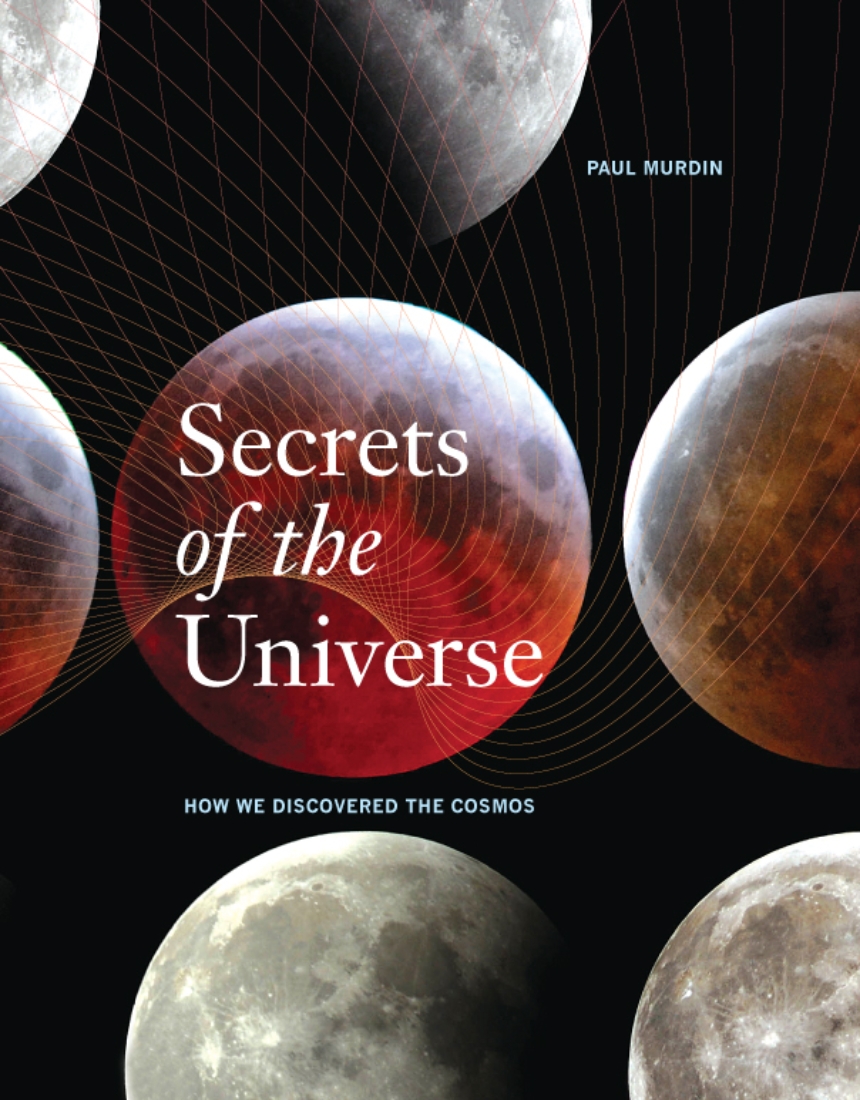 Secrets of the Universe

How We Discovered the Cosmos

Secrets of the Universe

How We Discovered the Cosmos

Discoveries in astronomy challenge our fundamental ideas about the universe. Where the astronomers of antiquity once spoke of fixed stars, we now speak of whirling galaxies and giant supernovae. Where we once thought Earth was the center of the universe, we now see it as a small planet among millions of other planetary systems, any number of which could also hold life. These dramatic shifts in our perspective hinge on thousands of individual discoveries: moments when it became clear to someone that some part of the universe—whether a planet or a supermassive black hole—was not as it once seemed.

Secrets of the Universe invites us to participate in these moments of revelation and wonder as scientists first experienced them. Renowned astronomer Paul Murdin here provides an ambitious and exciting overview of astronomy, conveying for newcomers and aficionados alike the most important discoveries of this science and introducing the many people who made them. Lavishly illustrated with more than 400 color images, the book outlines in seventy episodes what humankind has learned about the cosmos—and what scientists around the world are poised to learn in the coming decades. Arranged by types of discovery, it also provides an overarching narrative throughout that explains how the earliest ideas of the cosmos evolved into the cutting-edge astronomy we know today. Along the way, Murdin never forgets that science is a human endeavor, and that every discovery was the result of inspiration, hard work, or luck—usually all three.

The first section of Secrets explores discoveries made before the advent of the telescope, from stars and constellations to the position of our own sun. The second considers discoveries made within our own solar system, from the phases of Venus and the moons of Jupiter to the comets and asteroids at its distant frontier. The next section delves into discoveries of the dynamic universe, like gravitation, relativity, pulsars, and black holes. A fourth examines discoveries made within our own galaxy, from interstellar nebulae and supernovae to Cepheid variable stars and extrasolar planets. Next Murdin turns to discoveries made within the deepest recesses of the universe, like quasars, supermassive black holes, and gamma ray bursters. In the end, Murdin unveils where astronomy still teeters on the edge of discovery, considering dark matter and alien life.

"[An] utterly absorbing account of the universe and how our knowledge of it has been acquired. . . . . Murdin’s book beautifully illustrates the story of the astronomical quest. It should be under every Christmas tree this year, for anyone of any age and any stage of scientific literacy or illiteracy--and if the latter, it will soon and magnificently change it to the wonder in which all enquiry begins."

“If your interest in astronomy has been flagging, this is the book to reignite your sense of wonder. . .  This is a marvelous overview of astronomy, from its colorful history to today’s hottest topics. . . . This is a storyteller’s history of astronomy, constructed like a collection of short stories that invites readers to delve in at any point. Murdin approaches each subject with passion, insight, and explanations that make the most complex topics—relativity, gravitation, cosmology—not just accessible, but completely absorbing.”

"This well-written and illustrated book should be considered a reference shelf staple in one’s professional  library or classroom."