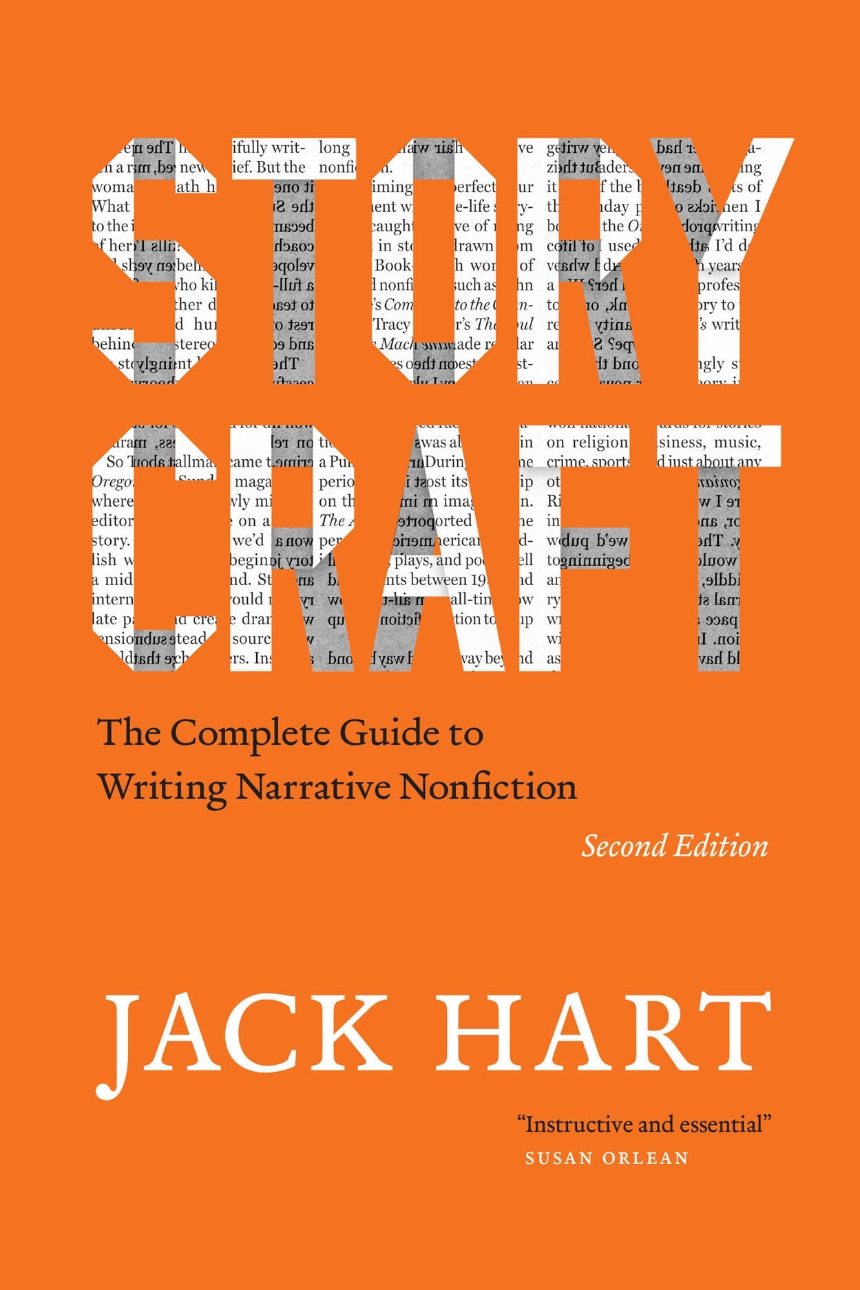 Jack Hart, master writing coach and former managing editor of the Oregonian, has guided several Pulitzer Prize–winning narratives to publication. Since its publication in 2011, his book Storycraft has become the definitive guide to crafting narrative nonfiction. This is the book to read to learn the art of storytelling as embodied in the work of writers such as David Grann, Mary Roach, Tracy Kidder, and John McPhee.
In this new edition, Hart has expanded the book’s range to delve into podcasting and has incorporated new insights from recent research into storytelling and the brain. He has also added dozens of new examples that illustrate effective narrative nonfiction.
This edition of Storycraft is also paired with Wordcraft, a new incarnation of Hart’s earlier book A Writer’s Coach, now also available from Chicago.

"Instructive and essential, reading Storycraft is like finding the secret set of blueprints to the writer's craft. Better still, it is engaging, funny, and wise—wonderful to read and wonderful to learn from."

Susan Orlean, Author of The Orchid Thief and The Library Book

“When I think back on what I have learned about storytelling over the last 30 years, the trail of memory leads back time and again to Jack Hart. No one has done more to inspire better narrative writing in America.”

“This book is a master class in narrative nonfiction, a must-read for anyone who wants to tell true stories. Whether you’re a novice writer or seasoned veteran, you will learn from Hart’s insight and examples culled from decades of coaching and editing some of the country’s best reporters. He shows us how to seek scenes, build structure, explore voices, write riveting stories—then make them sing.”

"It’s no small feat to make the best better. Yet Jack Hart does just that with the updated version of Storycraft. Of the scores of journalism books on my shelves, Hart’s work is among the most essential. He puts language and structure behind the mysterious process of writing, with examples that give any journalist—from student to award-winning—work to aspire to. If you’re looking for a guide that is as useful as it is inspirational, this is it."

“Jack Hart was hands-down the best narrative editor ever to work in newspapers.”

"Jack Hart is one of the country's foremost writing coaches. Generations of writers found their voices, found their stories, found their heroes, heroines and villains in the news. Under his leadership the whole news industry learned a new way of connecting with its readers. I know I did. The lessons he teaches are about storytelling, structuring, pacing, tension and conflict.These lessons are perhaps even more important now in a digital age that sometimes forgets that—without a story to tell—words, videos, graphs, graphics, emails, alerts and news bulletins are just so much noise."

Jack Hart is to writing coaches as Bill Belichick is to football coaches: the best of all time. In Storycraft he shares what he’s learned over a lifetime of working with writers on non-fiction narratives that won nearly every major journalism prize including the Pulitzer.

Preface to the Second Edition