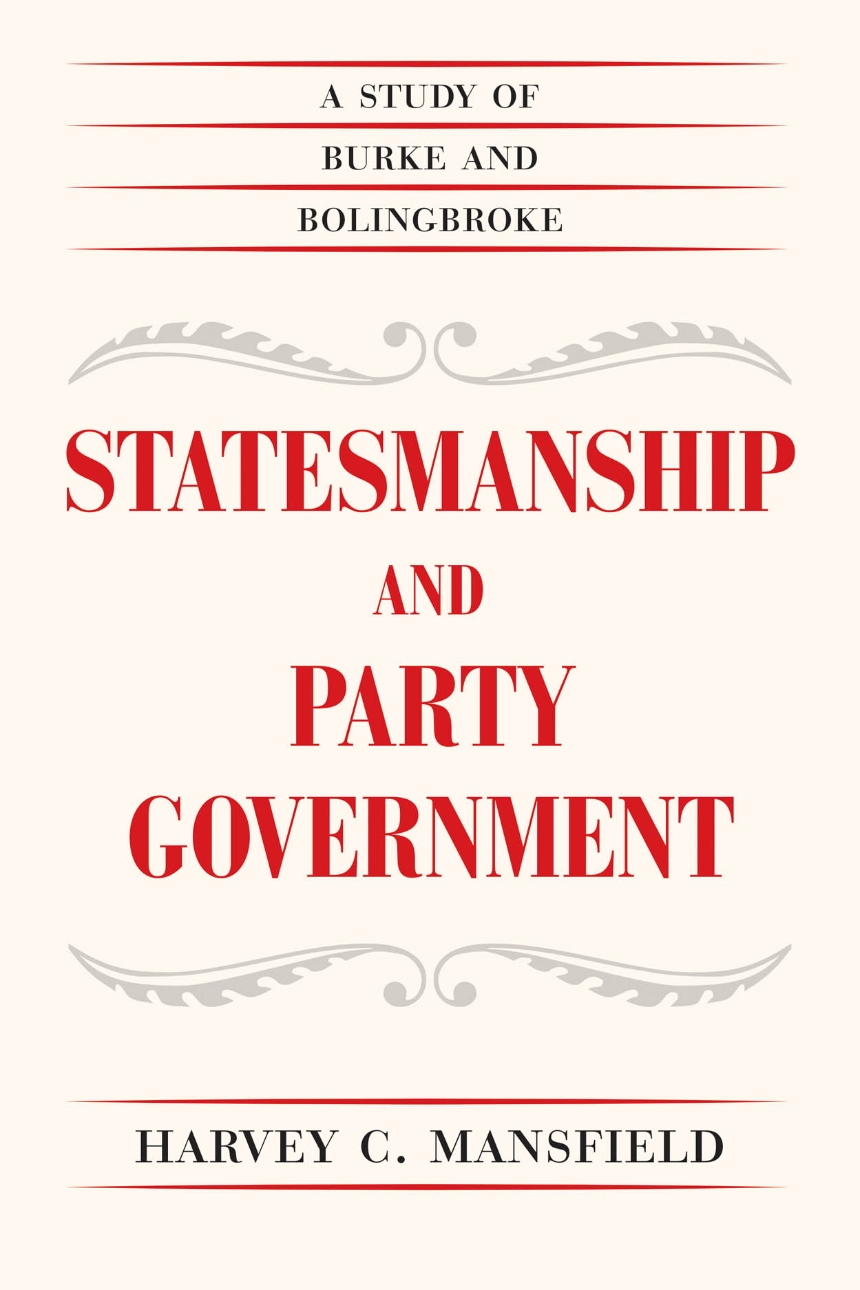 A Study of Burke and Bolingbroke

A Study of Burke and Bolingbroke

In this incisive look at early modern views of party politics, Harvey C. Mansfield examines the pamphlet war between Edmund Burke and the followers of Henry St. John, First Viscount Bolingbroke during the mid-eighteenth century. In response to works by Bolingbroke published posthumously, Burke created his most eloquent advocacy of the party system. Taking an interdisciplinary approach to the material, Mansfield shows that present-day parties must be understood in the light of the history of party government. The complicated organization and the public actions of modern parties are the result, he contends, and not the cause of a great change in opinion about parties.

Mansfield points out that while parties have always existed, the party government that we know today is possible only because parties are now considered respectable. In Burke’s day, however, they were thought by detractors to be a cancer in a free polity. Even many supporters of the parties viewed them as a dangerous instrument, only to be used cautiously by statesmen in dire times. Burke, however, was an early champion of the party system in Britain and made his arguments with a clear-eyed realism. In Statesmanship and Party Government, Mansfield provides a skillful evaluation of Burke’s writings and sheds light present-day party politics through a profound understanding of the historical background of the their inception.