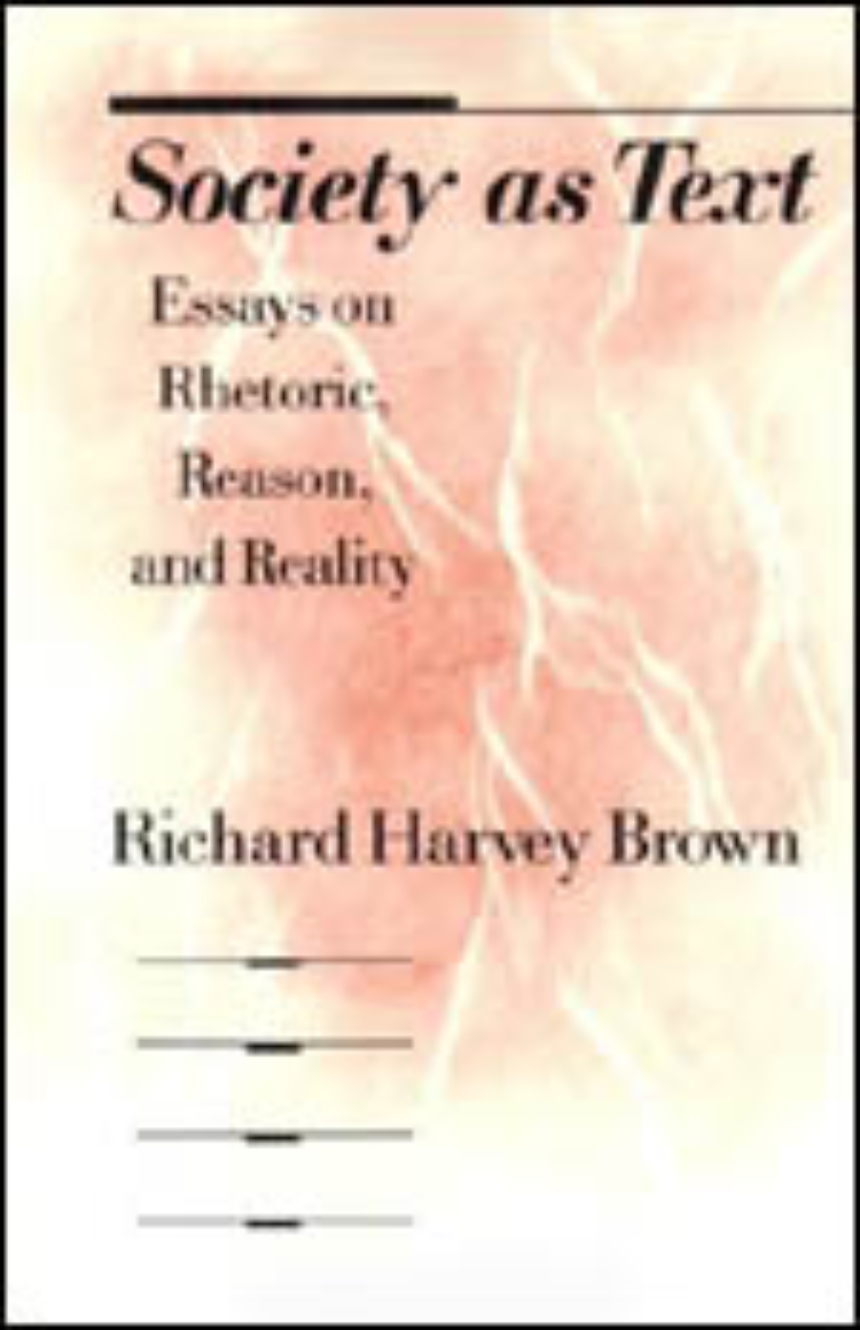 Essays on Rhetoric, Reason, and Reality

Essays on Rhetoric, Reason, and Reality

Brown makes elegant use of sociological theory and of insights from language philosophy, literary criticism, and rhetoric to articulate a new theory of the human sciences, using the powerful metaphor of society as text.

Acknowledgments
Introduction
1. Discourse and Polity
Sociolinguistics, Language Use, and the Mobilization of Low-Income Groups
2. Personal Identity and Political Economy
Western Grammars of the Self in Historical Perspective
3. Reason as Rhetorical
On Relations between Epistemology, Discourse, and Practice
4. Theories of Rhetoric and the Rhetoric of Theories
Emile Durkheim and the Political Symbology of Sociological Truth
5. Rhetoric and the Science of History
The Debate between Evolutionism and Empiricism as a Conflict of Metaphors
6. Social Reality as Narrative Text
Interactions, Institutions, and Polities as Language
7. Narrative Fiction as Social Text
Literature, Literary Theory, and the Self as Social-Symbolic Act
8. Literary Form and Sociological Theory
Dialectical Irony as Emancipatory Discourse
Notes
References
Index