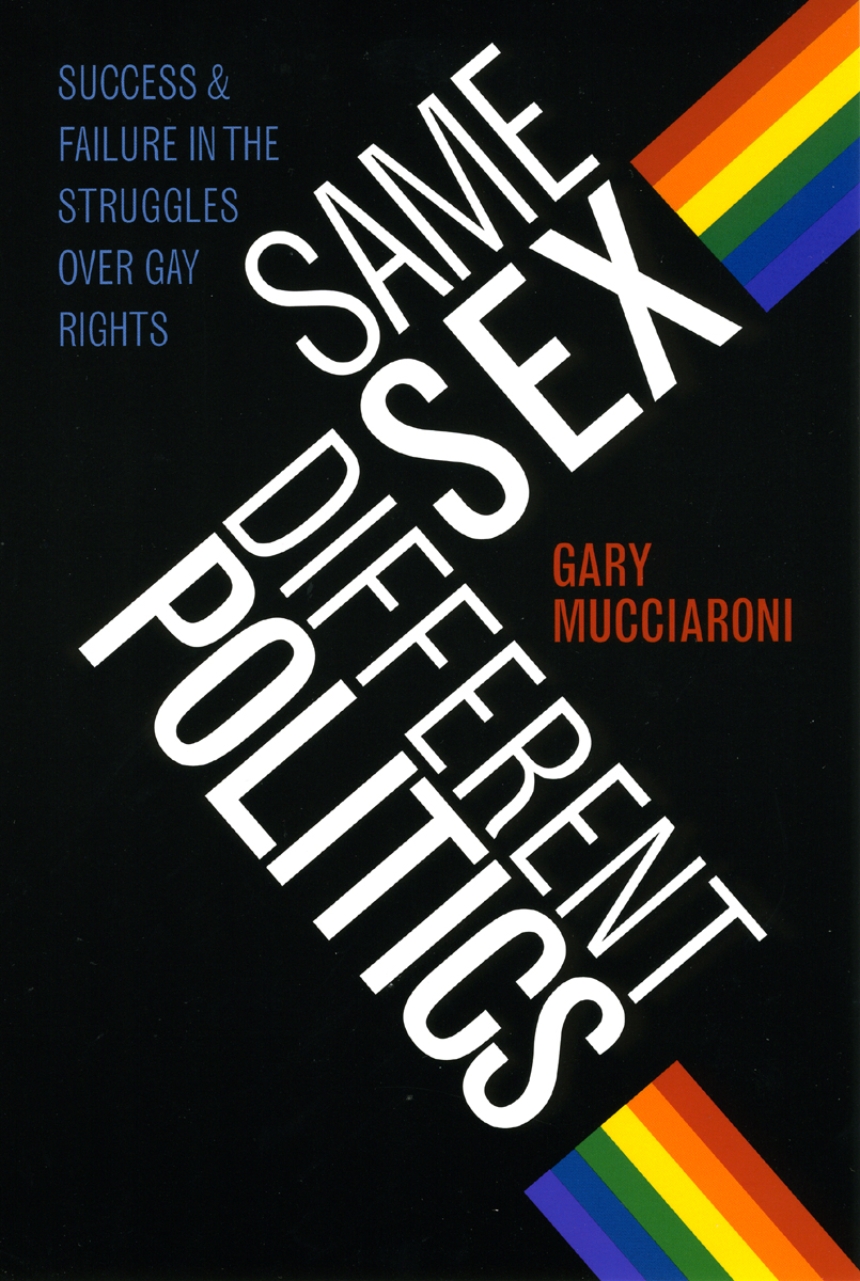 Success and Failure in the Struggles over Gay Rights

Success and Failure in the Struggles over Gay Rights

Why is it so much harder for American same-sex couples to get married than it is for them to adopt children? And why does our military prevent gays from serving openly even though jurisdictions nationwide continue to render such discrimination illegal? Illuminating the conditions that engender these contradictory policies, Same Sex, Different Politics explains why gay rights advocates have achieved dramatically different levels of success from one policy area to another.
The first book to compare results across a wide range of gay rights struggles, this volume explores debates over laws governing military service, homosexual conduct, adoption, marriage and partner recognition, hate crimes, and civil rights. It reveals that in each area, the gay rights movement’s achievements depend both on Americans’ perceptions of its demands and on the political venue in which the conflict plays out. Adoption policy, for example, generally takes shape in a decentralized system of courts that enables couples to target sympathetic judges, while fights for gay marriage generally culminate in legislation or ballot referenda against which it is easier to mount opposition. Brilliantly synthesizing all the factors that contribute to each kind of outcome, Same Sex, Different Politics establishes a new framework for understanding the trajectory of a movement.

"The book would be of potential interest to anyone interested in how contextual factors affect tjhe success of a social movement. . . . [It] not only giives readers a thorough overview of U.S. gay and lexbian rights politics, but it also improves our understanding of the role of public opnion and political context in policy making process."