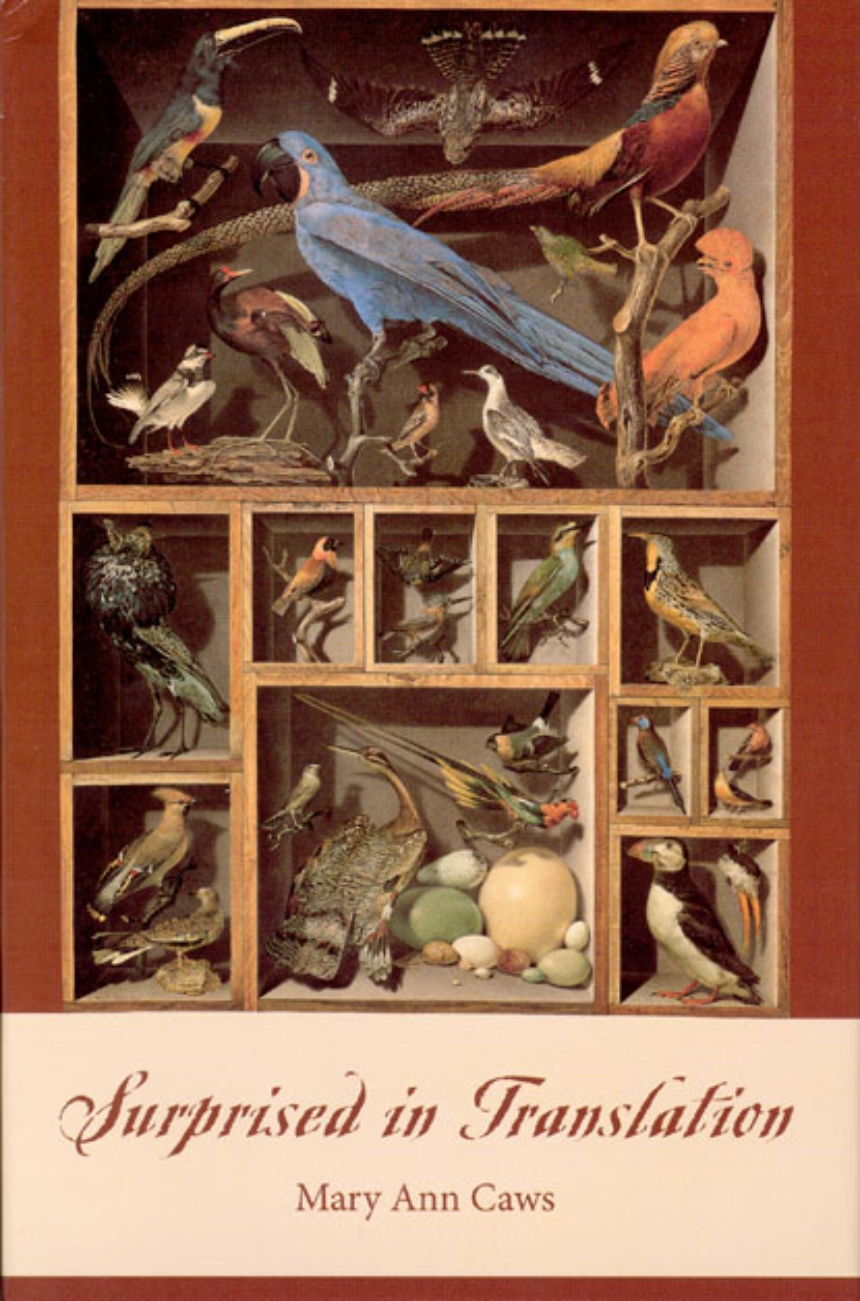 For Mary Ann Caws—noted translator of surrealist poetry—the most appealing translations are also the oddest; the unexpected, unpredictable, and unmimetic turns that translations take are an endless source of fascination and instruction. Surprised in Translation is a celebration of the occasional and fruitful peculiarity that results from some of the most flavorful translations of well-known authors. These translations, Caws avers, can energize and enliven the voice of the original.

In eight elegant chapters Caws reflects on translations that took her by surprise. Caws shows that the elimination of certain passages from the original—in the case of Stéphane Mallarmé translating Tennyson, Ezra Pound interpreting the troubadours, or Virginia Woolf rendered into French by Clara Malraux, Charles Mauron, and Marguerite Yourcenar—often produces a greater and more coherent art. Alternatively, some translations—such as Yves Bonnefoy’s translations of Shakespeare, Keats, and Yeats into French—require more lines in order to fully capture the many facets of the original. On other occasions, Caws argues, a swerve in meaning—as in Beckett translating himself into French or English—can produce a new text, just as true as the original.

Imbued with Caws’s personal observations on the relationship between translators and the authors they translate, Surprised in Translation will interest a wide range of readers, including students of translation, professional literary translators, and scholars of modern and comparative literature.

"Caws shuns the literal translation of poetry and celebrates the ambiguity a writer can create through various translational acts. . . . This book is a delightfully satisfying read for anyone who has tiptoed this fragile terrain [of translation]."

"Caws strikes the middle ground between the demands of two different audiences. She approaches a topic on which nearly everyone has an opinion in a manner that is scholarly if not theoretical, discussing a subject some would leave to the experts in a fashion that is accessible without being condescending."

"The reader closes the book happy in the knowledge that this elegant, well-researched, and even poetic book is written with love and attention by a talented translator and translation critic."

"[Students of literature] will emerge from the study with the conviction that the act of translation is more subtle than they imagined. . . . In other words, Surprised in Translation is of interest to an audience much broader than translators alone."

Preface: A Note on Surprise
Acknowledgments
I The Salmon and Some Parrots
II Translating Together
III Greeting, Slippage, and Shaping
IV Mallarmé in England and at Home
V Woolf in Translation
VI Pound at Liberty
VII Becket’s Business
VIII Shakespeare, Keats, and Yeats, by Bonnefoy
Coda: Surrealism as Surprise
Bibliography
Index