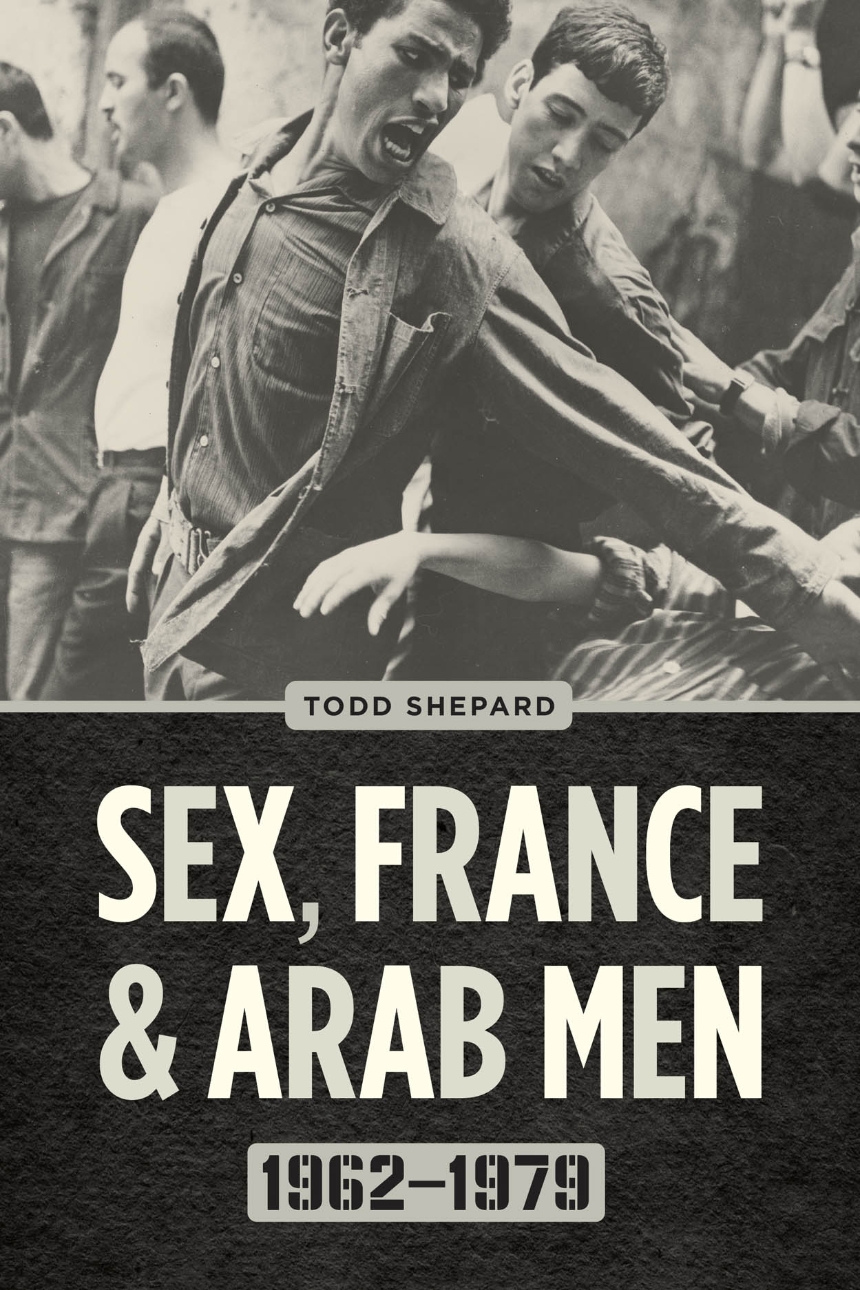 The aftermath of Algeria’s revolutionary war for independence coincided with the sexual revolution in France, and in this book Todd Shepard argues that these two movements are inextricably linked.​

Sex, France, and Arab Men is a history of how and why—from the upheavals of French Algeria in 1962 through the 1970s—highly sexualized claims about Arabs were omnipresent in important public French discussions, both those that dealt with sex and those that spoke of Arabs. Shepard explores how the so-called sexual revolution took shape in a France profoundly influenced by the ongoing effects of the Algerian revolution. Shepard’s analysis of both events alongside one another provides a frame that renders visible the ways that the fight for sexual liberation, usually explained as an American and European invention, developed out of the worldwide anticolonial movement of the mid-twentieth century.

“A timely history of violence, fear, and prejudice in France since 1962. The figure of the North African Arab, as Todd Shepard deftly shows, is still present in French culture, although what was arguably at first a conflict of nationalisms is nowadays articulated as a fight against terrorism and Muslim extremism. A complex and thorough picture emerges.”

“Shepard’s study, with its emphasis on daring ideas about sex and revolution half a century ago, is rich with implications for the present.”

“Shepard’s book is an achievement. His methodological insistence on holding decolonization and the Sexual Revolution together within the same frame of analysis yields new and substantial insights in both of these fields. Shepard is utterly convincing: we cannot understand how the global patterns of the Sexual Revolution impacted France without understanding France’s post-decolonization context. The breadth and depth of Shepard’s archival work, too, is striking. Numerous films, plays, television documentaries, works of scholarship and theory, major and minor right-wing journals, Maghrebi writers, underground magazines and posters, police files: the reader has the dizzying impression that Shepard has located and perceptively analyzed every relevant instance of ‘sex talk’ in these years.”

“By putting Maghrebi-French men and women at the center of the story, the book casts new light on the 1962–79 period, which has been relatively under-appreciated by scholars of postcolonial France… The book also makes an original contribution to the historiography of the sexual revolution in France, and to the study of sex, gender, and sexuality more broadly.”

“Shepard’s Sex, France, and Arab Men, 1962–1979 is particularly exciting because it challenges long-standing assumptions about the relationship between colony and metropole but also about the history of sexuality in France. As Shepard argues, the so-called French sexual revolution of the 1960s and 1970s was intimately tied to the war in Algeria, to decolonization, and to immigration. Shepard’s thorough commitment to critique shines through in his systematic questioning and denaturalization of long-standing assumptions in the fields of postcolonial criticism, French history, queer theory, and sexuality studies. This book’s theoretical ambitions, its interdisciplinary focus, and its elegance will make this a must-read in all of these fields.”

“Shepard’s book offers a radical and radically new account of the intimately entwined histories of the Algerian and Sexual Revolutions in France. Historians frequently view the two decades following the ‘war without a name’ as a period in which French memory of the brutal conflict was occulted, if not completely forgotten. In this deeply researched and convincingly argued book, Shepard shows instead that figures associated with the war, and especially the ‘Arab man’ as both social fact and rhetorical trope, were culturally and politically omnipresent—in literature, journalism, and film, as well as governmental, police, and academic discourse and policy. Indeed, by combining insights of feminist, queer, critical race, and post-colonial theory, this work does not simply offer a new understanding of these pivotal two decades in French and global history. It just as importantly provides critical historical insight into the moment out which so much of that theory emerged.”

INTRODUCTION / Sex Talk and the Post-Algerian History of France

FOUR / Homosociality, “Human Contact,” and the Specter of the Arab Man in the Post-’68 French Gay World

SIX / Prostitution and the Arab Man, 1962–1979: Prostitutes, Arab Clients, and “the Traffic in White Women”