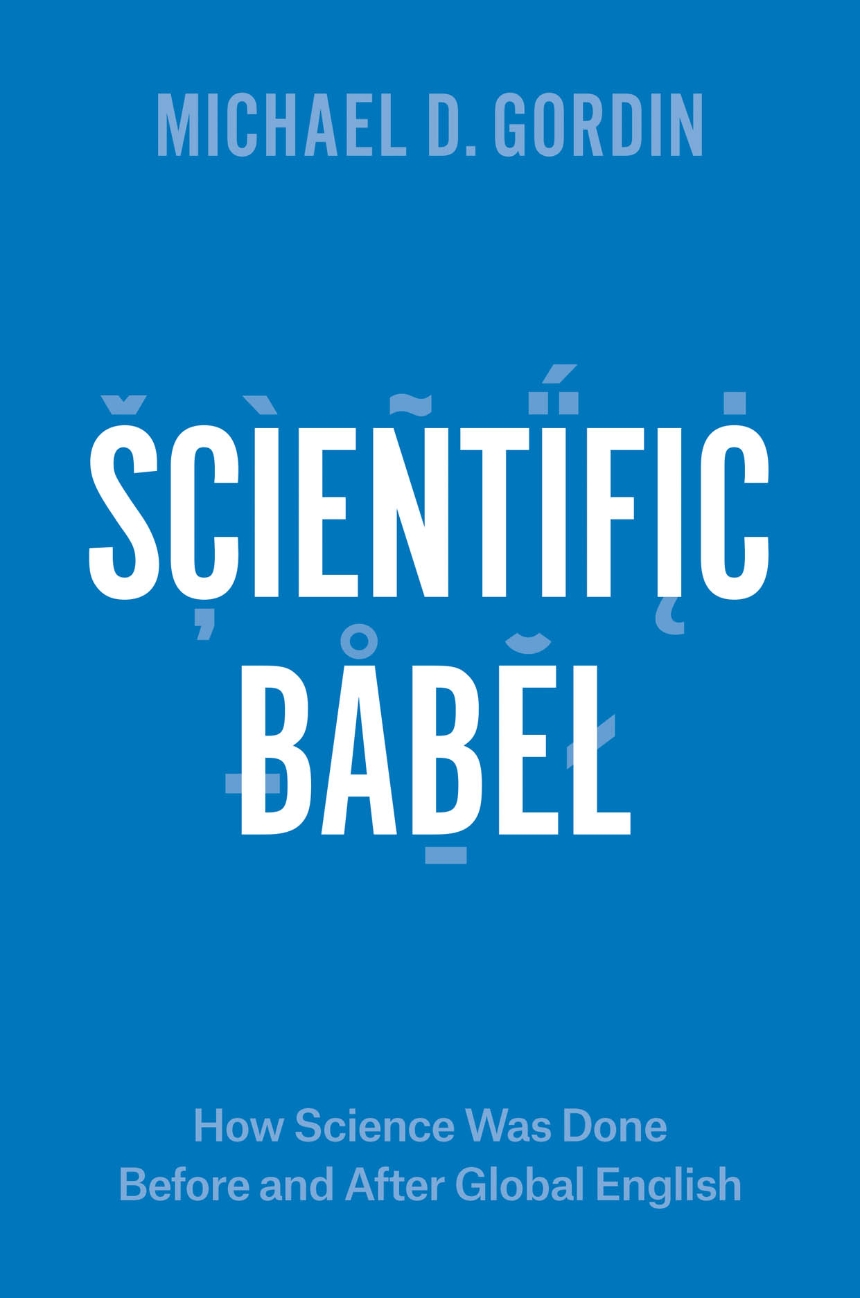 How Science Was Done Before and After Global English

How Science Was Done Before and After Global English

English is the language of science today. No matter which languages you know, if you want your work seen, studied, and cited, you need to publish in English. But that hasn’t always been the case. Though there was a time when Latin dominated the field, for centuries science has been a polyglot enterprise, conducted in a number of languages whose importance waxed and waned over time—until the rise of English in the twentieth century.

So how did we get from there to here? How did French, German, Latin, Russian, and even Esperanto give way to English? And what can we reconstruct of the experience of doing science in the polyglot past? With Scientific Babel, Michael D. Gordin resurrects that lost world, in part through an ingenious mechanism: the pages of his highly readable narrative account teem with footnotes—not offering background information, but presenting quoted material in its original language. The result is stunning: as we read about the rise and fall of languages, driven by politics, war, economics, and institutions, we actually see it happen in the ever-changing web of multilingual examples. The history of science, and of English as its dominant language, comes to life, and brings with it a new understanding not only of the frictions generated by a scientific community that spoke in many often mutually unintelligible voices, but also of the possibilities of the polyglot, and the losses that the dominance of English entails.

Few historians of science write as well as Gordin, and Scientific Babel reveals his incredible command of the literature, language, and intellectual essence of science past and present. No reader who takes this linguistic journey with him will be disappointed.

"For centuries, scholars have written of their desire to read the Book of Nature, even as they composed their own books in a gaggle of tongues. Today, however, scientists share their work in just one: English. That unprecedented linguistic winnowing--driven as much by utopian dreams as by the shattering disruptions of war--reveals far-ranging changes in how, where, why, and by whom science has been done. Fascinating."

"Perceptive. . . . Gordin's scholarly assessment of these matters will not have Hollywood entrepreneurs scrambling for movie rights. But it is insightfully and engagingly written, a masterful mix of intelligence and style. He illuminates an important side of science with academic rigor, but without a trace of academic obfuscation. It's a very pleasant example of the skillful use of language."

“This book proffers a coherent and theoretically well-founded overview with a wealth of illuminating empirical details from the author’s own rigorous archival investigations, thus shedding bright light on the history of the languages of science.”

“Gordin’s book is an absolute must for anyone interested in the languages of science, because it pictures and explains their development with unrivalled conclusiveness and precision.”

"A book that no one with an interest in scientific communication or in the nature of disciplinary language can afford to ignore."

Chapter 1: The Perfect Past That Almost Was
Chapter 2: The Table and the Word
Chapter 3: Hydrogen Oxygenovich
Chapter 4: Speaking Utopian
Chapter 5: The Wizards of Ido
Chapter 6: The Linguistic Shadow of the Great War
Chapter 7: Unspeakable
Chapter 8: The Dostoevsky Machine
Chapter 9: All the Russian That’s Fit to Print
Chapter 10: The Fe Curtain
Chapter 11: Anglophonia