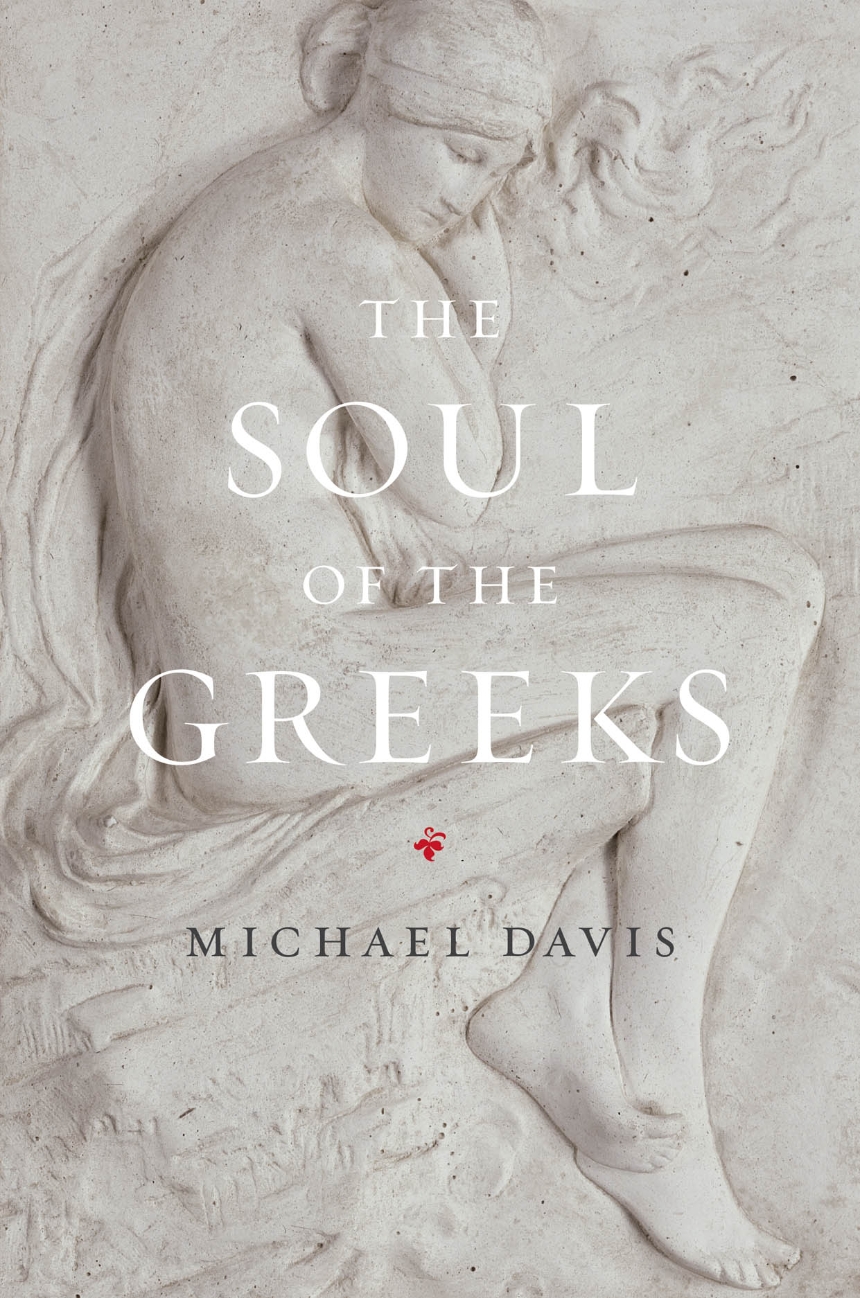 The Soul of the Greeks

The Soul of the Greeks

The understanding of the soul in the West has been profoundly shaped by Christianity, and its influence can be seen in certain assumptions often made about the soul: that, for example, if it does exist, it is separable from the body, free, immortal, and potentially pure. The ancient Greeks, however, conceived of the soul quite differently. In this ambitious new work, Michael Davis analyzes works by Homer, Herodotus, Euripides, Plato, and Aristotle to reveal how the ancient Greeks portrayed and understood what he calls “the fully human soul.”

Beginning with Homer’s Iliad, Davis lays out the tension within the soul of Achilles between immortality and life. He then turns to Aristotle’s De Anima and Nicomachean Ethics to explore the consequences of the problem of Achilles across the whole range of the soul’s activity. Moving to Herodotus and Euripides, Davis considers the former’s portrayal of the two extremes of culture—one rooted in stability and tradition, the other in freedom and motion—and explores how they mark the limits of character. Davis then shows how Helen and Iphigeneia among the Taurians serve to provide dramatic examples of Herodotus’s extreme cultures and their consequences for the soul. The book returns to philosophy in the final part, plumbing several Platonic dialogues—the Republic, Cleitophon, Hipparchus, Phaedrus, Euthyphro, and Symposium—to understand the soul’s imperfection in relation to law, justice, tyranny, eros, the gods, and philosophy itself. Davis concludes with Plato’s presentation of the soul of Socrates as self-aware and nontragic, even if it is necessarily alienated and divided against itself.

The Soul of the Greeks thus begins with the imperfect soul as it is manifested in Achilles’ heroic, but tragic, longing and concludes with its nontragic and fuller philosophic expression in the soul of Socrates. But, far from being a historical survey, it is instead a brilliant meditation on what lies at the heart of being human.

“The Soul of the Greeks offers fresh interpretations of age-old texts that are deep, insightful, and revelatory. Richly rewarding, lucid, and original, Davis’s approach will add substantially to the existing scholarship.”

“From Homer’s Iliad to Aristotle’s De Anima, from Herodotus’s history and Euripides’ tragedies to the Platonic dialogues, Michael Davis recovers, through his probing readings of the Greeks, the fundamental problem of the human soul. Attuned to the recurrent puzzles that lead to the philosophic core of these works, Davis explores and illuminates their understanding of the essential ‘alienation’ of soul—its distance from the world—as the condition for its deepest longing and the nature of soul revealed by its necessary imperfection.”

“In The Soul of the Greeks Michael Davis takes up what may be the central and still unsolved problem of ancient philosophy—namely, what is soul? On the basis of a series of careful readings of selections from Aristotle, Herodotus, Euripides, and Plato, Davis argues that the question cannot be approached or answered directly, because soul is characterized by a certain kind of duality. It cannot know itself without seeing itself as somehow other, nor can it achieve its desire to become one and immortal without destroying itself. As Davis indicates by including analyses of works that have been characterized as history and poetry as well as philosophy, the question of the character of the human soul is not merely at the heart of the ‘ancient quarrel between poetry and philosophy’ (if there really is such a quarrel).  It extends from the question of personal identity to the character and grounds of our common life, including the possibility and basis of our knowledge of the world.”

“Davis’s book illustrates the meaning of philosophy, as it moves its reader from ordinary experience to profound insight about our human condition. Its breadth is as far-reaching as its depth, for what it understands by ‘psychology’ involves poetry and tragedy, barbarism and civilization, knowledge and intelligibility, politics and history, and cosmic principles and the divine. We might say of Davis’s book what he himself says of one the texts he discusses, ‘there is much to think about here.’ The Soul of the Greeks deserves to be one of the more important philosophic works of this century.”

“[T]he volume is a feast, and I encourage any lover of the Greeks to taste of it.”

Acknowledgments
Introduction: The Soul of Achilles

Part One: Aristotle
Chapter 1: The Doubleness of Soul
Chapter 2: Out of Itself for the Sake of Itself
I. Nutritive Soul
II. Sensing Soul: Vision
III. Thinking Soul
A. Sensation and Imagination
B. Passive and Active Mind
C. Imagination and Thought
Chapter 3: The Soul as Self and Self-Aware
I. “The Father of the Logos”
II. “For the friend is another self”

Part Three: Euripides: Soul as Same and Other
Chapter 6: The Fake That Launched a Thousand Ships: The Duplicity of Identity in the Helen
Chapter 7: Euripides among the Athenians: The Double Vision of Soul in Iphigeneia among the Taurian

Part Four: Plato
Chapter 8: The Soul of the Law: Gyges in Herodotus and in Plato
Chapter 9: The Subject of Justice: On Plato’s Cleitophon
Chapter 10: The Object of Tyranny: Plato’s Hipparchus
Chapter 11: Plato’s Phaedrus: Erōs and the Structure of Soul
Chapter 12: The Grammar of Soul: The Middle Voice in Plato’s Euthyphro

Conclusion: The Soul of Socrates
Index