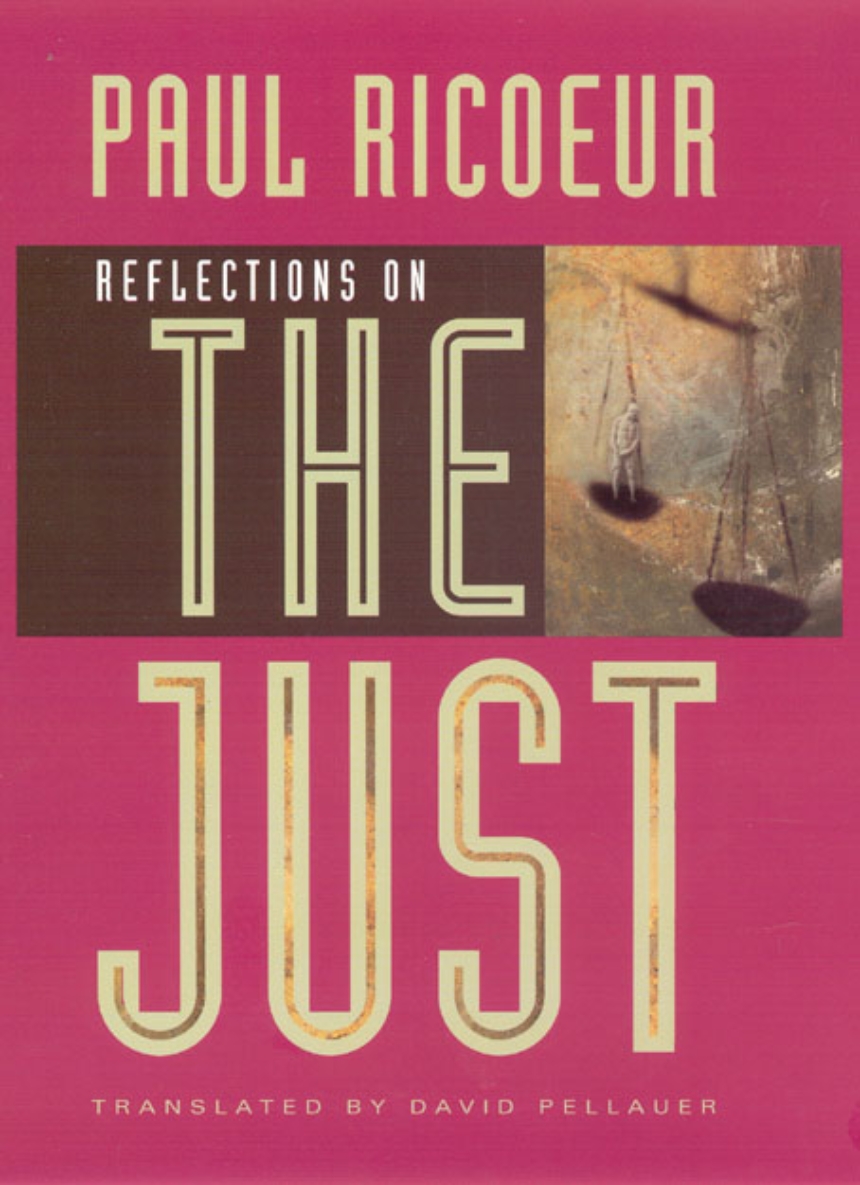 Reflections on the Just

Reflections on the Just

At the time of his death in 2005, French philosopher Paul Ricoeur was regarded as one of the great thinkers of his generation. In more than half a century of writing about the essential questions of human life, Ricoeur’s thought encompassed a vast range of wisdom and experience, and he made landmark contributions that would go on to influence later scholars in such areas as phenomenology, hermeneutics, structuralism, and theology.

Toward the end of his life, Ricoeur began to focus directly on ethical questions that he feared had been overshadowed by his other work; the result was a two-volume collection of essays on justice and the law. The University of Chicago Press published the English translation of the first volume, The Just, to great acclaim in 2000. Now this translation of the second volume, Reflections on the Just, completes the set and makes available to readers the whole of Ricoeur’s meditations on the concept.

Consisting of fifteen thematically organized essays, Reflections on the Just continues and expands on the work Ricoeur began in with his “little ethics” in Oneself as Another and The Just. In the preface, he considers what revisions he would make were he to start over and how that is reflected in these essays. The opening part brings phenomenology to bear on ethics; the second group of essays comprises shorter, occasional pieces considering the concept of justice in the works of other philosophers, including Max Weber and Charles Taylor. The final part turns to the specific domains of medicine and the law, examining how concepts of right and justice operate in those realms.

Cogent, deeply considered, and fully engaged with the realities of the contemporary world, Reflections on the Just is an essential work for understanding the development of Ricoeur’s thought in his final years.

"This book includes a range of close encounters with other theorists, notably Max Weber and Charles Taylor, together with detailed discussions of issues in ’applied ethics’ relating to medicine, politics and law; but the weightiest section is a series of studies of law, authority and morality which culminates, with the quiet panache that is typical of Ricoeur, in an apt but unexpected essay on the art of translation."

"A multifaceted exploration of justice, this fine work includes a substantial introduction by Ricoeur."