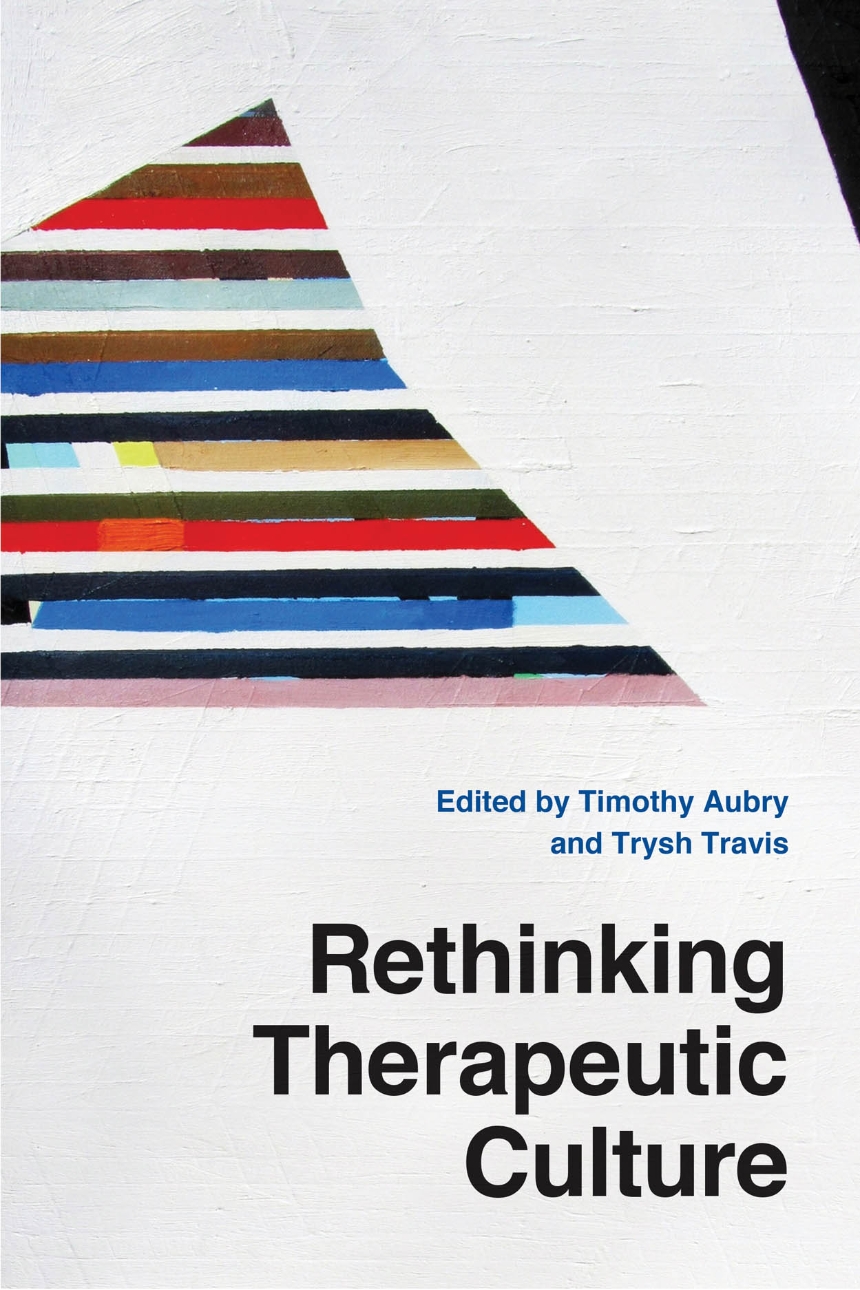 Social critics have long lamented America’s descent into a “culture of narcissism,” as Christopher Lasch so lastingly put it fifty years ago. From “first world problems” to political correctness, from the Oprahfication of emotional discourse to the development of Big Pharma products for every real and imagined pathology, therapeutic culture gets the blame. Ask not where the stereotype of feckless, overmedicated, half-paralyzed millennials comes from, for it comes from their parents’ therapist’s couches.
Rethinking Therapeutic Culture makes a powerful case that we’ve got it all wrong. Editors Timothy Aubry and Trysh Travis bring us a dazzling array of contributors and perspectives to challenge the prevailing view of therapeutic culture as a destructive force that encourages narcissism, insecurity, and social isolation. The collection encourages us to examine what legitimate needs therapeutic practices have served and what unexpected political and social functions they may have performed. Offering both an extended history and a series of critical interventions organized around keywords like pain, privacy, and narcissism, this volume offers a more nuanced, empirically grounded picture of therapeutic culture than the one popularized by critics. Rethinking Therapeutic Culture is a timely book that will change the way we’ve been taught to see the landscape of therapy and self-help.

“Engaging and thought-provoking, the seventeen essays included here do a fine job of suggesting that the therapeutic is indeed best understood as a uniquely American culture—one where institutions and individuals come together to shape values and ideals. An impressive array of topics is covered by well-known scholars who each help to explain why and how this therapeutic ideal has become embedded in American culture. Rethinking Therapeutic Culture strikes exactly the right tone to raise cogent questions about the meaning and context of therapeutics in the twenty-first century.”

Wendy Kline | author of Bodies of Knowledge: Sexuality, Reproduction, and Women’s Health in the Second Wave

“Rethinking Therapeutic Culture offers an elegant array of insightful commentary on contemporary therapeutic culture that moves beyond routine culture-bashing. With perspectives on everything from Big Pharma to blogging, its cast of important critical thinkers is clearly up to the task of examining the how that culture shapes our view of ourselves and the world.”

Dana Becker | author of One Nation Under Stress: The Trouble with Stress as an Idea

“Rethinking Therapeutic Culture holds the ambitious promise of its title: it breaks new ground in an over-analyzed terrain and offers a thrilling variety of perspectives on the role played by psychology in a number of crucial social arenas:  race,  left-wing ideology, feminism, mental harm, pain and suffering, and testimony. Written consistently clearly and engagingly, it provides a deep understanding of some of the crucial changes of the post-World War II era.”

“The modern American saga of better living through self-discovery stretches roughly from the turn of the twentieth century until today. Of course, the deeper roots of self-cultivation reach back to European soil—the liberalization of the Catholic Church; the rapid spread of Protestantism, mysticism, and evangelicalism; and the rise of science-based rationalism and mind-body dualism. But their manifestation in the crowded spiritual marketplace of the postwar world is what Timothy Aubry and Trysh Travis call, in their 2015 book, Rethinking Therapeutic Culture, ‘an especially American phenomenon.’”

What is “therapeutic culture,” and why do we need to “rethink” it?

1 Joseph M. Gabriel, Damage
Until the middle of the nineteenth century, Americans were inured to suffering. Maybe we have something to learn from them.

2 Kathryn Lofton, Gospel
If Christian ministers and secular therapists now sound strangely alike, it’s because they have been imitating each other for over a century.

3 Courtney Bender, Spirit
Spiritual gurus and critics of therapeutic culture both view the world as an inescapable cage. As a result, their visions of freedom both rely on some form of magic.

4 Gabriel Mendes, Race
An underground Harlem clinic could have radicalized the practice of therapy in the 1950s—if only more people had paid attention.

5 Rebecca Jo Plant, Motherhood
As they warned women about the perils of maternal overinvolvement, midcentury psychological experts inadvertently helped to pave the way for second-wave feminism.

7 Michael Staub, Radical
Although the radical therapists of the 1960s failed to make therapy into a revolutionary tool, they did succeed at transforming their own profession.

8 Elizabeth Lunbeck, Narcissism
The narcissism that worries social critics so much bears little resemblance to the one that interests psychoanalysts. Why is that?

9 Beryl Satter, The Left
How did the “discharge” of negative emotions become a substitute for structural critique?

11 Stevan Weine, Testimony
What happens—and who benefits—when trauma victims are encouraged to tell their stories?

12 Tanya Erzen, Heart
Christian “heart-change” rehabilitation is challenging punishment in the American penal system, and its therapeutic dimensions confound critics on the right and the left.

13 Elizabeth Spelman, Privacy
In order to shield their actions from public scrutiny, corporations depend upon protections of privacy that individual citizens have come to disdain.

14 Suzanne Bost, Pain
Rather than trying to eliminate pain, some modern therapeutic practices invite us to experience the body’s contingency and permeability.

15 Michael Sayeau, Blogging
Blogging is a new form of democratic, crowd-sourced therapy. But it works the way therapy always has: by bringing individuals’ private thoughts to the attention of strangers.

One of the therapeutic culture’s most persuasive critics considers the historical category anew.