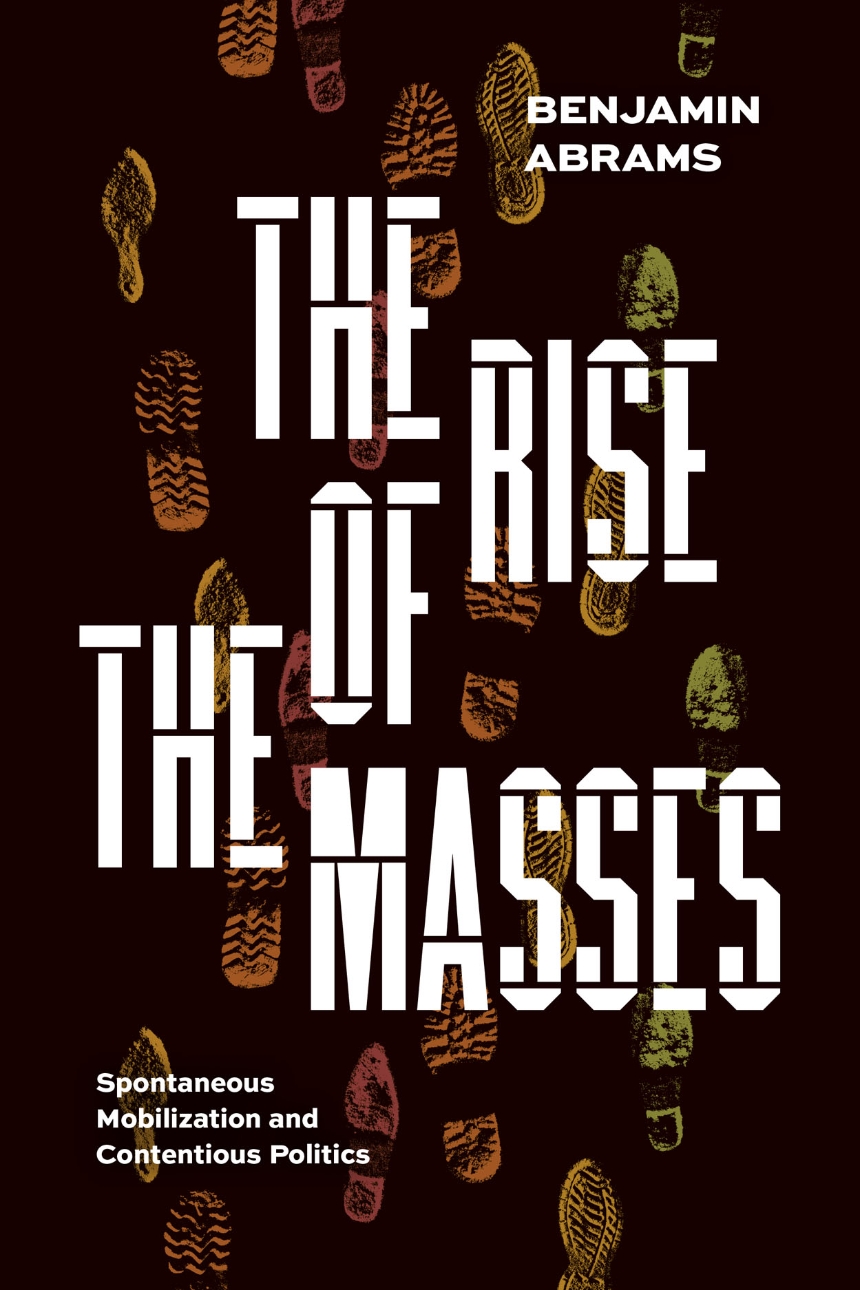 The Rise of the Masses

The Rise of the Masses

Between 15 and 26 million Americans participated in protests surrounding the murders of George Floyd, Ahmaud Arbery, Breonna Taylor, and others as part of the Black Lives Matter protests in 2020, which is only one of the most recent examples of an immense mobilization of citizens around a cause. In The Rise of the Masses, sociologist Benjamin Abrams addresses why and how people spontaneously protest, riot, and revolt en masse. While most uprisings of such a scale require tremendous resources and organizing, this book focuses on cases where people with no connection to organized movements take to the streets, largely of their own accord. Looking to the Arab Spring, Occupy Wall Street, and the Black Lives Uprising, as well as the historical case of the French Revolution, Abrams lays out a theory of how and why massive mobilizations arise without the large-scale planning that usually goes into staging protests.
​
Analyzing a breadth of historical and regional cases that provide insight into mass collective behavior, Abrams draws on first-person interviews and archival sources to argue that people organically mobilize when a movement speaks to their pre-existing dispositions and when structural and social conditions make it easier to get involved—what Abrams terms affinity-convergence theory. Shedding a light on the drivers behind large spontaneous protests, The Rise of the Masses offers a significant theory that could help predict movements to come.

“Skillfully drawing on and synthesizing an impressive range of theoretical perspectives, Benjamin Abrams has fashioned a highly original theory of spontaneous mass mobilization. As if that weren’t enough, he goes on to make a compelling, empirically informed case for the application of his Affinity Convergence Theory to four iconic mass movements, ranging from the French Revolution to the George Floyd Protests of 2020.  Anyone interested in the dynamics of spontaneous mass action will want to read this book.”

“Drawing on four diverse cycles of contention. . . . Abrams shows how much of the process of mobilization can be explained as the product of the combination of affinities and convergence on the part of unorganized groups—the “masses” in his title—while their failures can be explained as their inability to create viable and robust structures around their affinities. His book should be read by social movement specialists and by general readers concerned with the current waves of mass mobilization alike.”

Part I: Theorizing Mobilization
1. What We Know about Mobilization, and What We Need To
2. Affinity-Convergence Theory

Part III: Occupy Wall Street
6. Globalizing the Revolution
7. Enter the Occupiers
8. The End of the Extraordinary