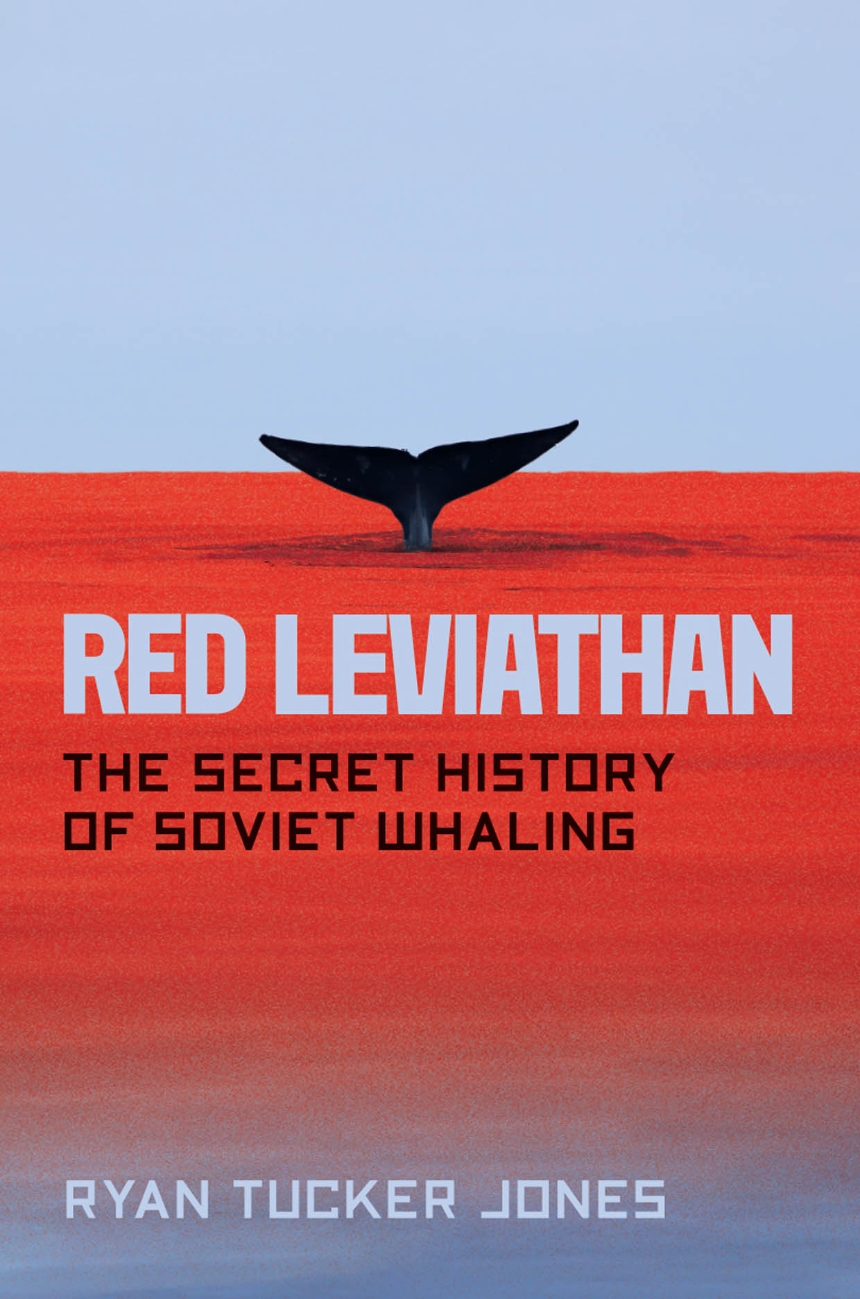 The Secret History of Soviet Whaling

The Secret History of Soviet Whaling

A revealing and authoritative history that shows how Soviet whalers secretly helped nearly destroy endangered whale populations, while also contributing to the scientific understanding necessary for these creatures’ salvation.

The Soviet Union killed over six hundred thousand whales in the twentieth century, many of them illegally and secretly. That catch helped bring many whale species to near extinction by the 1970s, and the impacts of this loss of life still ripple through today’s oceans. In this new account, based on formerly secret Soviet archives and interviews with ex-whalers, environmental historian Ryan Tucker Jones offers a complete history of the role the Soviet Union played in the whales’ destruction. As other countries—especially the United States, Great Britain, Japan, and Norway—expanded their pursuit of whales to all corners of the globe, Stalin determined that the Soviet Union needed to join the hunt. What followed was a spectacularly prodigious, and often wasteful, destruction of humpback, fin, sei, right, and sperm whales in the Antarctic and the North Pacific, done in knowing violation of the International Whaling Commission’s rules. Cold War intrigue encouraged this destruction, but, as Jones shows, there is a more complex history behind this tragic Soviet experiment. Jones compellingly describes the ultimate scientific irony: today’s cetacean studies benefited from Soviet whaling, as Russian scientists on whaling vessels made key breakthroughs in understanding whale natural history and behavior. And in a final twist, Red Leviathan reveals how the Soviet public began turning against their own country’s whaling industry, working in parallel with Western environmental organizations like Greenpeace to help end industrial whaling—not long before the world’s whales might have disappeared altogether.

“Jones asks why the Soviets embarked on this irrational and destructive journey, and how they got away with it—until they didn’t. One answer (worth bearing in mind in view of the latest battleground over gas pipelines and wheat fields in Ukraine) is that pride, competition, and a sense of historical injustice motivated Soviet whaling far more than commercial considerations. . . . Ultimately it wasn’t economics or ideology but a growing spotlight on these practices that put an end to the carnage. . . . As whale populations begin to revive, Jones shows the power of a handful of environmental activists on tiny inflatable Zodiac boats, pushing back against a tide of destruction."

"A gripping and heart-breaking chronicle of the Soviet regime’s war (not a ‘conflict’, ‘special operation’ or any other euphemism) against the freedom of our natural environment and its inhabitants it wanted to dominate."

"A very well-researched, readable, and well-illustrated book that provides a fascinating new insight into what was effectively the end of the 'modern whaling' era."

"Almost everything about this book is astonishing. Jones teaches environmental history, but he writes like a virtuoso journalist. . . . This text is emotionally affecting but objective, not sentimental—altogether describable as a tour de force. . . . Highly recommended."

“This is a really important story. Jones has set out to reframe much of what we know about twentieth-century environmental history, particularly of the oceans. His archival work is extraordinarily impressive, and the oral history interviews with Russian whalers and marine biologists are, to my knowledge, unique in English-language historical scholarship. But it is Jones’s incorporation of whale science and his own personal vignettes that make this book special. Soviet whaling had the single greatest impact on world whale populations in the postwar period, but no other historian has told its inside story. Red Leviathan is a game-changer.”

Jason M. Colby, University of Victoria, author of "Orca: How We Came to Know and Love the Ocean's Greatest Predator"

“American environmentalists are inclined to see the United States’ Cold War opponent as a villain. Telling the story of the Soviet role in modern whaling, Jones complicates this perspective by acknowledging the Soviets’ disproportionate impact while also looking beyond it. He illuminates the contradictions and tensions among different players within the Soviet whaling industry—whalers, the whale scientists who worked with them, and other Russians not directly involved in but still impacted by and shaping the demands of the industry. From the first attempts at whaling in Peter’s Russia to the protest era and pushback against whaling by Greenpeace and the Sea Shepherds, Red Leviathan combines thorough research and great storytelling to fill a necessary gap in the history of global whaling.”

Preface
1 Russia’s Whale Problem
2 The Whales of Distant Seas
3 A Revolution in Whaling
4 North Pacific Numbers
5 War and Glory in the Antarctic
6 Aleksei Solyanik and the End of Area V
7 The Kollektiv and the Long Ruble
8 The Cetacean Genocide
9 Scientists Locate Their Prey
10 Whales in the Home
11 A Whale Is Not a Fish: Back to the North Pacific
12 Greenpeace and the View from the Dal’nii Vostok
Conclusion
Acknowledgments
Abbreviations
Notes
Index

It was one of the signature moments of the environmental movement, and one of the turning points of global history. A few long-haired men and women afloat in small rubber inflatables on an open ocean faced a gigantic Soviet whaleship, the Dal’nii Vostok. They positioned themselves next to the panicked groups of sperm whales fleeing the ship, daring the Soviets to fire their harpoons and risk killing the Greenpeace volunteers who had organized and now were filming this dangerous protest. The image was nearly perfectly crafted, as Greenpeace leader Bob Hunter had meant it to be: tiny, helpless individuals pitched against an unfathomably evil, inhuman force; sentient humans, united with sentient whales, versus the unthinking machine of modern bureaucracy and militarism. Hunter summed up the contrast with the horrified observation that the whale oil rendered from the whale carcasses being winched up the stern slipway would go to lubricate intercontinental missiles. “It seemed we were staring into the face of a giant robot,” he wrote, whose “particular obscenity” came from the fact that “here was a beast that fed itself through its anus, and it was into this inglorious hole that the last of the world’s whales were vanishing—before our eyes.”

Indeed they were. At that moment, in June 1975, only a fraction of the former population of great whales remained in the world’s oceans, and the Soviet catcher boat was hunting down some of the last of them. Even worse, Hunter and others had only glimpsed the tip of the iceberg. Unbeknownst to the world, the Soviets had been killing tens of thousands more whales than they were reporting to the International Whaling Commission—an illegal and dishonest catch that one writer termed the “most senseless environmental crime of the 20th century.” It was probably also the most sudden revolution the globe’s oceans have ever experienced.

Decades later, when I first read Hunter’s account and saw the powerful pictures of the encounter, I was shaken. Many in the 1970s had the same reaction. Though Greenpeace was not the only organization protesting commercial whaling at the time, its campaign against the Soviets had the single greatest impact on the growing movement to save the whales. The mind bomb Greenpeace released that day eventually helped create enough public pressure to force a global moratorium on commercial whaling beginning in 1986. Millions of global citizens had concluded, rather suddenly, that whales were not monsters, but emotional, intelligent creatures whose destruction was morally abhorrent and signaled deep problems with modern society. They also decided, based on little more than twenty seconds of television footage, that these Soviet whalers were the real monsters.

Like many people in the world, I find the mass slaughter of whales to be heartbreaking, and their saving heroic. Whatever dangers the world’s whales face today from ship noise, ship strikes, and marine pollution, what they encountered in the twentieth century was far worse. From 1900 to 1999, humans killed nearly three million whales, in every corner of every ocean. Already by the 1970s they had reduced the population of every large species to near extinction. It was, in the estimation of Phillip Clapham, the former head of NOAA’s lab for cetacean research, the “largest removal of biomass in world history.” It was also the closest thing to genocide we can observe in the history of human relations with their large mammalian relatives. In less than a century, humans transformed the world’s oceans from places that pulsed with living whales, to nearly empty water. The fact that the large whale species survived at all is a miracle, their twentieth-century history a testament both to humans’ collective power to destroy,
and to reverse course.

I wrote this book because I think it essential that we understand this remarkable history. And, looking at Greenpeace’s pictures, I realized there was much more to it than the actions of a handful of environmentalists. I wondered, especially, who were these Russians on the other side of the ship’s bow, looking down at the Greenpeace hippies, firing away at the sperm whale mothers and calves in spite of the protesters? Their role in this episode seemed to me nearly as significant as those of the activists. It demanded a better explanation than militarism, mechanism, and evil. But, despite the fact that they killed more whales than did any other country after World War II, the Soviet Union’s part in the story has remained entirely hidden. After the Greenpeace encounter, the Dal’nii Vostok made its way back to its home port of Vladivostok, ventured out a few more times, then called it quits. Silence ensued. Why?

This book answers that and several related questions. Why did the Soviet Union pursue industrial whaling at such a gigantic scale, even as other countries dropped out of an increasingly unprofitable industry? Why did they kill so many whales above the international quotas they had accepted? Did anyone in the USSR care or try to stop this from happening? Were the Soviets at all moved by the Greenpeace protesters that day in 1975? What was it like for the world’s whales to experience such an unremitting slaughter? Thanks to the opening of former Soviet archives and the dedication of whale scientists in piecing together the scale of the Soviet deception, we can now answer some of these questions. The answers help us understand the fate of the world’s whales, of the Soviet Union, and of the central dramas of the twentieth century.

During the years of researching this book, I met former Soviet whalers on several occasions. Two encounters stick out in particular. First, on a midsummer’s day in 2016, I joined a group of whalers from Kaliningrad on the Baltic Sea who gather every year at a small city park notable for a large statue of two fighting bulls. The bulls’ testicles are particularly prominent, and they turned the whalers’ conversation to the culinary qualities of whale testes, which were apparently considerable. Even as cloudbursts erupted, the old men basked in the warmth of jokes and their memories of disasters narrowly averted, larger-than-life harpooners, and the comradery of shared hardship.

These men had done well in the Soviet Union. They had survived perestroika and the chaos of the 1990s, if only just. As one whaler explained to me, he had earned good money at whaling, but post-Soviet inflation had destroyed every cent of it. If many now lived in crumbling apartments, they could at least enjoy their grandchildren making modestly successful futures, wealthier than even these ex-whalers had dreamed of becoming. They were gratified, too, by my interest and by the attention of a film crew making a documentary about Soviet whaling. This was the respect they felt they deserved. Why had they become whalers, I asked? The spirit of the sea had lured them, they responded. Some said they had just been born hunters. “Read this book of whaling poetry,” one advised me. “There are more answers to your questions in one verse than in all our responses.”
Gallery
Back to top 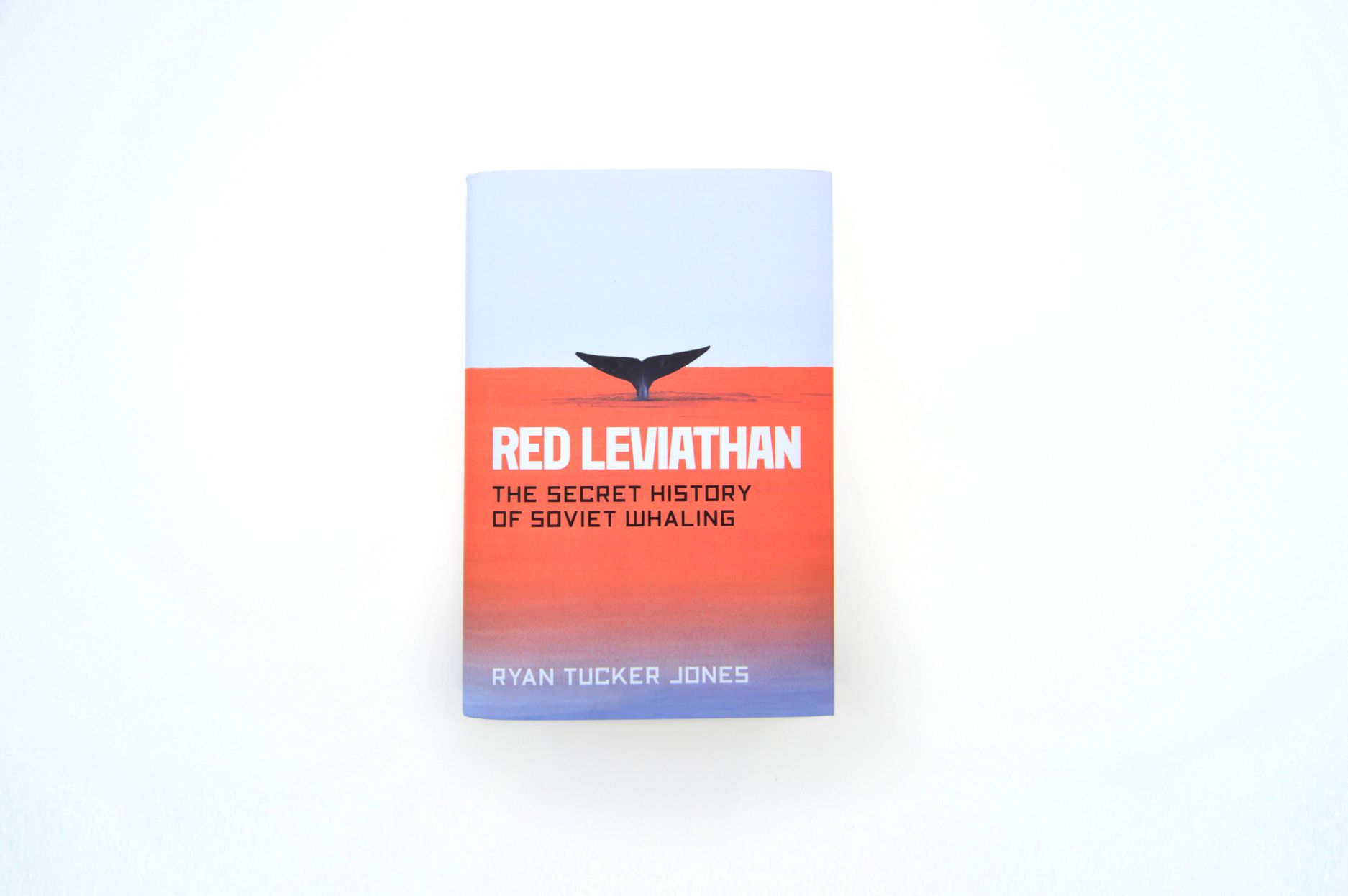 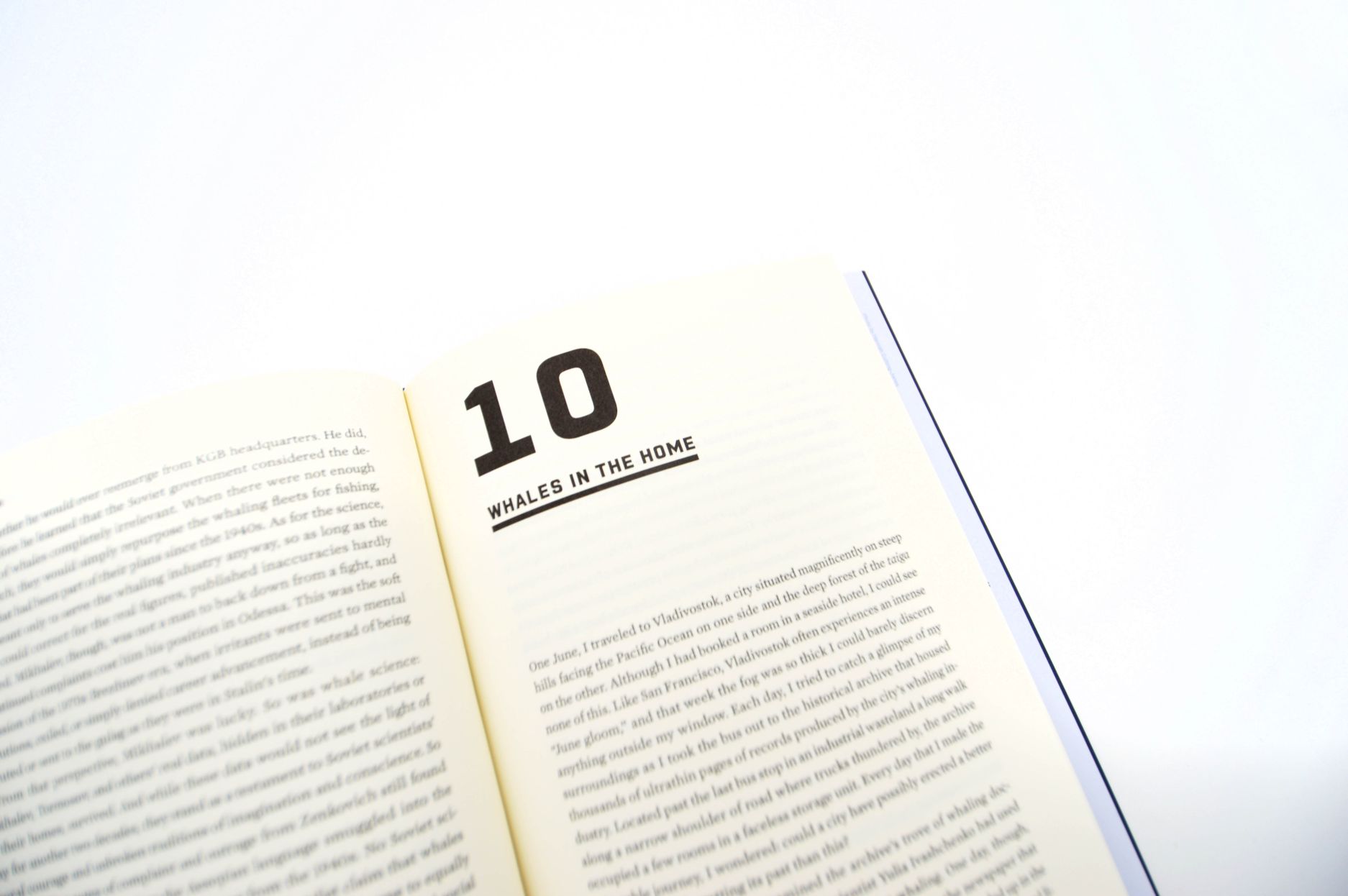 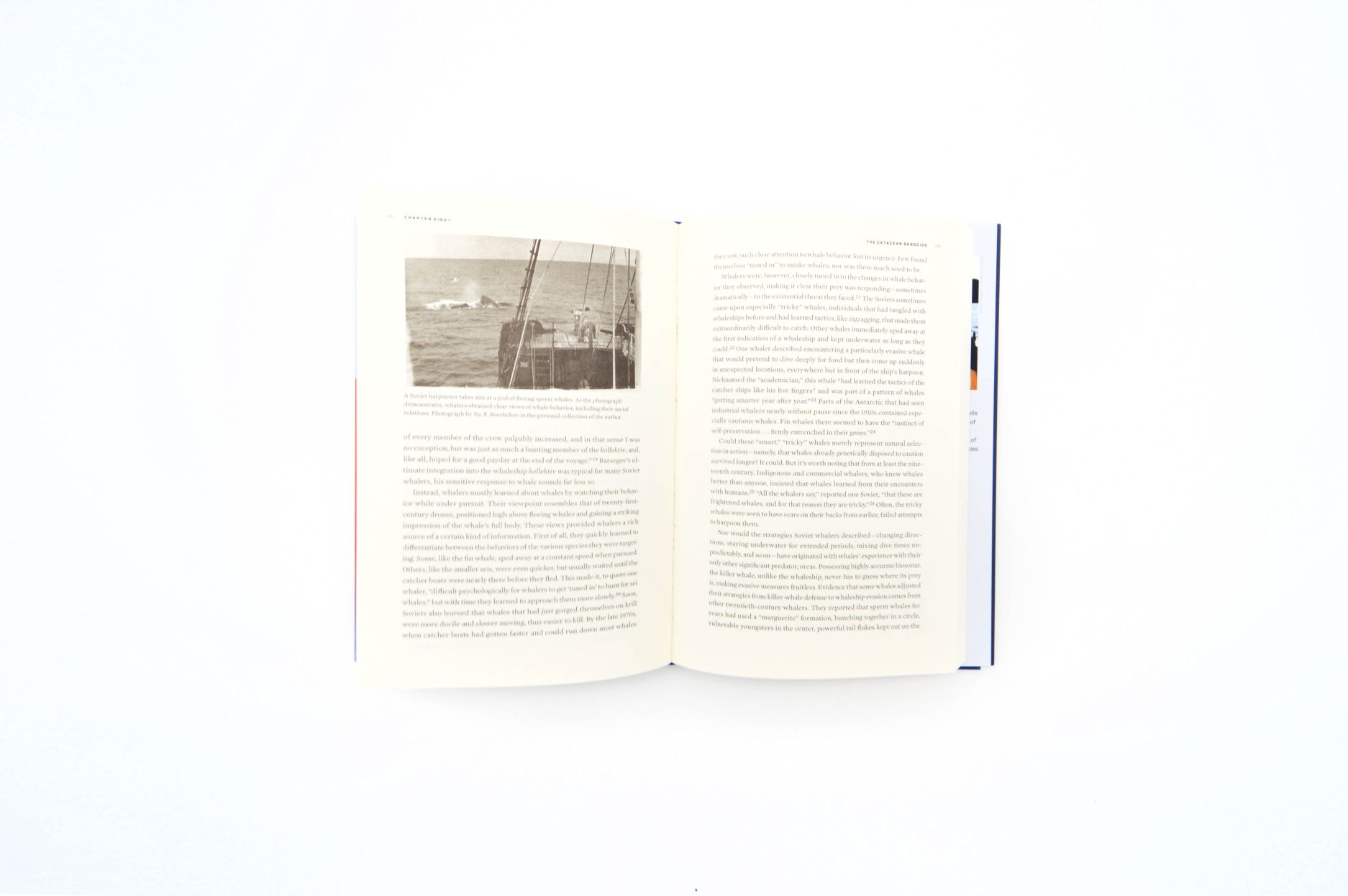 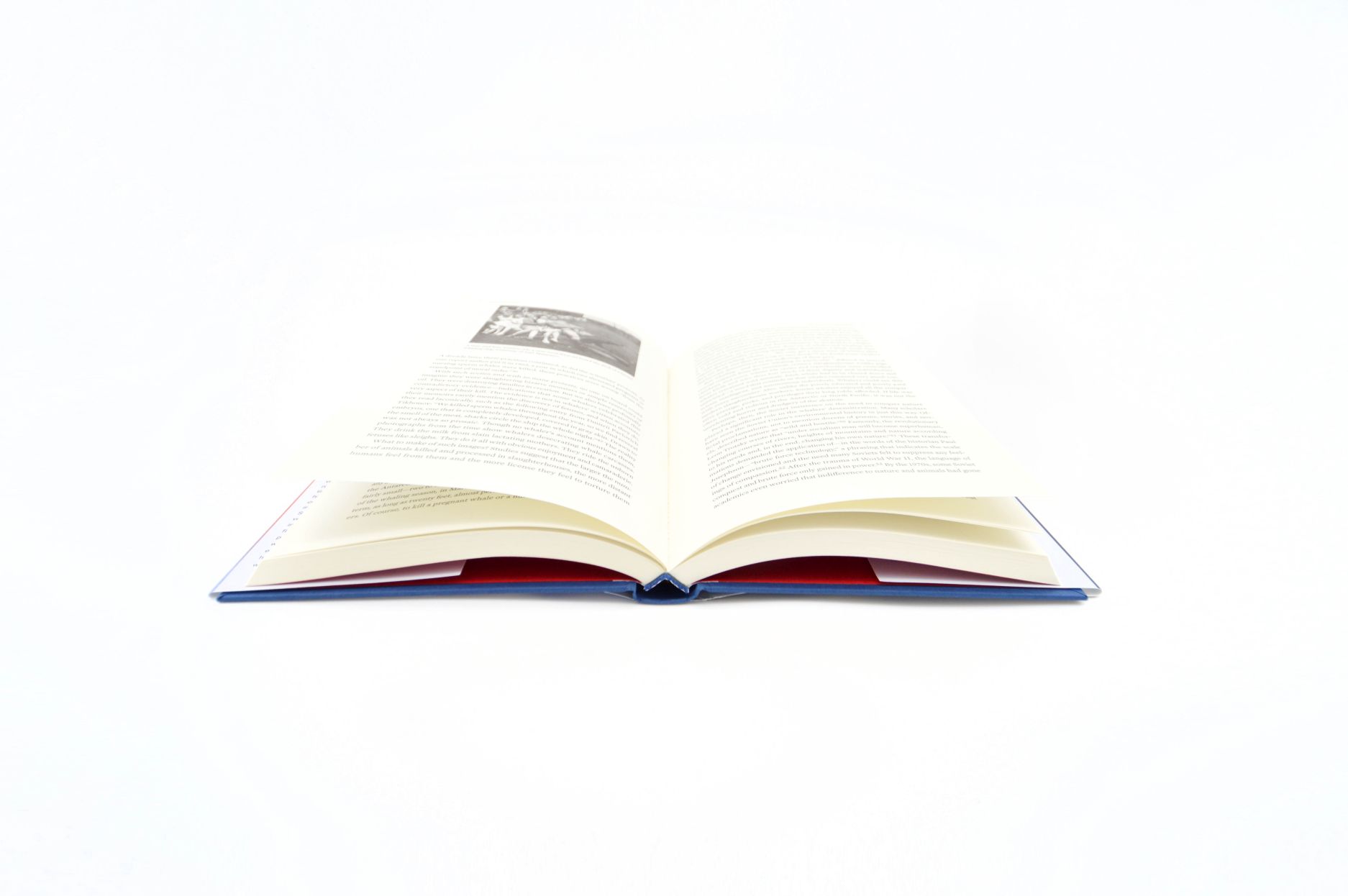 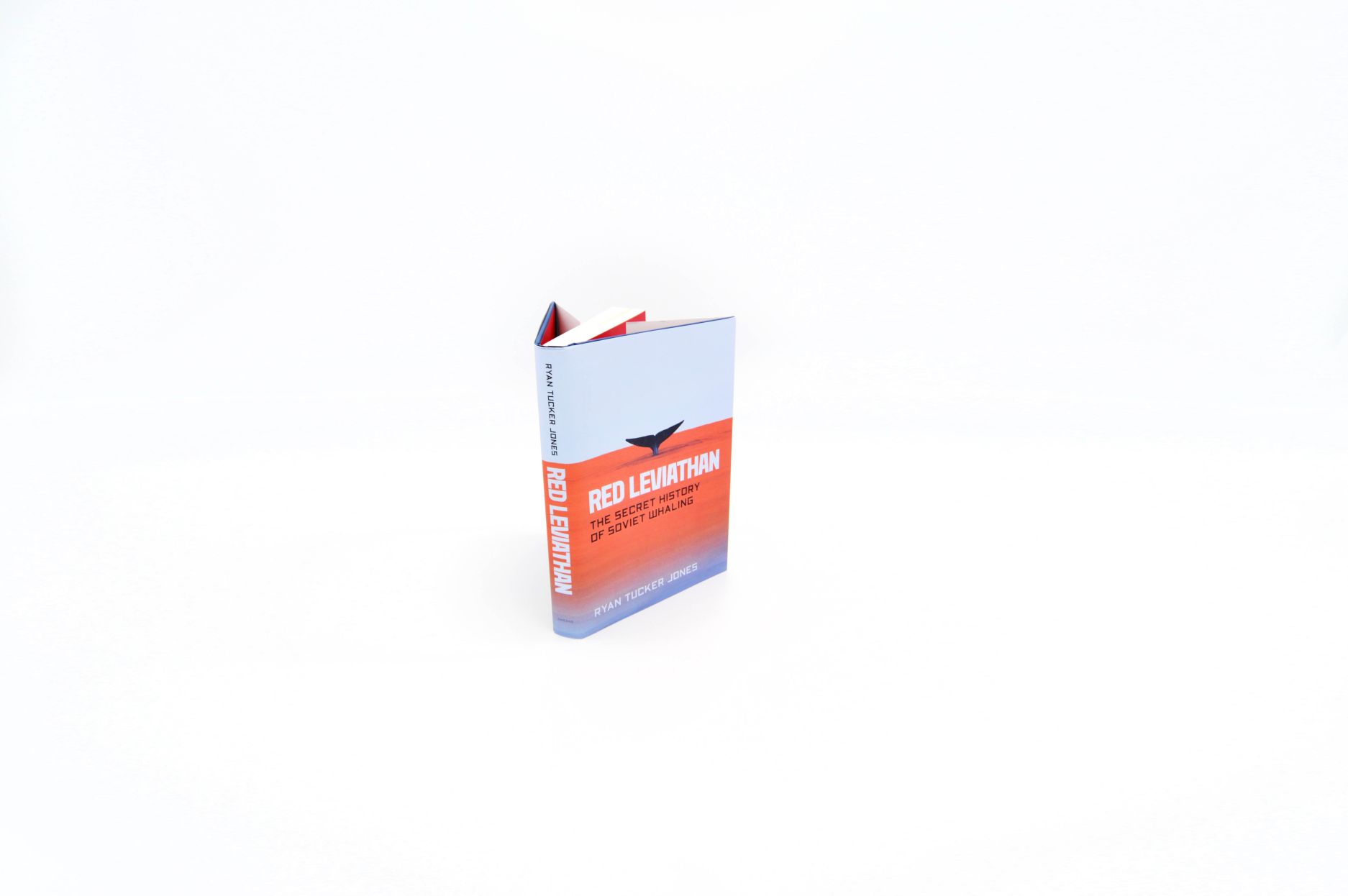