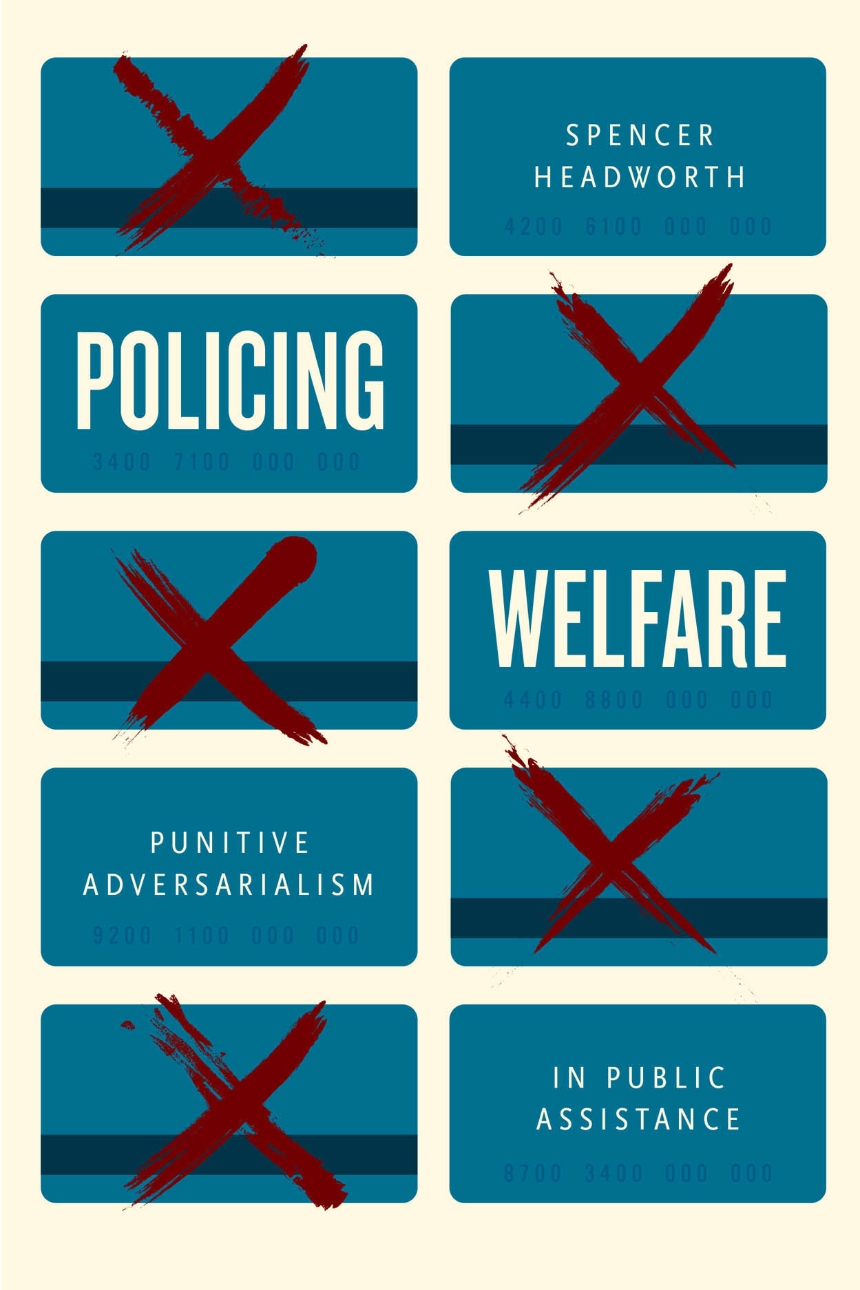 Means-tested government assistance in the United States requires recipients to meet certain criteria and continue to maintain their eligibility so that benefits are paid to the “truly needy.”  Welfare is regarded with such suspicion in this country that considerable resources are spent policing the boundaries of eligibility, which are delineated by an often confusing and baroque set of rules and regulations.  Even minor infractions of the many rules can cause people to be dropped from these programs, and possibly face criminal prosecution.  In this book, Spencer Headworth offers the first study of the structure of fraud control in the welfare system by examining the relations between different levels of governmental agencies, from federal to local, and their enforcement practices. Policing Welfare shows how the enforcement regime of welfare has been constructed to further stigmatize those already living in poverty and deepens disparities of class, race, and gender in our society.

“This highly original, insightful, and carefully researched book takes us into the inner workings of welfare fraud investigation units, revealing how the obsessions of policymakers with rooting out waste, fraud, and abuse are expressed in ways that at once ‘police welfare’ and the people who count on it to feed and house their children and extend the logics of policing into the administration of poverty policy in the United States. The analysis of the ‘welfare police’ and theory of ‘punitive adversarialism’ Headworth advances in these pages will shape political and urban sociology, the broad and interdisciplinary punishment and society literature, and work in legal theory and the life of the law for decades to come. This is precisely the book we’ve needed to grasp the work of the administrative state in what is shaping up to be the long twenty-first century.”

“Policing Welfare is a breakthrough book, a close-up examination of how welfare fraud investigation units institutionalize surveillance and punishment as the chief imperatives of contemporary welfare bureaucracies in the United States. Spencer Headworth’s rich empirical study skillfully integrates insights from the sociology of law, stratification, and organizations to show how welfare enforcement erodes the dignity of impoverished citizens literally struggling to purchase a simple loaf of bread. It is a remarkable accomplishment that shows how debates on inequality and policing must be broadened to include welfare agents and the criminalization of poverty.”

Benjamin Fleury-Steiner, author of Dying Inside: The HIV/AIDS Ward at Limestone Prison

"Countless studies have documented how the deeply problematic distinction between the 'deserving' and the 'undeserving' poor undermines and distorts programs to relieve poverty and deprivation. This important book builds on and extends these findings by examining how welfare agencies are organized to identify and prevent fraudulent claims to social assistance. Ostensibly, it would seem essential to ascertain whether an individual requesting social assistance meets the criteria for receiving such services, an obviously rational requirement of achieving the goal of the social program, not unlike the requirement to demonstrate that one can drive safely in order to get a driver’s license. By examining the self-understandings of those who work in fraud investigation units and their relationships to others charged with administering welfare programs and law enforcement, Headworth shows how the policing of welfare creates a culture of 'punitive adversarialism' that exacerbates the social conditions that create deprivation and undermines the equal status of citizens. This is a work of real significance. The writing is clear and accessible, and draws effectively on the extensive literature in this area. . . . Highly recommended."

"Through an in-depth organizational ethnography of welfare fraud bureaus in five states, Policing Welfare provides a meticulous portrait of the painstaking ways that the bureaucracies managing Temporary Assistance for Needy Families and the Supplemental Nutrition Assistance Program and their employees attempt to distinguish who does and does not deserve aid... Headworth provides an incredibly thorough, well-researched, and meticulously analyzed contribution to the scholarly literature on just how difficult it is to be poor, and the people and structures that make it so."

"In the US, welfare is regarded with suspicion, and considerable resources are spent policing the boundaries of eligibility, which are delineated by an often confusing and baroque set of rules and regulations. Headworth studies the structure of fraud control in the welfare system by examining the relations between different levels of governmental agencies, from federal to local, and their enforcement practices. He concludes that the enforcement regime has been constructed to further stigmatize those already living in poverty and that it deepens disparities of class, race, and gender."

Chapter 3. The Mill and the Grist