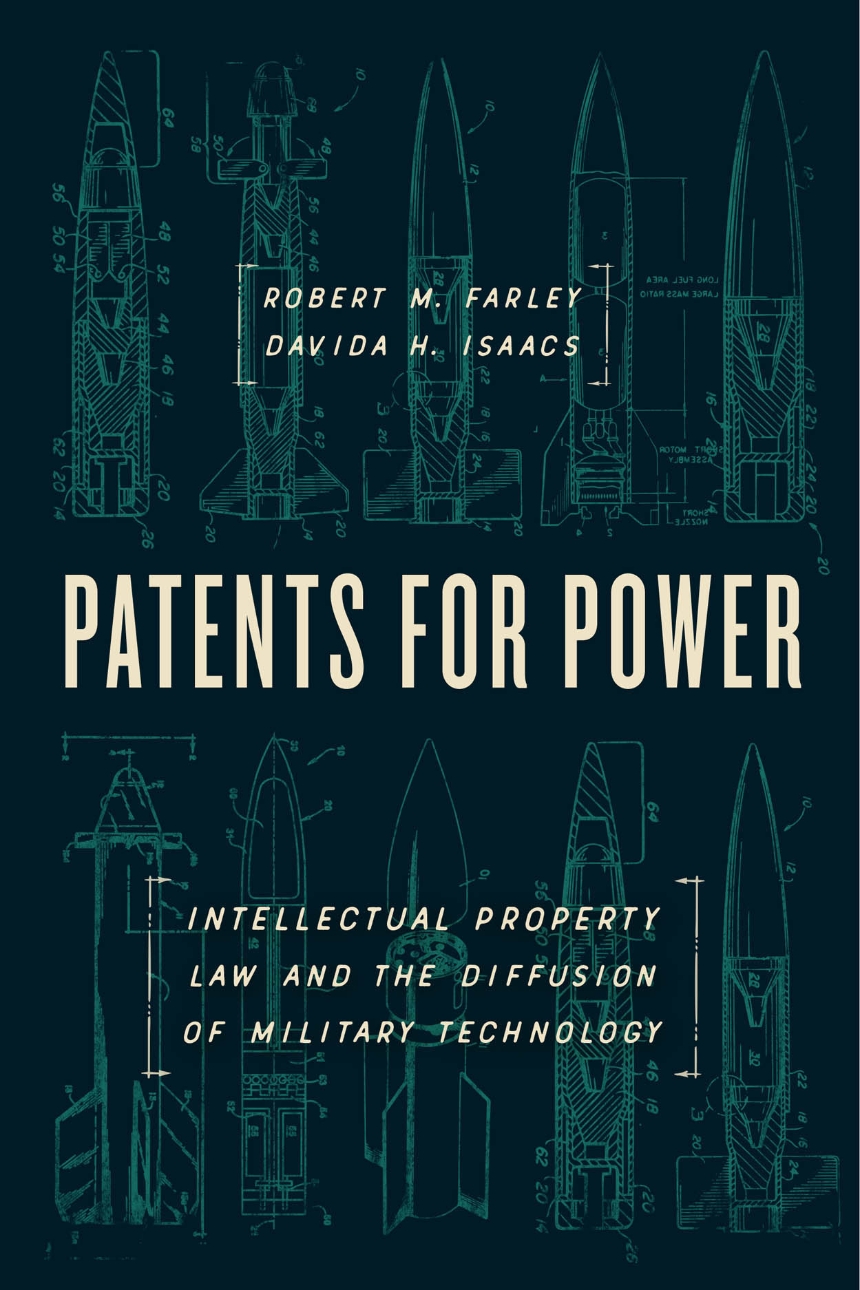 Intellectual Property Law and the Diffusion of Military Technology

Intellectual Property Law and the Diffusion of Military Technology

In an era when knowledge can travel with astonishing speed, the need for analysis of intellectual property (IP) law—and its focus on patents, trade secrets, trademarks, and issues of copyright—has never been greater. But as Robert M. Farley and Davida H. Isaacs stress in Patents for Power, we have long overlooked critical ties between IP law and one area of worldwide concern: military technology. This deft blend of case studies, theoretical analyses, and policy advice reveals the fundamental role of IP law in shaping how states create and transmit defense equipment and weaponry.

The book probes two major issues: the effect of IP law on innovation itself and the effect of IP law on the international diffusion, or sharing, of technology. Discussing a range of inventions, from the AK-47 rifle to the B-29 Superfortress bomber to the MQ-1 Predator drone, the authors show how IP systems (or their lack) have impacted domestic and international relations across a number of countries, including the United States, Russia, China, and South Korea. The study finds, among other results, that while the open nature of the IP system may encourage industrial espionage like cyberwarfare, increased state uptake of IP law is helping to establish international standards for IP protection. This clear-eyed approach to law and national security is thus essential for anyone interested in history, political science, and legal studies.

“Nations seek security through military technologies, but within legal frameworks. By protecting invention, global intellectual property law affects how they develop and disseminate weaponry. But how will additive manufacturing and cyber espionage accelerate that dissemination? How much should military concerns affect commercial law? Will Russia and China fight this regime, or seek benefits from joining it? Farley and Isaacs address all these questions, critically advancing our understanding through integrative analysis of international law and security.”

“Scholars in the fields of international relations, defense technology, and intellectual property law will find Farley and Isaacs's Patents for Power an exemplar of innovative multidisciplinary analysis. Operating at the nexus of political science, economics, and legal theory, their vividly written, and persuasively argued book has resonance for academics and practitioners alike.”

3. Intellectual Property and the US Defense Industrial Base

5. Intellectual Property and the Arms Trade