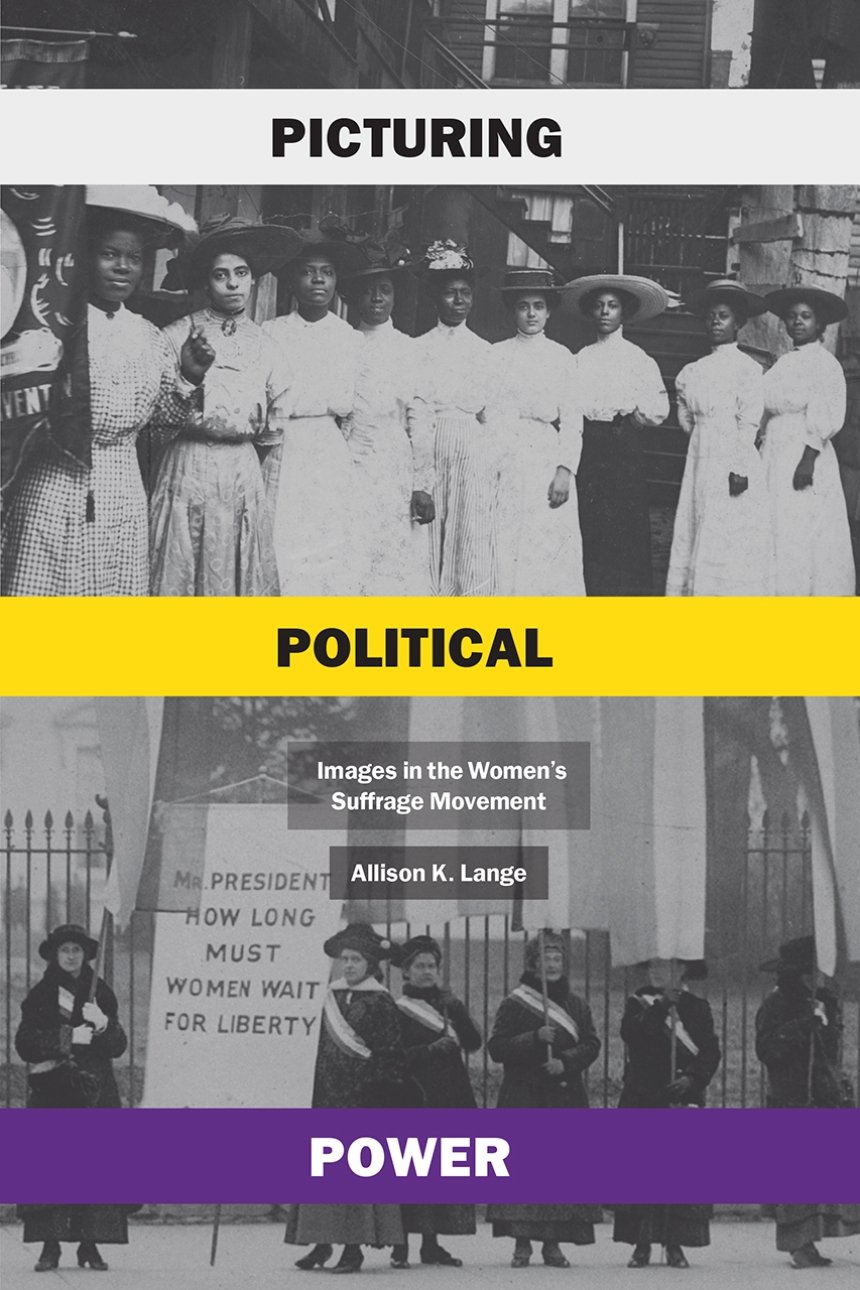 Images in the Women’s Suffrage Movement

Images in the Women’s Suffrage Movement

Lange's examination of the fights that led to the ratification of the Nineteenth Amendment in 1920 reveals the power of images to change history.

For as long as women have battled for equitable political representation in America, those battles have been defined by images—whether illustrations, engravings, photographs, or colorful chromolithograph posters. Some of these pictures have been flattering, many have been condescending, and others downright incendiary. They have drawn upon prevailing cultural ideas of women’s perceived roles and abilities and often have been circulated with pointedly political objectives.

Picturing Political Power offers perhaps the most comprehensive analysis yet of the connection between images, gender, and power. In this examination of the fights that led to the ratification of the Nineteenth Amendment in 1920, Allison K. Lange explores how suffragists pioneered one of the first extensive visual campaigns in modern American history. She shows how pictures, from early engravings and photographs to colorful posters, proved central to suffragists’ efforts to change expectations for women, fighting back against the accepted norms of their times. In seeking to transform notions of womanhood and win the right to vote, white suffragists emphasized the compatibility of voting and motherhood, while Sojourner Truth and other leading suffragists of color employed pictures to secure respect and authority. Picturing Political Power demonstrates the centrality of visual politics to American women’s campaigns throughout the nineteenth and early twentieth centuries, revealing the power of images to change history.

“An in-depth look at how American suffragists fought to control their own image in the long battle for the vote and political representation. Long before the pantsuit, American women were fighting to tell their story, their way. Lange’s book is a story of historical courage whose ramifications still echo today.”

“In this richly researched and lavishly illustrated book, Lange argues that the American suffragists were successful in their battle for the vote in part because they used images to transform the public’s notion of political womanhood. She takes special care to address how women of color developed activist visual campaigns. Linking power with visibility and weaving history with visual culture, Lange narrates a fascinating take on the history of the Nineteenth Amendment.”

“Picturing Political Power cogently delineates the intrinsic role of visual media in the struggle for women’s rights. Lange shows how we cannot truly grasp the causes of and conflicts over women’s suffrage without addressing its visual record. Sensitive to gender, class, and race, this groundbreaking book demonstrates the importance of rigorous engagement with visual evidence to uncover new insights about the past.”

"By considering visual images of women from the 18th to the 20th century, this engaging book is more than just a study of women's suffrage, offering a breadth of coverage with wonderful classroom value. Lange instructs on how to read the visual images that most people barely notice. The book is likely to inspire much classroom discussion and further research."

"Lange offers an overdue and compelling account of the visual campaigns disseminated by national suffragists."

The Annals of Iowa

"Lange’s excellent book takes a look at another aspect of the struggle of women to obtain the right to vote: the role of imagery in the suffragists’ campaign."