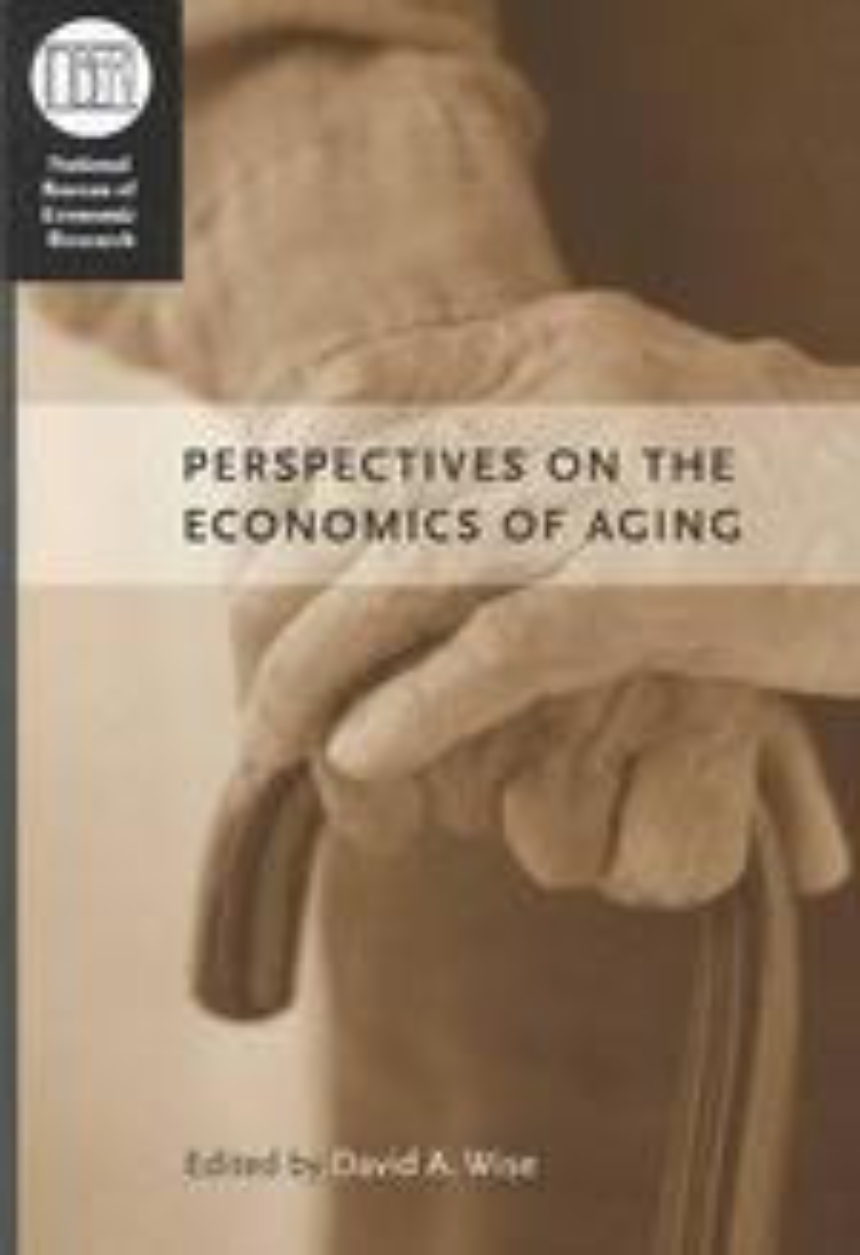 Perspectives on the Economics of Aging

Edited by David A. Wise

Perspectives on the Economics of Aging

Edited by David A. Wise

This book investigates several important issues in the economics of aging, including the accumulation of wealth and the relationship between health and financial prosperity.

Examining the changes in savings behavior and investment priorities in the United States over the past few decades, contributors to the volume point to a dramatic shift from employer-managed, defined benefit pensions to employee-controlled retirement savings plans. Further, the legislative reforms of the 1980s and the booming stock market of the 1990s did their share to influence individual wealth accumulation patterns of Americans.

These studies also explore the relationship between health status and economic status. Considering issues like pension income and health, mortality, and medical care, contributors present evidence from the United States, Britain, South Africa, and Russia. The volume culminates with wide-ranging discussions on a number of key topics in the field including the innovations that have contributed to a decline in mortality rates; the various medical advances that have benefited populations over time; and the determinants of expenditures on health. The findings with regard to cross-sectional differences in health outcomes and health care utilization also pose troubling questions for policymakers seeking to democratize health care across regions and races.

Preface
Introduction
The Transition to Personal Accounts and Increasing Requirement Wealth: Macro-and Microevidence
For Better or Worse: Default Effects and 401 (k) Savings Behavior
Aging and Housing Equity: Another Look
Intergenerational Transfers and Savings Behavior
Wealth Portfolios in the United Kingdom and the United States
Mortality, Income, and Income Inequality over Time in Britain and the United States
Does Money Protect Health Status? Evidence from South African Pensions
Socioeconomic Status, Nutrition, and Health among the Elderly
Changes in the Age Distribution of Mortality over the Twentieth Century
Area Differences in Utilization of Medical Care and Mortality among U.S. Elderly
Healthy, Wealthy, and Wise? Tests for Direct Causal Paths between Health and Socioeconomic Status