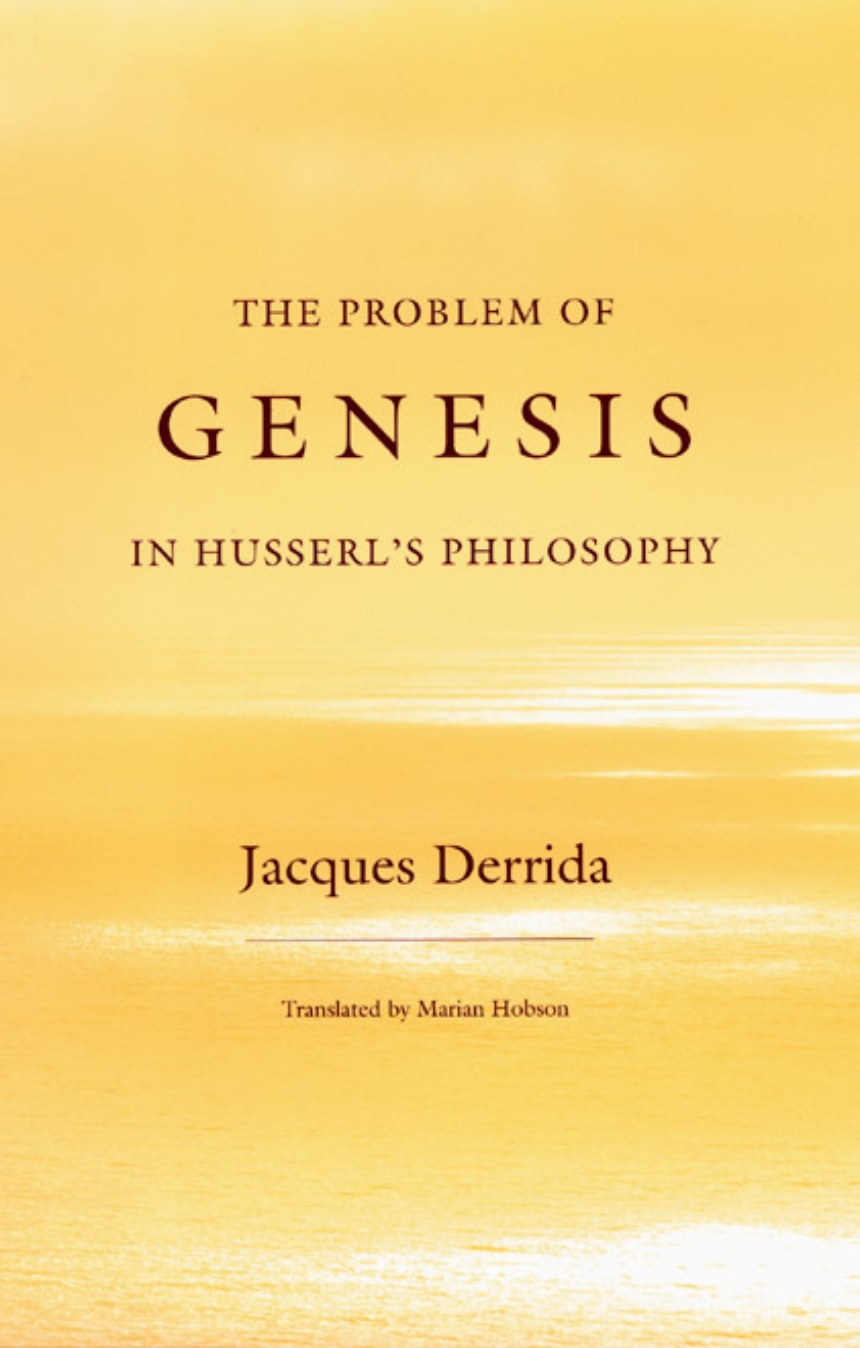 The Problem of Genesis in Husserl’s Philosophy

The Problem of Genesis in Husserl’s Philosophy

Translated by Marian Hobson
Derrida’s first book-length work, The Problem of Genesis in Husserl’s Philosophy, was originally written as a dissertation for his diplôme d’études supérieures in 1953 and 1954. Surveying Husserl’s major works on phenomenology, Derrida reveals what he sees as an internal tension in Husserl’s central notion of genesis, and gives us our first glimpse into the concerns and frustrations that would later lead Derrida to abandon phenomenology and develop his now famous method of deconstruction.

For Derrida, the problem of genesis in Husserl’s philosophy is that both temporality and meaning must be generated by prior acts of the transcendental subject, but transcendental subjectivity must itself be constituted by an act of genesis. Hence, the notion of genesis in the phenomenological sense underlies both temporality and atemporality, history and philosophy, resulting in a tension that Derrida sees as ultimately unresolvable yet central to the practice of phenomenology.

Ten years later, Derrida moved away from phenomenology entirely, arguing in his introduction to Husserl’s posthumously published Origin of Geometry and his own Speech and Phenomena that the phenomenological project has neither resolved this tension nor expressly worked with it. The Problem of Genesis complements these other works, showing the development of Derrida’s approach to phenomenology as well as documenting the state of phenomenological thought in France during a particularly fertile period, when Levinas, Sartre, Merleau-Ponty, Ricoeur, and Tran-Duc-Thao, as well as Derrida, were all working through it. But the book is most important in allowing us to follow Derrida’s own development as a philosopher by tracing the roots of his later work in deconstruction to these early critical reflections on Husserl’s phenomenology.

"A dissertation is not merely a prerequisite for an academic job. It may set the stage for a scholar’s life project. So, the doctoral dissertations of Max Weber and Jacques Derrida, never before available in English, may be of more than passing interest. In June, the University of Chicago Press will publish Mr. Derrida’s dissertation, The Problem of Genesis in Husserl’s Philosophy, which the French philosopher wrote in 1953-54 as a doctoral student, and which did not appear in French until 1990. From the start, Mr Derrida displayed his inventive linguistic style and flouting of convention."—Danny Postel, Chronicle of Higher Education

Part I
The Dilemmas of Psychological Genesis: Psychologism and Logicism
1. Meeting the Problem
2. A First Recourse to Genesis: Intentional Psychologism
3. The Dissociation. The Abandoning of Genesis and the Logicist Temptation

Part III
The Phenomenological Theme of Genesis: Transcendental Genesis and "Worldly" Genesis
6. Birth and Becoming of Judgment
7. The Genetic Constitution of the Ego and the Passage to a New Form of Transcendental Idealism
Appendix