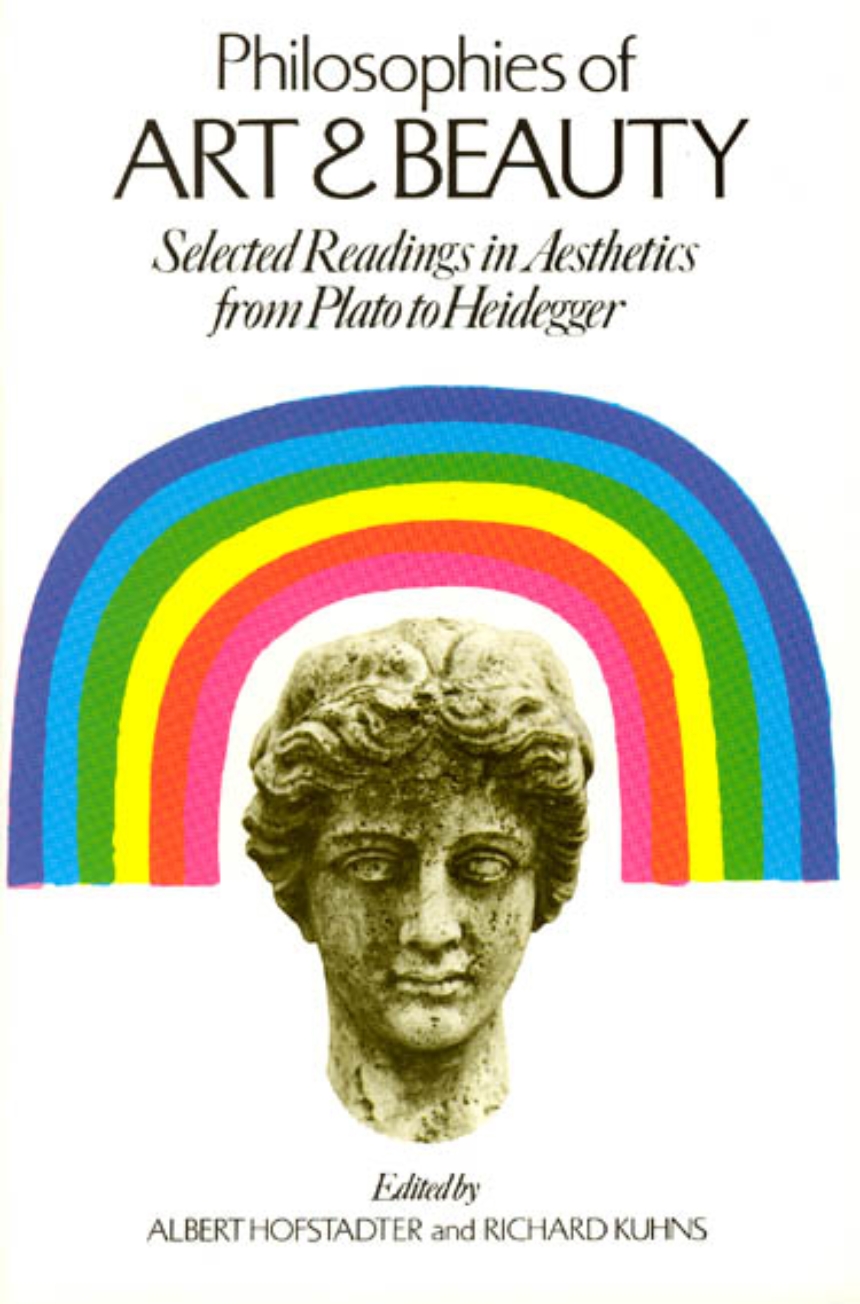 Philosophies of Art and Beauty

Selected Readings in Aesthetics from Plato to Heidegger

Philosophies of Art and Beauty

Selected Readings in Aesthetics from Plato to Heidegger

This anthology is remarkable not only for the selections themselves, among which the Schelling and the Heidegger essays were translated especially for this volume, but also for the editors’ general introduction and the introductory essays for each selection, which make this volume an invaluable aid to the study of the powerful, recurrent ideas concerning art, beauty, critical method, and the nature of representation. Because this collection makes clear the ways in which the philosophy of art relates to and is part of general philosophical positions, it will be an essential sourcebook to students of philosophy, art history, and literary criticism.