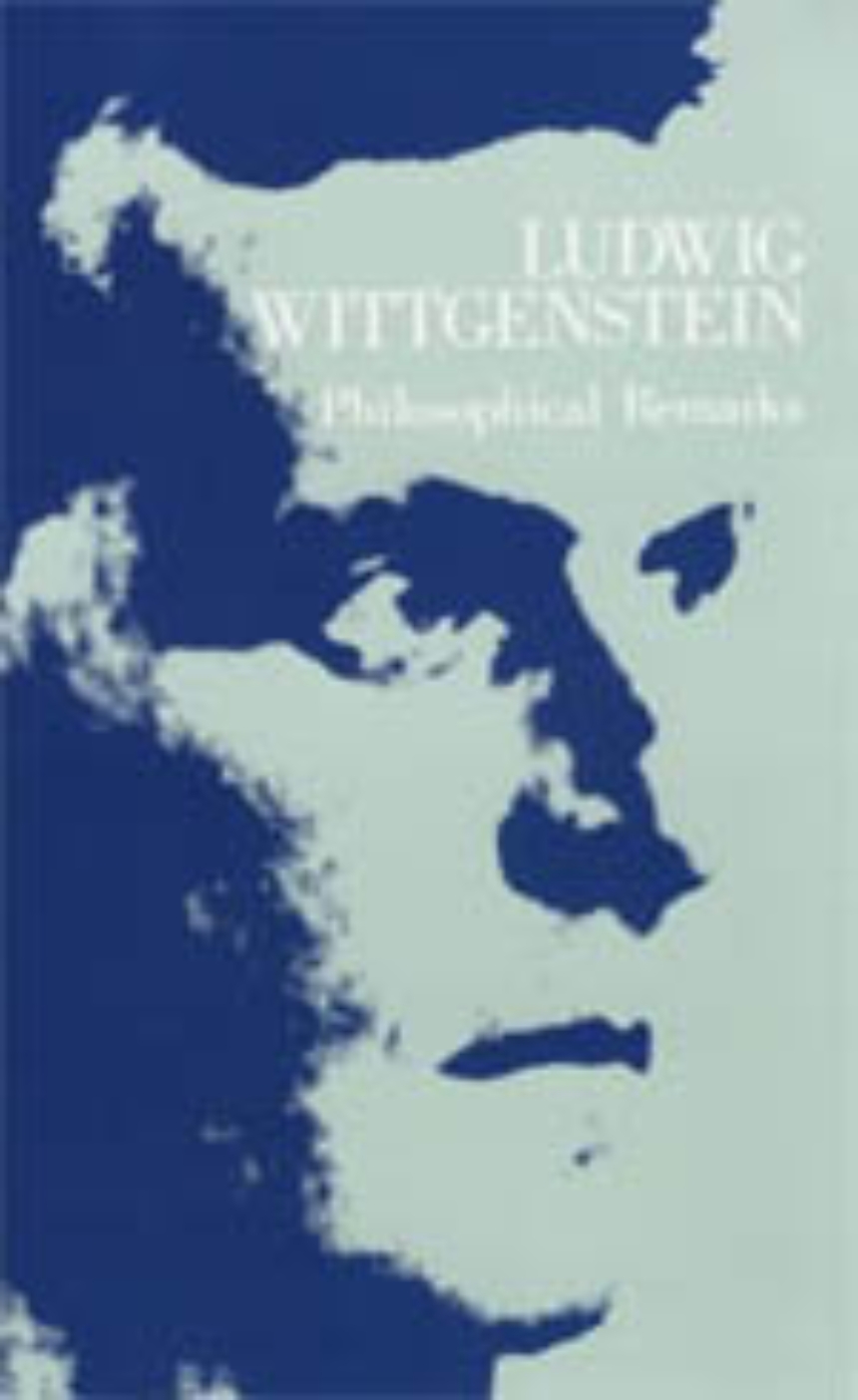 Translated by Maximilian A. E. Aue
When in May 1930, the Council of Trinity College, Cambridge, had to decide whether to renew Wittgenstein’s research grant, it turned to Bertrand Russell for an assessment of the work Wittgenstein had been doing over the past year. His verdict: "The theories contained in this new work . . . are novel, very original and indubitably important. Whether they are true, I do not know. As a logician who likes simplicity, I should like to think that they are not, but from what I have read of them I am quite sure that he ought to have an opportunity to work them out, since, when completed, they may easily prove to constitute a whole new philosophy."

"[Philosophical Remarks] contains the seeds of Wittgenstein’s later philosophy of mind and of mathematics. Principally, he here discusses the role of indispensable in language, criticizing Russell’s The Analysis of Mind. He modifies the Tractatus’s picture theory of meaning by stressing that the connection between the proposition and reality is not found in the picture itself. He analyzes generality in and out of mathematics, and the notions of proof and experiment. He formulates a pain/private-language argument and discusses both behaviorism and the verifiability principle. The work is difficult but important, and it belongs in every philosophy collection."—Robert Hoffman, Philosophy

Language and Linguistics: Philosophy of Language