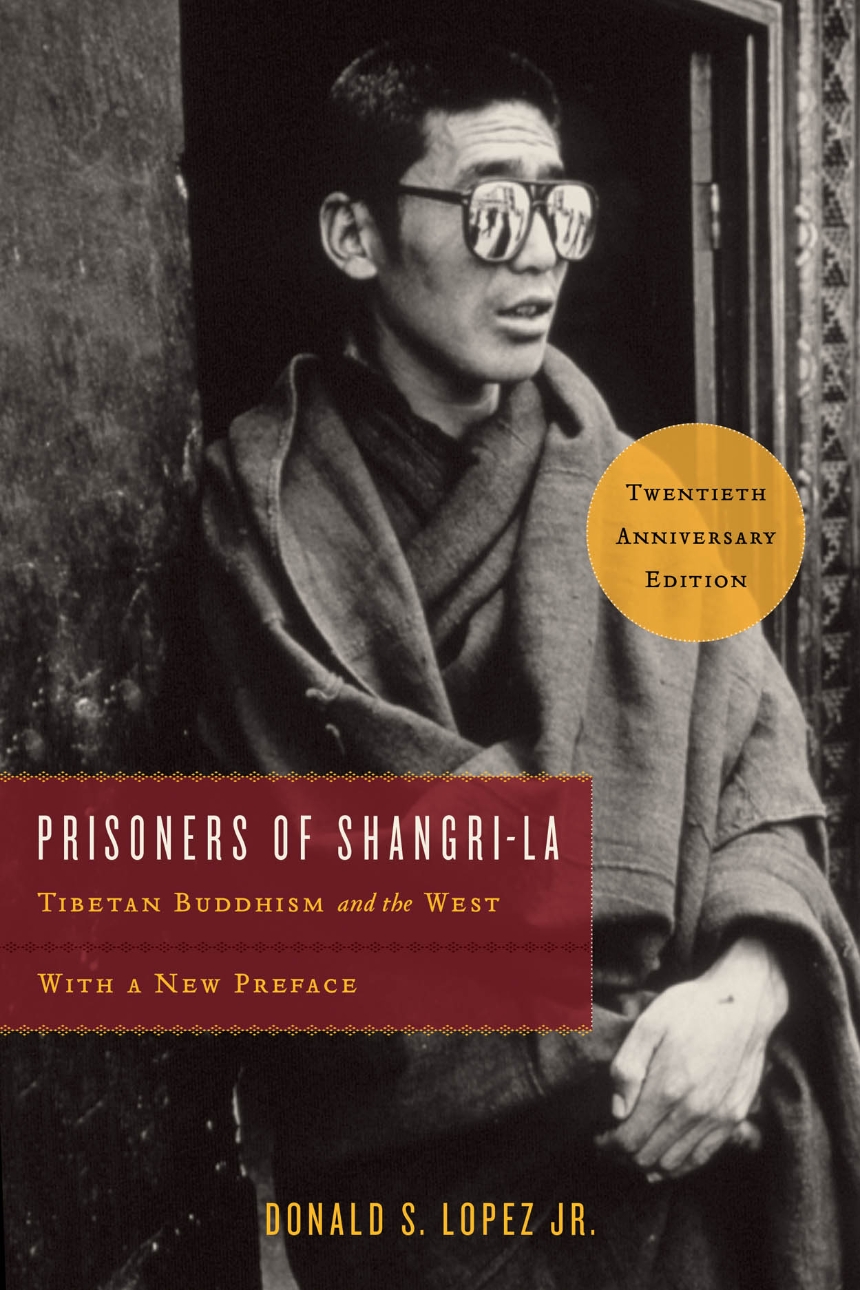 Tibetan Buddhism and the West

Tibetan Buddhism and the West

With a New Preface
To the Western imagination, Tibet evokes exoticism, mysticism, and wonder: a fabled land removed from the grinding onslaught of modernity, spiritually endowed with all that the West has lost. Originally published in 1998, Prisoners of Shangri-La provided the first cultural history of the strange encounter between Tibetan Buddhism and the West. Donald Lopez reveals here fanciful misconceptions of Tibetan life and religion. He examines, among much else, the politics of the term “Lamaism,” a pejorative synonym for Tibetan Buddhism; the various theosophical, psychedelic, and New Age purposes served by the so-called Tibetan Book of the Dead; and the unexpected history of the most famous of all Tibetan mantras, om mani padme hum. More than pop-culture anomalies, these versions of Tibet are often embedded in scholarly sources, constituting an odd union of the popular and the academic, of fancy and fact.

Upon its original publication, Prisoners of Shangri-La sent shockwaves through the field of Tibetan studies—hailed as a timely, provocative, and courageous critique. Twenty years hence, the situation in Tibet has only grown more troubled and complex—with the unrest of 2008, the demolition of the dwellings of thousands of monks and nuns at Larung Gar in 2016, and the scores of self-immolations committed by Tibetans to protest the Dalai Lama’s exile.

In his new preface to this anniversary edition, Lopez returns to the metaphors of prison and paradise to illuminate the state of Tibetan Buddhism—both in exile and in Tibet—as monks and nuns still seek to find a way home. Prisoners of Shangri-La remains a timely and vital inquiry into Western fantasies of Tibet.

"Lopez lifts the veil on America's romantic vision of Tibet to reveal a country and a spiritual history more complex and less ideal than popular perceptions allow. . . . Lively and engaging, Lopez's book raises important questions about how Eastern religions are often co-opted, assimilated and misunderstood by Western culture."

"Prisoners of Shangri-La is a tour de force across the multi-faceted imaginary that is Tibet. . . . Lopez is one of the pioneers uncovering the entangled histories of 'east' and 'west.'"