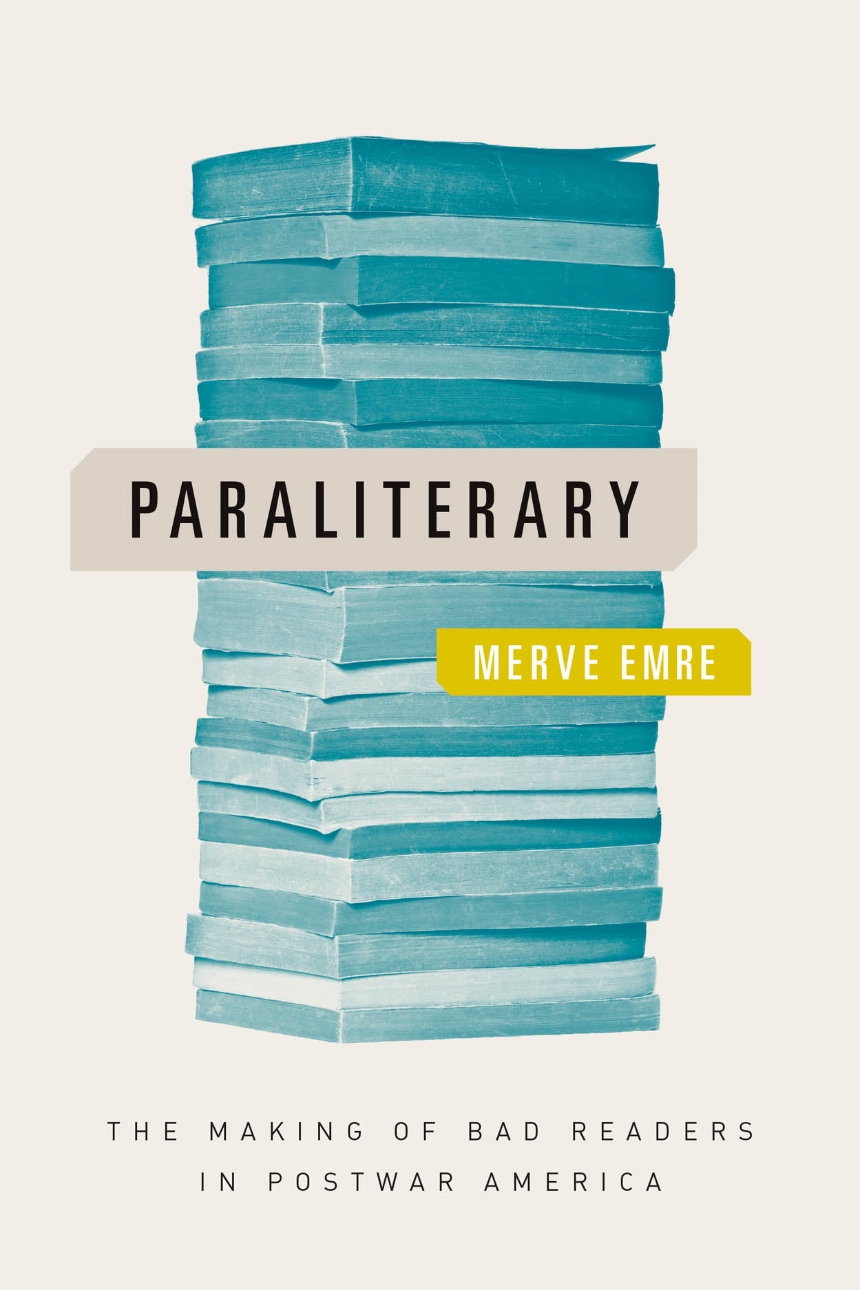 The Making of Bad Readers in Postwar America

The Making of Bad Readers in Postwar America

Literature departments are staffed by, and tend to be focused on turning out, “good” readers—attentive to nuance, aware of history, interested in literary texts as self-contained works. But the vast majority of readers are, to use Merve Emre’s tongue-in-cheek term, “bad” readers. They read fiction and poetry to be moved, distracted, instructed, improved, engaged as citizens. How should we think about those readers, and what should we make of the structures, well outside the academy, that generate them?
We should, Emre argues, think of such readers not as non-literary but as paraliterary—thriving outside the institutions we take as central to the literary world. She traces this phenomenon to the postwar period, when literature played a key role in the rise of American power. At the same time as American universities were producing good readers by the hundreds, many more thousands of bad readers were learning elsewhere to be disciplined public communicators, whether in diplomatic and ambassadorial missions, private and public cultural exchange programs, multinational corporations, or global activist groups. As we grapple with literature’s diminished role in the public sphere, Paraliterary suggests a new way to think about literature, its audience, and its potential, one that looks at the civic institutions that have long engaged readers ignored by the academy.

"Its intellectual moves (which are many, subtle, and a pleasure to follow) are harder to categorize. . .Her concern with bad readers remains low-key, non-redemptive. It never swells into full-blown anti-elitism, which as we have learned is a weapon that is liable to explode in your hands. . .None of her bad readers could have written this very good book.”

"Widens the range of sites where we can see criticism taking place. . . is chronologically as well as methodologically expansive: because the paraliterary seems to operate by means of institutional forces, it floats outside of strong historical periodizations. What unites Paraliterary’s diverse case studies is her insight that academic criticism justifies its methods by the type of subjects that it produces.”

"Paraliterary engages in an equally improbable act of empathy—in her case, with uses of literature that academics usually disavow. Most English professors bridle when we’re asked to read a Shakespeare sonnet at a wedding; to name our favorite character; to take a snapshot of a tourist in front of a famous writer’s birthplace. We spend our lives cajoling students to stop reading for the plot or the moral or to identify with characters. Emre, in contrast, has time for the “‘bad’ readers who lurk outside the classroom”—and, perhaps, even for the bad reader who lurks inside every off-duty literary critic. Ranging from coeds’ elocution to Fulbright fashion shoots, her quirkily juxtaposed case studies show literature to have played a central role in the 20th-century United States’ relation to Europe. I came away persuaded that literary critics should study the paraliterary instead of—or at least in addition to—being embarrassed by it. If you’re a bad reader trying to be good, or a good reader embracing your inner badness, this is the book for you."

"What makes Paraliterary particularly exciting is that its implications reach far beyond the tiny world of literary theory. Although most of the text is guided by descriptive protocol, ‘we, as critics, must proudly claim the bad readers as our own if we wish to make claims about reading at all.’ Emre believes this requires a survey of the institutional and geopolitical forces that created bad readers, along with an exploration of the distinctions between paraliterature and literature, if such distinctions exist. . . . This is genuine ambition from a younger scholar in a field that has a reputation for stifling it.”

“There have always been bad readers, but as Merve Emre’s fascinating and highly astute new book Paraliterary demonstrates, the particular classes and types of bad readers that were made as part of postwar American diplomatic efforts necessitate a full-scale reconstruction and reconsideration. She neither apologizes for nor laments them, but rather, takes their existence as a point of departure for a wide-ranging synthesis of deep archival research and cutting-edge polemic. . . remarkably diverse and yet conceptually entwined chapters. . .are highly original and inventive.”

“Paraliterary does for the history, theory, and practice of reading in the late twentieth century what The Program Era did for writing:  profoundly upend what we thought we knew about how institutions other than the university have shaped our culture and our engagement with it.  Merve Emre’s book is essential reading for scholars of post45 and anyone else who wants to understand where our assumptions about literary fiction come from and how we came to take them as self-evident.”

“Paraliterary represents a major work of scholarship. A product of innovative conceptualization, deep research, and keen critical insight, this book will have a significant impact on several fields of literary study and cultural history. Scholars of American literature, of the cultural Cold War, of the sociology of literature, and of literary theory will be discussing it intently and referring to it often for years to come.”

"If Emre’s book succeeds in bringing the term paraliterary into wide circulation....she will have done scholars a service....what feels really new about Paraliterary is its insistence that the difference between literary and paraliterary readers does not map onto a familiar division between elite and popular audiences."

"Merve Emre’sParaliterary is, in its author’s words, a book about ‘bad readers and the institutions that spawned them in postwar America’ [...] One ofParaliterary’s strengths is that its arguments also look beyond the particular instances it explores. This study shows that, to borrow from Jimmy inYesterday Will Make You Cry, there are a ‘million more’ types of bad reader still to be reclaimed."

Chapter One
Reading as Imitation