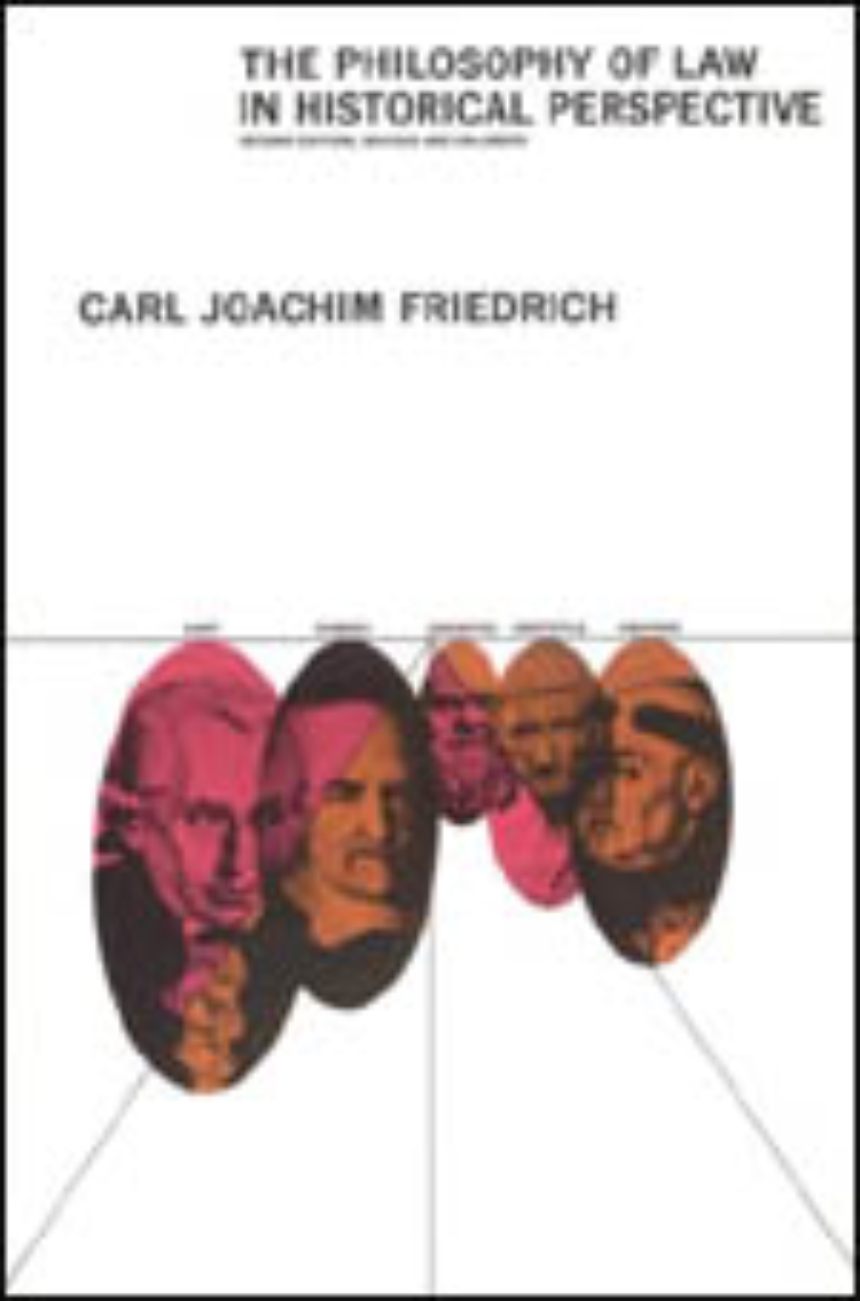 The Philosophy of Law in Historical Perspective

The Philosophy of Law in Historical Perspective

2d edition
Mr. Friedrich develops his own position within the framework of the history of Western legal philosophy from the Old Testament down to contemporary writers. In addition, he highlights some important problems of the present day, including certain aspects of legal realism. First published in 1958, this book has been revised and enlarged.

Part One - The Historical Development
I. Introduction
II. Law as the Will of God
The Heritage of the Old Testament
III. Law as Participation in the Idea of Justice
Plato and Aristotle
IV. Law as the Expression of the Laws of Human Nature
The Stoics and Roman Natural Law
V. Law as Order and Peace of the Community of Love
St. Augustine
VI. Law as the Mirror and Part of the Divine World Order
Thomas Aquinas and the Scholastics
VII. Law as  a Historical Fact
The Humanists
VIII. Statutory Law against Natural Law
The Doctrine of Sovereignty in Bodin, Althusius, and Grotius
IX. The English Constitutional Tradition
Sir Thomas Smith and Richard Hooker
X. Common Law against Natural Law
James I, Edward Coke, and Francis Bacon
XI. Law as Command
Hobbes and the Utilitarians
XII. Law as the Basic Law of the Constitution
Locke and Montesquieu
XIII. Law as the Expression of "Pure Reason"
From Spinoza to Wolff
XIV. Law as the Expression of the General Will
Rousseau and Kant
XV. Law as the Expression of the Spirit
Hegel and the Historical School
XVI. Law as Class Ideology
Marx and Engels
XVII. Philosophical Liberalism
Ihering and Stammler
XVIII. The Decline of Legal Philosophy
Relativists, Formalists, and Skeptics
XIX. The Revival of Natural Law in Europe and America
Part Two - Systematic Analysis
XX. Justice, Equality, and the Common Man
XXI. Law, Authority, and Legitimacy
XXII. Law and Order
The Problem of the Breach of Law
XXIII. Constitutional Law as the Basis of the Legal System
XXIV. Peace and the World Community of Law
Appendixes
I. Law and History
From Vanderbilt Law Review, October, 1961
II. Remarks on Llewellyn’s View of Law, Official Behavior, and Political Behavior
From Political Science Quarterly, September, 1935
Bibliography
Indexes
Author Index
Subject Index