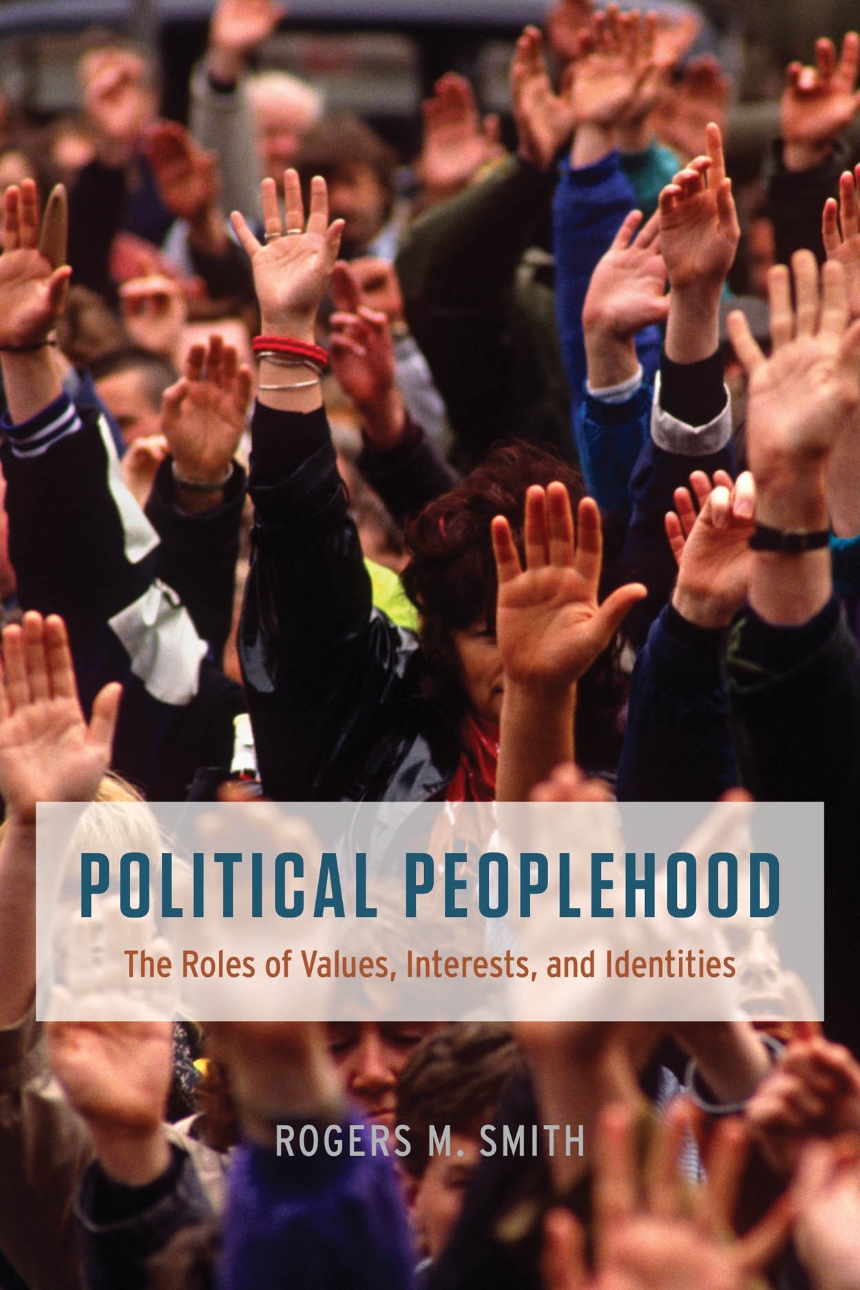 The Roles of Values, Interests, and Identities

The Roles of Values, Interests, and Identities

For more than three decades, Rogers M. Smith has been one of the leading scholars of the role of ideas in American politics, policies, and history. Over time, he has developed the concept of “political peoples,” a category that is much broader and more fluid than legal citizenship, enabling Smith to offer rich new analyses of political communities, governing institutions, public policies, and moral debates.

This book gathers Smith’s most important writings on peoplehood to build a coherent theoretical and historical account of what peoplehood has meant in American political life, informed by frequent comparisons to other political societies. From the revolutionary-era adoption of individual rights rhetoric to today’s battles over the place of immigrants in a rapidly diversifying American society, Smith shows how modern America’s growing embrace of overlapping identities is in tension with the providentialism and exceptionalism that continue to make up so much of what many believe it means to be an American.

A major work that brings a lifetime of thought to bear on questions that are as urgent now as they have ever been, Political Peoplehood will be essential reading for social scientists, political philosophers, policy analysts, and historians alike.

“Constitutive stories of ‘peoplehood’ are not only necessary to keep political communities together, they also design and open the way to a better future. This is a compelling and impressive masterpiece delivered by Smith on what is at the core of politics and nevertheless so much neglected.”

“Smith offers a compelling defense of the importance of ‘stories of peoplehood’ to the organization of our political lives, from how we conceive of ourselves as citizens to the kinds of leaders we elect and the policies and legislation they enact. A model of problem-driven political science, the book demonstrates a stunning breadth of knowledge and moves fluently between debates in contemporary democratic theory, American political development, immigration policy, and even literary theory and narratology.”

“For more than three decades, Smith has been one of the leading scholars of the role of ideas in American politics. In Political Peoplehood, he extends and deepens his concept of ‘peoplehood,’ laying out in the process an agenda for research that is sure to influence future scholarship on political development in the United States and in many other societies as well.”

“By broadening the location of ‘political peoplehood’ to include sub- and transnational identities and by linking political demands for inclusion and equality to concrete groups shaped by historically contingent values, Smith seeks to narrow the gap between truth and power. . . . Recommended."

"Smith’s positioning midway between ordinary politics (coalition formation and maintenance) and systems of meaning and culture provides a solid base for contemporary political scientists seeking to systematically consider these issues."