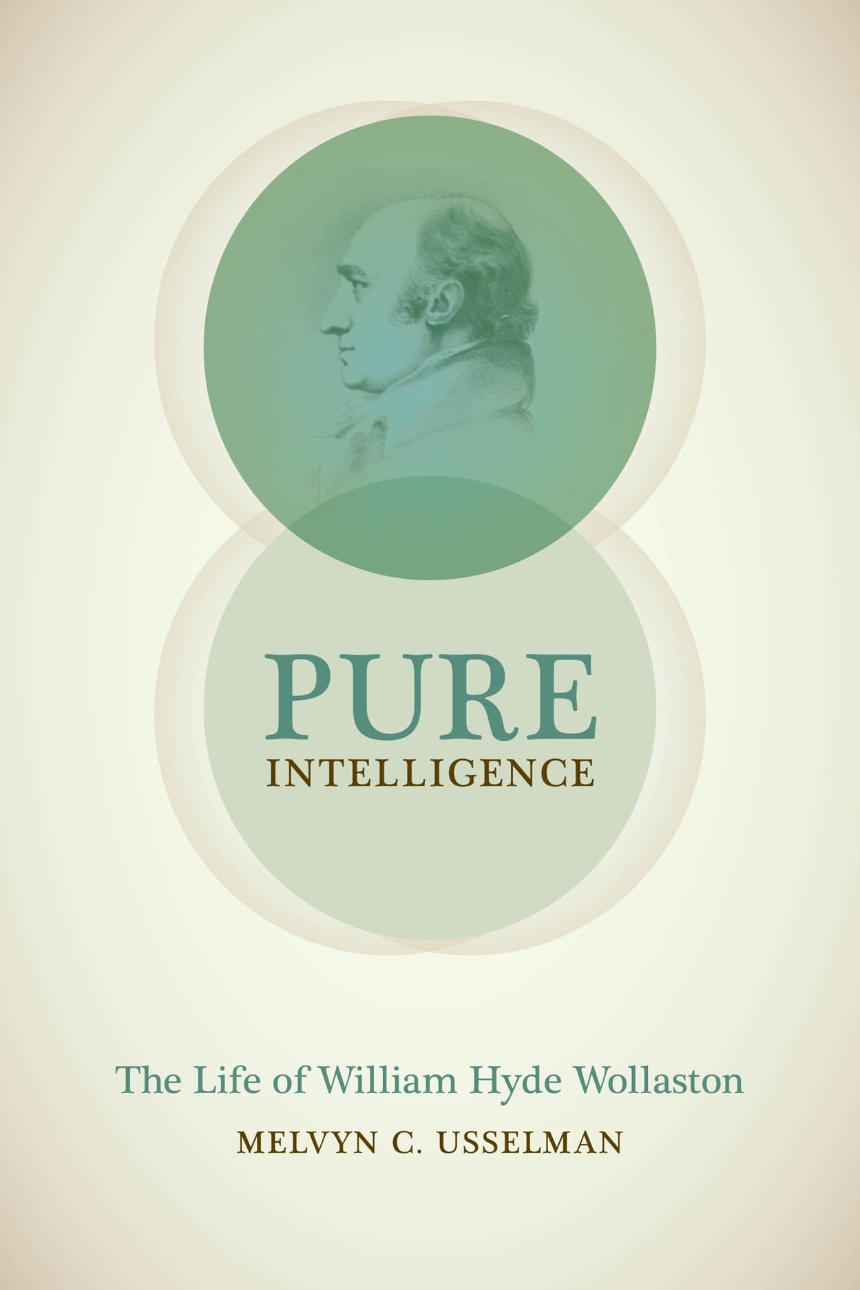 The Life of William Hyde Wollaston

The Life of William Hyde Wollaston

William Hyde Wollaston made an astonishing number of discoveries in an astonishingly varied number of fields: platinum metallurgy, the existence of ultraviolet radiation, the chemical elements palladium and rhodium, the amino acid cystine, and the physiology of binocular vision, among others. Along with his colleagues Humphry Davy and Thomas Young, he was widely recognized during his life as one of Britain’s leading scientific practitioners in the first part of the nineteenth century, and the  deaths of all three within a six-month span, between 1828 and 1829, were seen by many as the end of a glorious period of British scientific supremacy. Unlike Davy and Young, however, Wollaston was not the subject of a contemporary biography, and his many impressive achievements have fallen into obscurity as a result.

Pure Intelligence is the first book-length study of Wollaston, his science, and the environment in which he thrived. Drawing on previously-unstudied laboratory records as well as historical reconstructions of chemical experiments and discoveries, and written in a highly accessible style, Pure Intelligence will help to reinstate Wollaston in the history of science, and the pantheon of its great innovators.

"He was crucial to the development of crystallography, and discovered the amino acid cystine and the elements palladium and rhodium. Yet scientific polymath William Hyde Wollaston (1766–1828) is largely forgotten. This meticulous biography, the life's work of late chemist Melvyn Usselman, reveals a man of indefatigable curiosity and methodological genius. As we see Wollaston crafting analytical instruments for Arctic expeditions, stargazing, or showing scientific writer Mary Somerville the uses of a goniometer, we can only concur with Usselman that this was a 'man worth knowing.'"

"In William Wollaston, Usselman has found a long-neglected but vastly interesting subject and presented us with a gem of a book. . . . Wollaston (1766-1828) made contributions to organic, inorganic, physical and analytical chemistry, optics, crystallography, mineralogy, physiology, electricity, instrument design and manufacture, physiology and kinematics. . . . Usselman’s book paints a picture of the full breadth of Wollaston’s professional life that is close up and detailed."

“Pure Intelligence: The Life of William Hyde Wollaston is a biography two centuries overdue: but well worth the wait….In this volume you will read fascinating accounts of Wollaston’s discoveries….Professor Usselman has covered Wollaston’s scientific achievements in their entirety at a level of scholarship that can only be described as magnificent.”

Brain: A Journal of Neurology

"Usselman’s approach is classically internalist, and reading his detailed unpacking of the scientific reasoning revealed by Wollaston’s laboratory notebooks reminded me of the way musicologists write the history of music, making their argument both in prose and in musical notation. Usselman’s reconstruction and demonstration of Wollaston’s design of sequences of reagents in order to progressively refine his metals, uses both prose descriptions and chemical notation-both modern and late eighteenth century-in tandem to show what a great technician Wollaston was."

Studies in History and Philosophy of Biological and Biomedical Sciences

"Portraying the extraordinary polymath Wollaston both in detail and in the round, this elegantly written work is a major contribution to understanding early nineteenth-century British science. Usselman exhibits quiet mastery of the diverse fields in which Wollaston labored, fitting his subject into the science, the technology, and the political and economic life of his day. His work says much about themes of great current historical interest, including the relationships of science to artisanal crafts, invention, and enterprise. Pure Intelligence is both an intellectual tour de force and a pleasure to read."

"During the first thirty years of the nineteenth century William Hyde Wollaston’s contemporaries considered him Britain’s greatest natural philosopher, yet today he is almost a forgotten figure. After two centuries of obscurity Wollaston is vividly brought to life in Usselman’s long-awaited and aptly titled biography.  Based upon a thirty-year study of Wollaston’s extraordinary wide range of publications, laboratory notebooks, letters and business records, Usselman tells the story of a polymath physician who entered a secret partnership to manufacture platinum metals and organic chemicals and found himself in an embarrassing but fascinating ethical dilemma; a brilliant analytical chemist who played a crucial role in the development of crystallography and the atomic theory; a physicist whose contributions to optics and instrument-making were fundamental; and a man who was at the cultural center of British science. This is a brilliant study of a neglected genius."

"Usselman has written the first major biography of William Hyde Wollaston, and it is magisterial. Wollaston was reserved in public, warm and devoted in private. Here we have Wollaston brought to life in the round, with the full range of his laboratory work incisively examined, his public service, his inventiveness, and his commercial acumen; science, society, politics, and finance are all in play, and Usselman not only teaches us about Wollaston, restoring him to the eminence that his contemporaries recognized, but also sheds new and important light on the multiple contexts in which he lived and worked. This, after two hundred years, is the definitive biography."

"Somehow no biography of William Hyde Wollaston materialised during or just after his life, and over time he became little more than a name, sometimes regarded as a recluse. Now after a lifetime’s devotion, Usselman has magnificently filled the gap with a book that brings this great man to life and puts him in his context of Regency Britain and its ‘Second Scientific Revolution,’ in which science became specialised and professional. Anyone with interests in the history of science generally as well as in chemistry specifically will want to read and enjoy this biography, and I am happy to commend it most warmly."