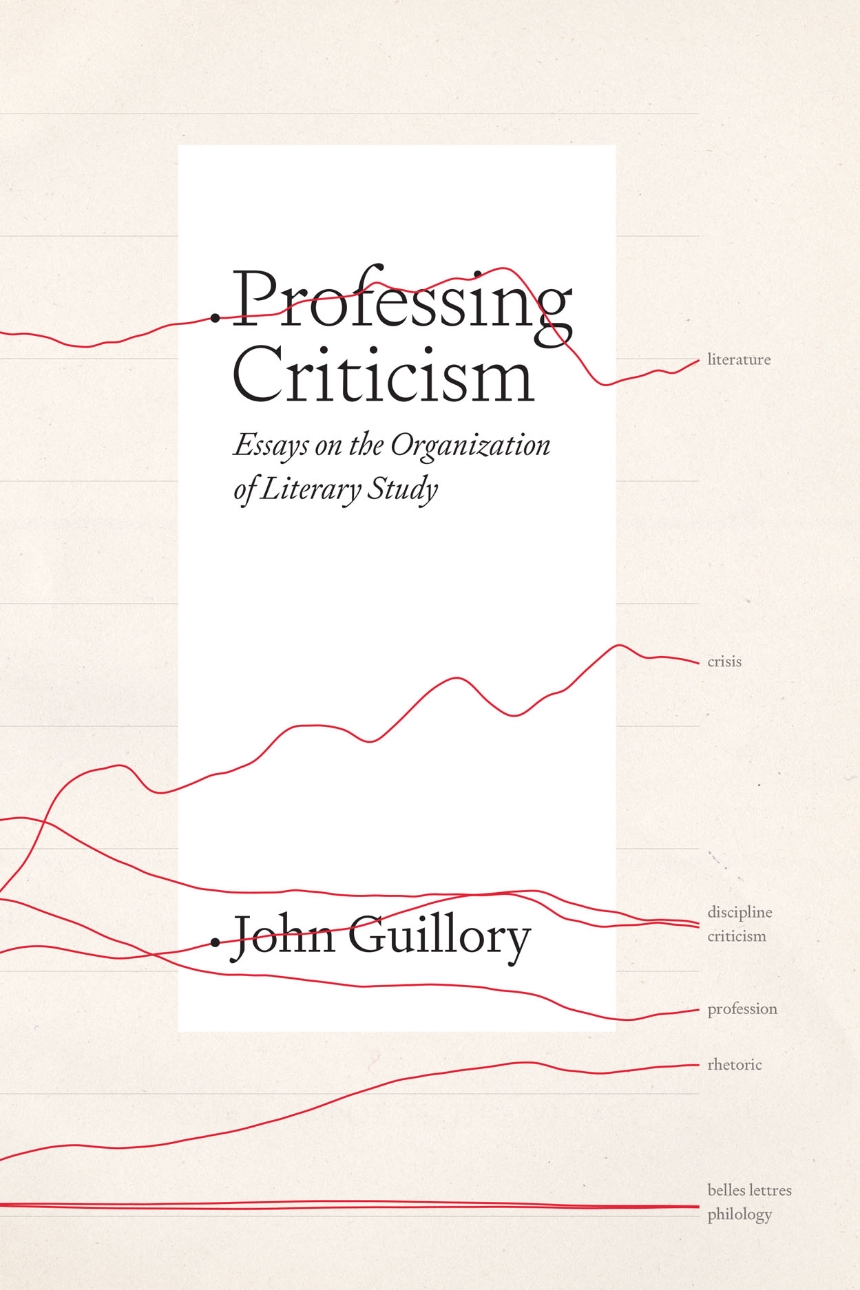 Essays on the Organization of Literary Study

Essays on the Organization of Literary Study

A sociological history of literary study—both as a discipline and as a profession.

As the humanities in higher education struggle with a labor crisis and with declining enrollments, the travails of literary study are especially profound. No scholar has analyzed the discipline’s contradictions as authoritatively as John Guillory. In this much-anticipated new book, Guillory shows how the study of literature has been organized, both historically and in the modern era, both before and after its professionalization. The traces of this volatile history, he reveals, have solidified into permanent features of the university. Literary study continues to be troubled by the relation between discipline and profession, both in its ambivalence about the literary object and in its anxious embrace of a professionalism that betrays the discipline’s relation to its amateur precursor: criticism.

In a series of timely essays, Professing Criticism offers an incisive explanation for the perennial churn in literary study, the constant revolutionizing of its methods and objects, and the permanent crisis of its professional identification. It closes with a robust outline of five key rationales for literary study, offering a credible account of the aims of the discipline and a reminder to the professoriate of what they already do, and often do well.

“Professing Criticism offers a brilliantly exacting, politically confronting analysis of why the study of literature is unlike other disciplines of the university and what its distinctive history means for its ability to serve a clear social purpose today. Fearless in his account of how and why we practitioners of criticism so often misplace and exaggerate our contributions to political life, Guillory defines the terms for the conversations we need to be having now: conversations about the scope and purposes of criticism in a public sphere where literature is no longer central; about the relation of print to unrestricted digital media platforms; about the diversity of the demand for writing today and our role in teaching it; and about the forms of knowledge we can offer a society in which interpretation of texts is a specialist way of making sense of the world.”

“Professing Criticism is the distillation of a lifetime’s quest by one of our most deeply learned, searching, and principled literary scholars to understand literary studies in its long history of changing extrinsic relations with society, internal tectonic shifts as a discipline, and current structural diminishment. Guillory’s grand argument about literary studies as part of the sociology of knowledge is sweeping, and his analyses of the perennial confusions about the objects and modes of literary criticism are acute. ‘These conditions must be acknowledged if the professoriate is ever to overcome its tendency to construct literary study as something more than it can be and less than it should be,’ he writes—a sentence that captures the poised essence of his challenge to, yet affirmation of, literary study as a diminished, but not therefore to be relinquished, discipline.”

"The most penetrating, and in some ways most original, study we have of the forces that have shaped the history of literary study, especially in the US. . . . Professing Criticism does not fit any familiar category: it is the work of an original intelligence taking seriously the various responsibilities involved in trying to understand how the present state of literary study emerged out of its history."

"Three decades ago, Guillory’s influential Cultural Capital attacked the whole premise of the canon wars. The combatants assumed that it mattered meaningfully for creation of an inclusive social world what people read in literature classrooms. They mistook or substituted the exclusionary classroom for a possibly inclusive social world. These arguments are revisited and deepened in Professing Criticism, which warns against examining 'the school' in isolation from the total world."

Part Three: Professionalization and Its Discontents
Chapter 9 On the Permanent Crisis of Graduate Education
Chapter 10 Evaluating Scholarship in the Humanities
Chapter 11 Composition and the Demand for Writing
Chapter 12 The Question of Lay Reading
Conclusion: Ratio Studiorum
Acknowledgments
Index