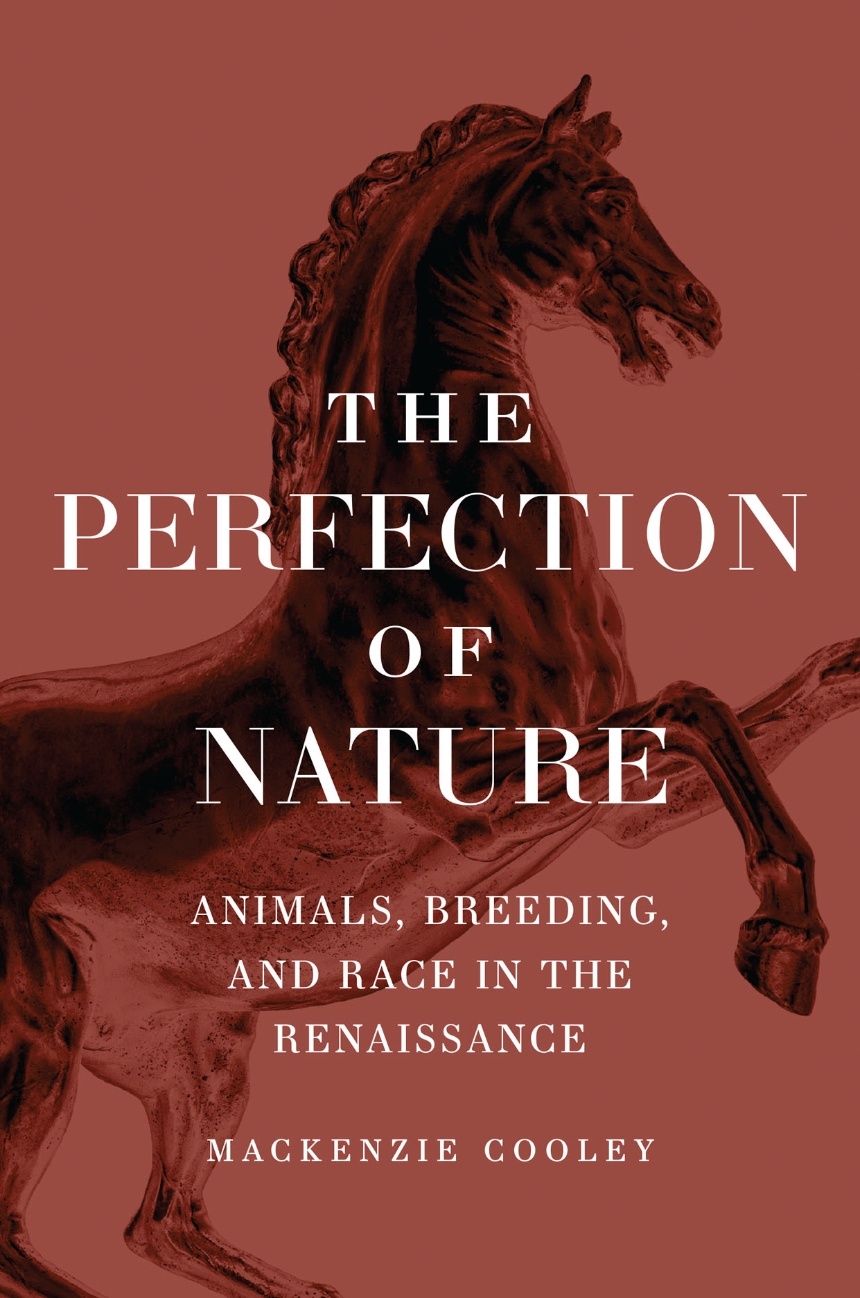 The Perfection of Nature

Animals, Breeding, and Race in the Renaissance

The Perfection of Nature

Animals, Breeding, and Race in the Renaissance

A deep history of how Renaissance Italy and the Spanish empire were shaped by a lingering fascination with breeding.

The Renaissance is celebrated for the belief that individuals could fashion themselves to greatness, but there is a dark undercurrent to this fêted era of history. The same men and women who offered profound advancements in European understanding of the human condition—and laid the foundations of the Scientific Revolution—were also obsessed with controlling that condition and the wider natural world.

Tracing early modern artisanal practice, Mackenzie Cooley shows how the idea of race and theories of inheritance developed through animal breeding in the shadow of the Spanish Empire. While one strand of the Renaissance celebrated a liberal view of human potential, another limited it by biology, reducing man to beast and prince to stud. “Race,” Cooley explains, first referred to animal stock honed through breeding. To those who invented the concept, race was not inflexible, but the fragile result of reproductive work. As the Spanish empire expanded, the concept of race moved from nonhuman to human animals. Cooley reveals how, as the dangerous idea of controlled reproduction was brought to life again and again, a rich, complex, and ever-shifting language of race and breeding was born.

Adding nuance and historical context to discussions of race and human and animal relations, The Perfection of Nature provides a close reading of undertheorized notions of generation and its discontents in the more-than-human world.

"How can one breed animals to create a better nature? The Perfection of Nature offers a prodigiously rich narrative of the sixteenth-century infatuation with this deceptively simple question. In a stunningly insightful volume, Cooley offers a comprehensive overview of how farmers, breeders and natural philosophers across the Atlantic attempted to improve upon the natural world that surrounded them, with varying degrees of success and often unintended results. The Perfection of Nature is a major accomplishment that offers an inspiring, thought-provoking and refreshingly original account of how the European encounter with the America reshaped the animal world and the way humans think both about animals and themselves. This is history of science, animal studies, environmental history and Atlantic history of the best kind."

"In this important contribution to the prehistory of modern race thinking, Cooley traces ideas and practices relating to the breeding of animals in early modern Italy, Spain, and pre-Spanish and Spanish America. Using archival, manuscript, and visual sources, she untangles changing understandings of inheritance, lineage, and difference as they related to the dogs, horses, camelids, and, occasionally, humans of the Old and New Worlds."

“This is a terrific book on an important and timely topic: as humans study the reproduction of characteristics in animals and plants, how do they apply what they learn to the reproduction of characteristics in humans? Cooley’s fascinating exploration maps breeding knowledge and practices in sixteenth century Europe and the Americas onto a new discourse of race. Her travels take us across boundaries of geography and species, from Italy to Mexico, from maize to camelids, horses, and humans, in order to teach us how agriculture has informed (in)humanity.”