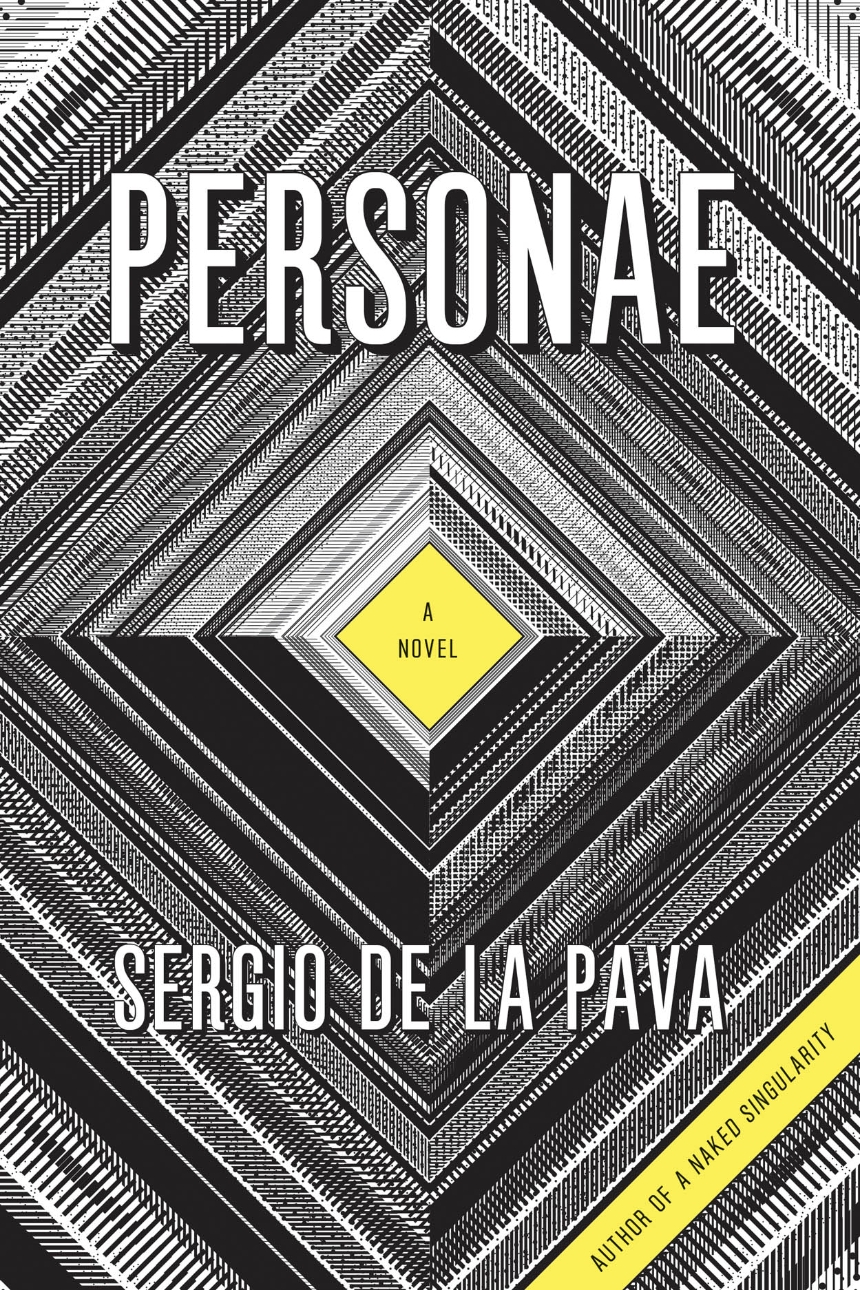 Sergio De La Pava’s A Naked Singularity was one of the most highly praised debut novels in decades. The Wall Street Journal called it “a propulsive, mind-bending experience,” and named it one of the ten best books of the year. The Toronto Star did the same, calling it “a great American novel: large, ambitious, and full of talk.” In Slate, Paul Ford proclaimed,“It’s a fine thing for an author to bring forth something so unapologetically maximalist.”
This book is nothing like that one. Just look at it: A Naked Singularity was a brick of a book, 678 pages, and this one’s slim--lean and focused. A Naked Singularity locked us into the unforgettable voice of its protagonist, Casi, while Personae shimmers and shifts among different perspectives, locations, and narrative techniques.

But sharp readers will quickly see that the two books are the work of the same hand. The sheer energy of De La Pava’s sentences, his eye for absurd humor, his commitment to the idea of justice--all will be familiar here as they carry us from the tale of an obsessive, damaged psychic detective consumed by a murder case, into a Sartrean drama that raises questions (and jokes) about responsibility, fate, death, and more. And when De La Pava eventually returns us to the investigation, this time seen from the other side, the lives and deaths bound up in it feel all the more real, and moving, even as solid answers slip away into mist.
Shelf Awareness declared that A Naked Singularity "heralded the arrival of a tremendous talent." In some ways, despite its brevity, Personae is even more surprising and challenging--and, in its ambition and fierce intelligence, it’s proof that Sergio De La Pava is here to stay.

"There’s a lot of grinning playfulness in this undermining of mystery-novel conventions, but one of Mr. De La Pava’s most arresting traits is his ability to bind his whimsical impulses to philosophical seriousness. . . . Personae emphasizes the puzzle above any expectation of resolution. Yet in this willfully cryptic book, Mr. De La Pava’s sense of moral urgency is ever-present. In only his early 40s, he is already a writer of mercurial brilliance, and even his strangest detours are worth following."

"De La Pava’s shape-shifting latest is, in part, an upbeat existentialist comedy. . . . Game readers should have as much fun with this clever experiment as the author seems to have had inventing it, and be challenged by his more serious and troubling questions."

"Personae is . . . the most galvanizing meditation on the possibilities and ramifications of artistic process that I have read in recent memory. . . . [It] is a love story about a writer who finds his ideal reader. What’s more, the novel suggests that every act or reading can live up to the same standard, and that this futile pursuit qualifies as beauty."

"Each individual section succeeds in drawing you in. . . . Its familiar oddness leaves a final impression of virtuosic pastiche. . . . . Personae remains an intriguing work by an exceptional new talent."

"Personae is not an easy read. . . . But as a meditation on literature, it is playful, ambitious, and full of imagination, a 21st-century novel-of-some-kind, well worth pondering now, tomorrow, and years down the road.”

"Not so much a novel as an amalgamation of ideas. This is a difficult, disjointed book, but one that maintains its ability to captivate. . . . The disjointed nature of Personae appears to be finely tuned and meticulously calculated: De La Pava floats his readers through a detective story, an existential drama, and even a short jaunt through musical theory all in the name of challenging the conventions of a novel. . . . And somehow, these threads harmonize together."

"Personae is as layered vertically as A Naked Singularity is horizontally, being equally complex but more condensed. Where the first book barrels forward in a multitude of currents, reading Personae is like digging deeper and deeper into a mystery."

"By combining its absurdist wit and fierce intelligence with a core of heartfelt emotion, it remains completely irresistible even when it’s being more than a little incomprehensible."

"Personae’s 216 pages tremble with wiry strength, a welterweight that punches pound-for-pound with its heavyweight elder, and promises a glittering future from Sergio De La Pava."