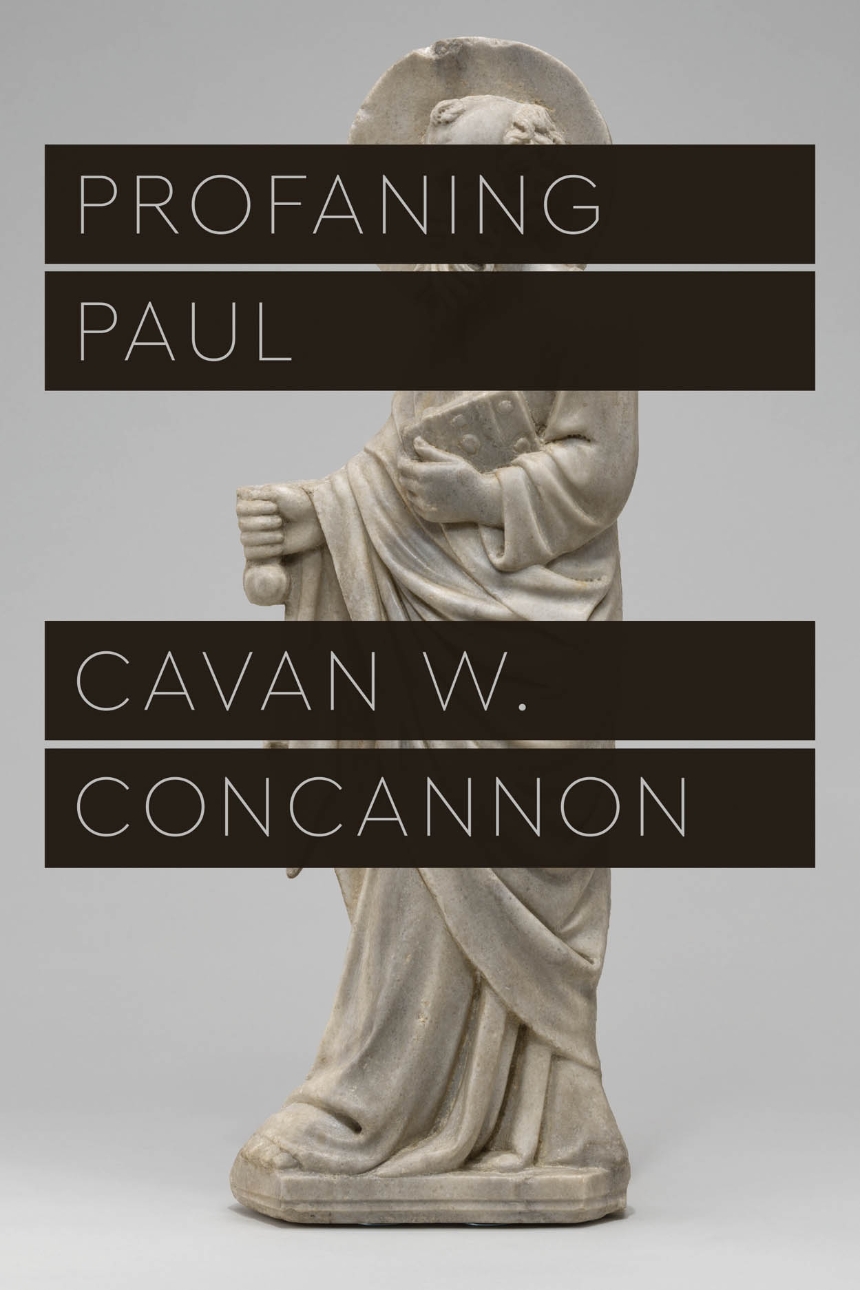 A critical reconsideration of the repeated use of the biblical letters of Paul.

The letters of Paul have been used to support and condone a host of evils over the span of more than two millennia: racism, slavery, imperialism, misogyny, and anti-Semitism, to name a few. Despite, or in some cases because of, this history, readers of Paul have felt compelled to reappropriate his letters to fit liberal or radical politics, seeking to set right the evils done in Paul’s name. Starting with the language of excrement, refuse, and waste in Paul’s letters, Profaning Paul looks at how Paul’s “shit” is recycled and reconfigured. It asks why readers, from liberal Christians to academic biblical scholars to political theorists and philosophers, feel compelled to make Paul into a hero, mining his words for wisdom. Following the lead of feminist, queer, and minoritized scholarship, Profaning Paul asks what would happen if we stopped recycling Paul’s writings. By profaning the status of his letters as sacred texts, we might open up new avenues for imagining political figurations to meet our current and coming political, economic, and ecological challenges.

"In pushing back against efforts by both theologians and philosophers to contextualize and explain Paul’s words, Concannon points out harmful passages in Paul’s seminal writings, including his message for slaves to obey masters and his calls for women to submit. . . . This heady blend of Continental philosophy, biblical studies, and critical theory will be sure to spark debate among scholars grappling with Paul and his legacy."

"Concannon’s Profaning Paul is likely the first work of biblical criticism that begins in an outhouse and ends in a garbage heap. Its references to waste offer laugh-out-loud moments throughout its provocative work, which concentrates on modern interpretations of the Pauline epistles... a fascinating, entertaining book for spiritual seekers who are willing to get their hands dirty."

"In this important book, Concannon argues that the problems of Paul's canonical letters render his archive garbage. . . . For Concannon, profaning the sacred status of Paul's letters rather than protecting it is more politically intriguing and generative. He provides an extensive critique of the way Paul fostered racism and slavery, and he shows how Paul speaks negatively of his bodily realities while idealizing a spiritual body after death. Concannon finds that feminist and queer scholars have rightly recognized Paul as a political problem. Overall, the argument of this book is erudite. . . . Recommended."

"In this affectively sensitive and thoroughly thought-provoking study, the author compellingly engages a range of resources, including critical feminist, queer, postcolonial, and race studies as well as new materialism and continental philosophy. By the conclusion, it is evident that there is fecundity in the rubbish pile and new ways of reading Paul by refusing Paul."

The Bible and Critical Theory

“Readable and fascinating, Profaning Paul represents the most interesting work within the meeting place of biblical studies and cultural studies and theory. Concannon’s close readings of philosophers and scholars are responsible and attentive, his critiques are satisfying, and the take-aways are plentiful.”

Maia Kotrosits, author of The Lives of Objects

“Extraordinarily learned and perfectly clear, Profaning Paul counts the high cost of the refusal to allow Paul and his letters to stink. Paul’s letters land, hitting hard, sanitizing inequality, and whitewashing exploitation. Rather than seeking to redeem Paul, the Christian or the secular saint, Concannon invites us to sit in and with this shit—Paul’s and ours—and survive. A courageous, astute, razor-sharp, and ethically urgent analysis.”

"A wonderfully vivid writer, Con­cannon weighs his argument carefully. He does not exactly blame Paul for holding views shared by most of his contemporaries. Instead, he questions why such a person should hold moral authority today. "

Searching for Paul in the Bathroom
Staying with the Shit
Interlude: Feeling Like Shit
The Bible Doesn’t Smell
Interlude: Owning My Shit
Redeeming Paul
Splitting Paul
Interlude: Back to the Dump
Profaning Paul
A Sometimes Paul
Paul’s Shit
Refusing Paul