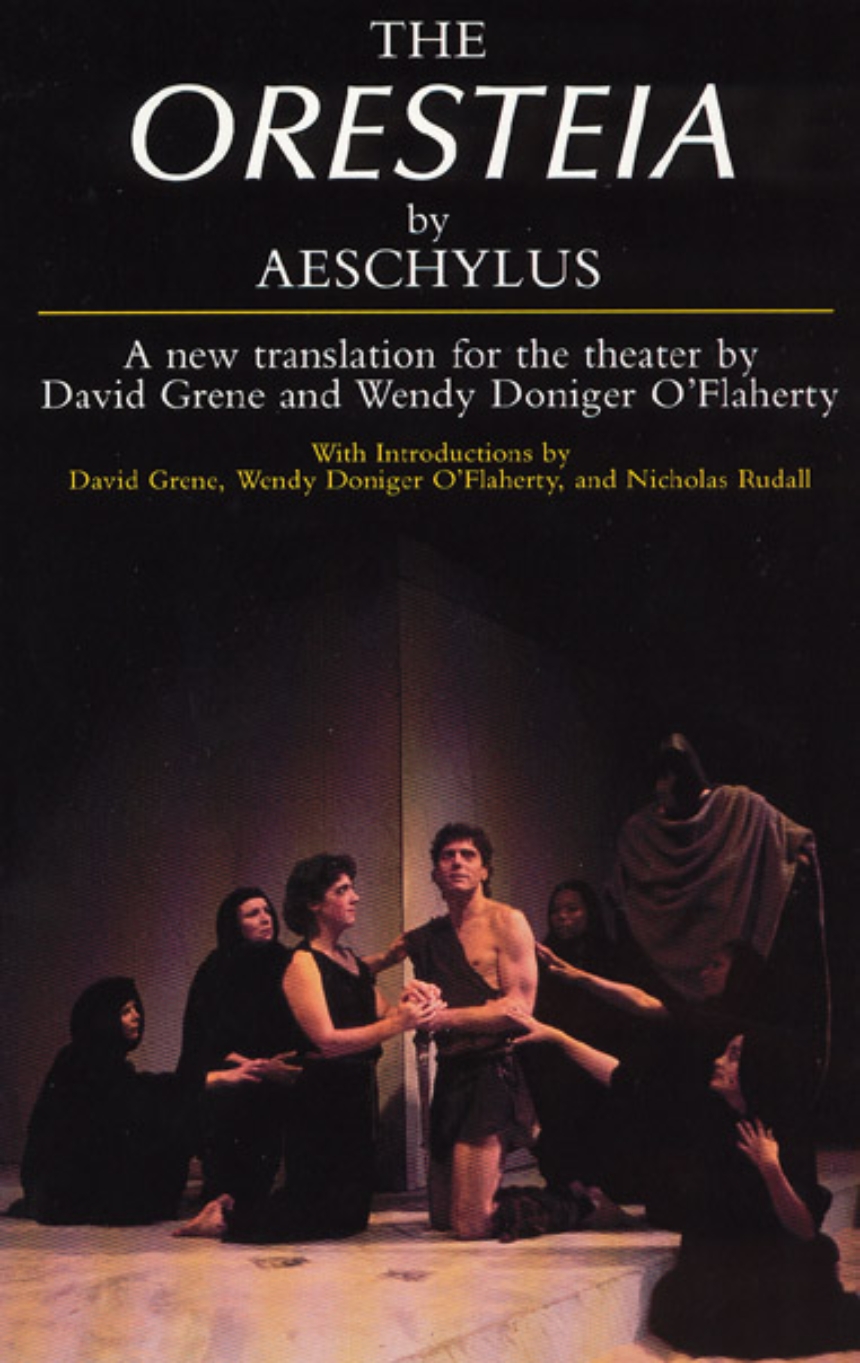 A new Translation for the theater by David Grene and Wendy Doniger O'Flaherty
Highly acclaimed as translators of Greek and Sanskrit classics, respectively, David Grene and Wendy Doniger O’Flaherty here present a complete modern translation of the three plays comprising Aeschylus’ Orestia and, with the assistance of director Nicholas Rudall, an abridged stage adaptation. This blanced and highly successful collaboration of scholars with a theater director solves the contemporary problems of translating and staging the Orestia, which originally was written to be performed in Athens in the first half of the fifth century B.C.
While remaning faithful to the original Greek, Grene and O’Flaherty embrace a strong and adventurous English style, vivid and visceral. The language of this extraordinary translation, immediately accessible to a theater audience, speaks across the centuries. Premiered at Chicago’s Court Theater in 1986 under Rudall’s direction, the stage adaptation of the Orestia proved eminently playable.
This new adaptation of the orestia offers a brilliant demonstration of how clearly defined goals (here, the actor’s needs) can inspire translators to produce fresh, genuine, accessible dramatic texts. The resulting work provides complete and accurate texts for those who cannot read the original Greek, and it transforms the Orestia into an effective modern stage play. With interpretive introductions written by the translators and director, this new version will be welcomed by teachers of translation courses, by students of Greek and world drama in general, and by theater professionals.