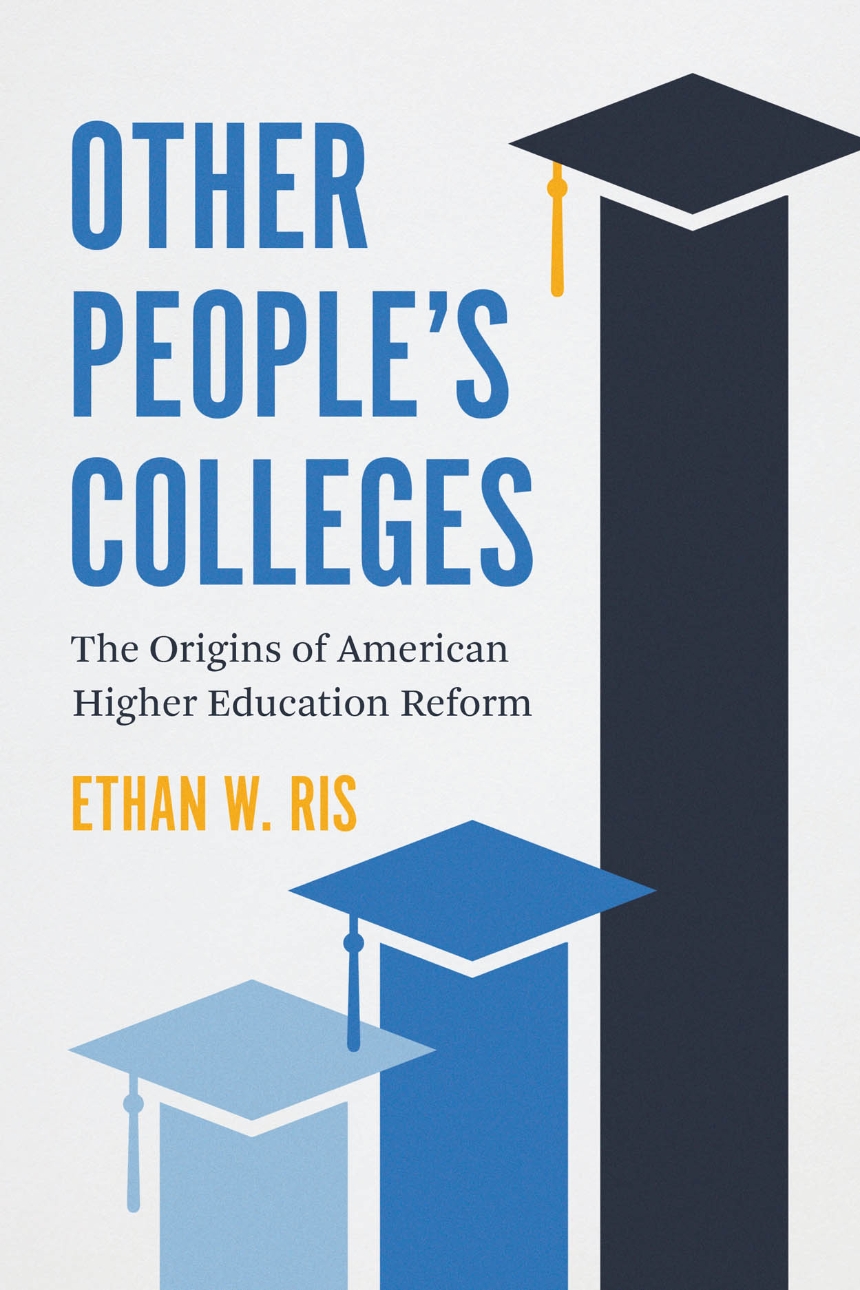 An illuminating history of the reform agenda in higher education.

For well over one hundred years, people have been attempting to make American colleges and universities more efficient and more accountable. Indeed, Ethan Ris argues in Other People’s Colleges, the reform impulse is baked into American higher education, the result of generations of elite reformers who have called for sweeping changes in the sector and raised existential questions about its sustainability. When that reform is beneficial, offering major rewards for minor changes, colleges and universities know how to assimilate it. When it is hostile, attacking autonomy or values, they know how to resist it. The result is a sector that has learned to accept top-down reform as part of its existence.

In the early twentieth century, the “academic engineers,” a cadre of elite, external reformers from foundations, businesses, and government, worked to reshape and reorganize the vast base of the higher education pyramid. Their reform efforts were largely directed at the lower tiers of higher education, but those efforts fell short, despite the wealth and power of their backers, leaving a legacy of successful resistance that affects every college and university in the United States. Today, another coalition of business leaders, philanthropists, and politicians is again demanding efficiency, accountability, and utility from American higher education. But, as Ris argues, top-down design is not destiny. Drawing on extensive and original archival research, Other People’s Colleges offers an account of higher education that sheds light on today’s reform agenda.

“Other People's Colleges provides critical insights for understanding contemporary calls for reform. The book provides a careful tracing of the lasting impact that came not only from the efforts of these philanthropists and their foundations to create reform, but also the coalitions that emerged to resist them. An important and timely read for those interested in higher education history, philanthropy, governance, and policy.”

Laura Perna, author of Taking It to the Streets: The Role of Scholarship in Advocacy and Advocacy in Scholarship

“For too long, historians have tended to treat the massification and differentiation of higher education, as well as the systems and structures that emerged during that period, as products of inevitable forces that reshaped higher education as institutional reformers sought to keep pace with the invisible hand of growth. This book, however, is poised to deepen our understanding of the philanthropists, reformers, and bureaucrats that worked to control and guide these changes by employing the logic of industrial production to universities during this critical time of transformation in higher education.”

“This book makes important and useful contributions to the field. Through its considerations of how academic outsiders worked to structure and restructure higher education, it provides insight into a crucial era that has relatively few book-length works devoted to it. It is well researched, compellingly written, and will have wide appeal to scholars interested in higher education, reform, and philanthropy.”

Part One: The Ethos of Reform
1 The Academic Engineers
2 Toward System

Part Two: The Program of Reform
3 The Higher Education Pyramid
4 “The Practical Life”
5 Separate and Unequal