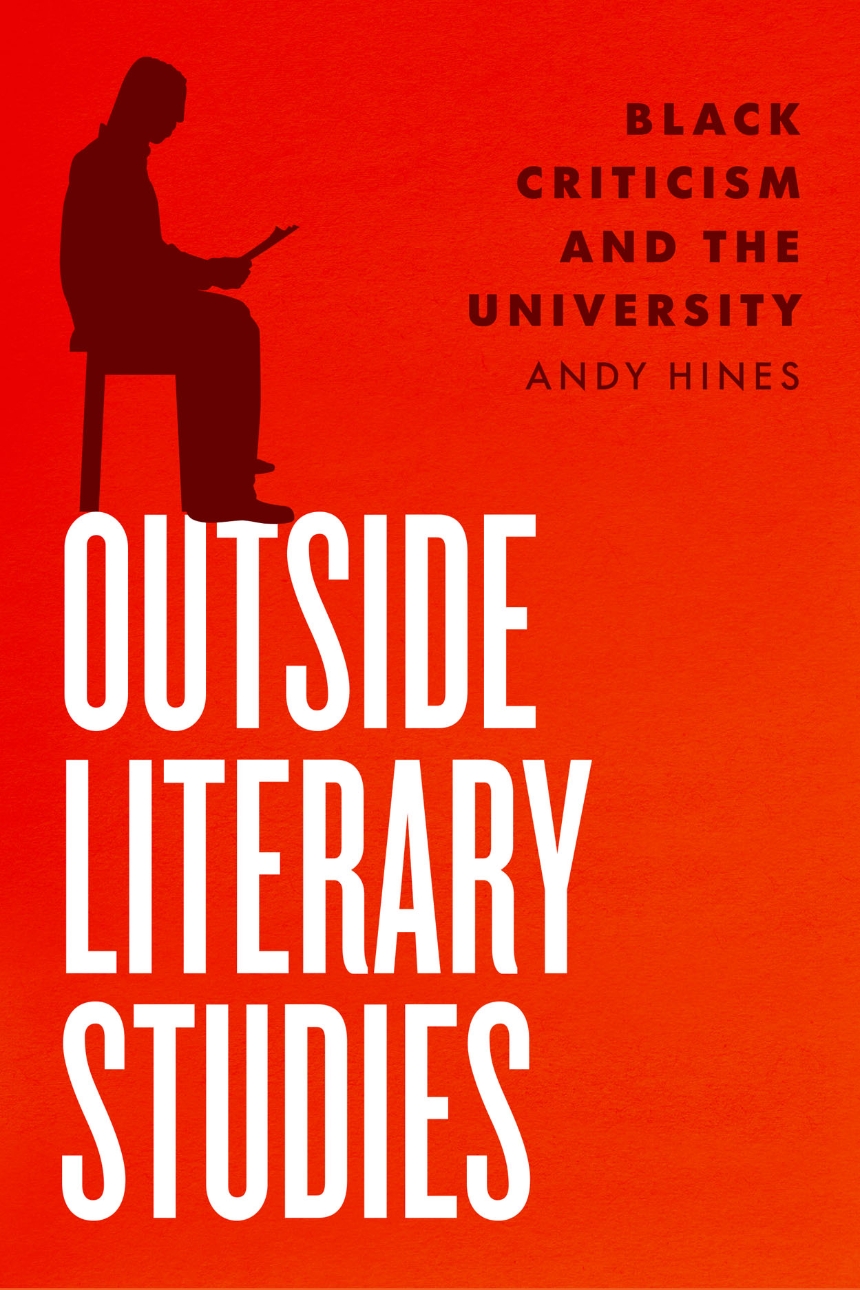 Black Criticism and the University

Black Criticism and the University

A timely reconsideration of the history of the profession, Outside Literary Studies investigates how midcentury Black writers built a critical practice tuned to the struggle against racism and colonialism.

This striking contribution to Black literary studies examines the practices of Black writers in the mid-twentieth century to revise our understanding of the institutionalization of literary studies in America. Andy Hines uncovers a vibrant history of interpretive resistance to university-based New Criticism by Black writers of the American left. These include well-known figures such as Langston Hughes and Lorraine Hansberry as well as still underappreciated writers like Melvin B. Tolson and Doxey Wilkerson. In their critical practice, these and other Black writers levied their critique from “outside” venues: behind the closed doors of the Senate Permanent Subcommittee on Investigations, in the classroom at a communist labor school under FBI surveillance, and in a host of journals. From these vantages, Black writers not only called out the racist assumptions of the New Criticism, but also defined Black literary and interpretive practices to support communist and other radical world-making efforts in the mid-twentieth century. Hines’s book thus offers a number of urgent contributions to literary studies: it spotlights a canon of Black literary texts that belong to an important era of anti-racist struggle, and it fills in the pre-history of the rise of Black studies and of ongoing Black dissent against the neoliberal university.

"A sobering analysis of the limited political potential of today’s English departments. . . Hines’s interest lies in the political and economic circumstances that have shaped methodologies for literary study. Hines and Guillory agree that the English department has never not been in the midst of an unfolding crisis: for Hines, this is a matter of the ordinary but deepening devastating crisis of racial capitalism."

"Hines, the associate director of the Aydelotte Foundation at Swarthmore College, explores in this astute critical work the rarely discussed challenges to the New Criticism movement faced by Black writers and scholars of the mid-20th century. . . . Perfect for scholars and students, this provides invaluable insight into the racial dynamics of mid-century literary criticism."

“Outside Literary Studies deftly weaves literary, cultural, and political history together in a refreshing and provocative reinterpretation of postwar literary criticism. Hines carefully reconstructs the arguments that Black critics, poets, and writers advanced in order to challenge the dominant hold of New Criticism, and he shows how the legacy of those arguments led to the development of alternative pedagogical models for the modern university. The result is a book that is timely, deeply engaged, and illuminating.”

“This indispensable book beautifully shows that Black left writers developed a critique of the state and of the ruling literary conventions within the academy for how they abetted anti-Black violence. In doing so, Hines demonstrates that the history of the Black literary left must be understood as a critique of disciplinarity rather than a complement to it.”

“Outside Literary Studies offers inside knowledge of two warring twentieth-century institutions: the political economy of the New Criticism and the educational agencies of Black radical writing. With blunt, concrete detail, Hines demonstrates how the odd couple of Southern Agrarianism and US federal surveillance showered practical criticism on the likes of Lorraine Hansberry, Langston Hughes, and Melvin Tolson—and how such figures pioneered a newer left criticism, both racial and formal, in response.”