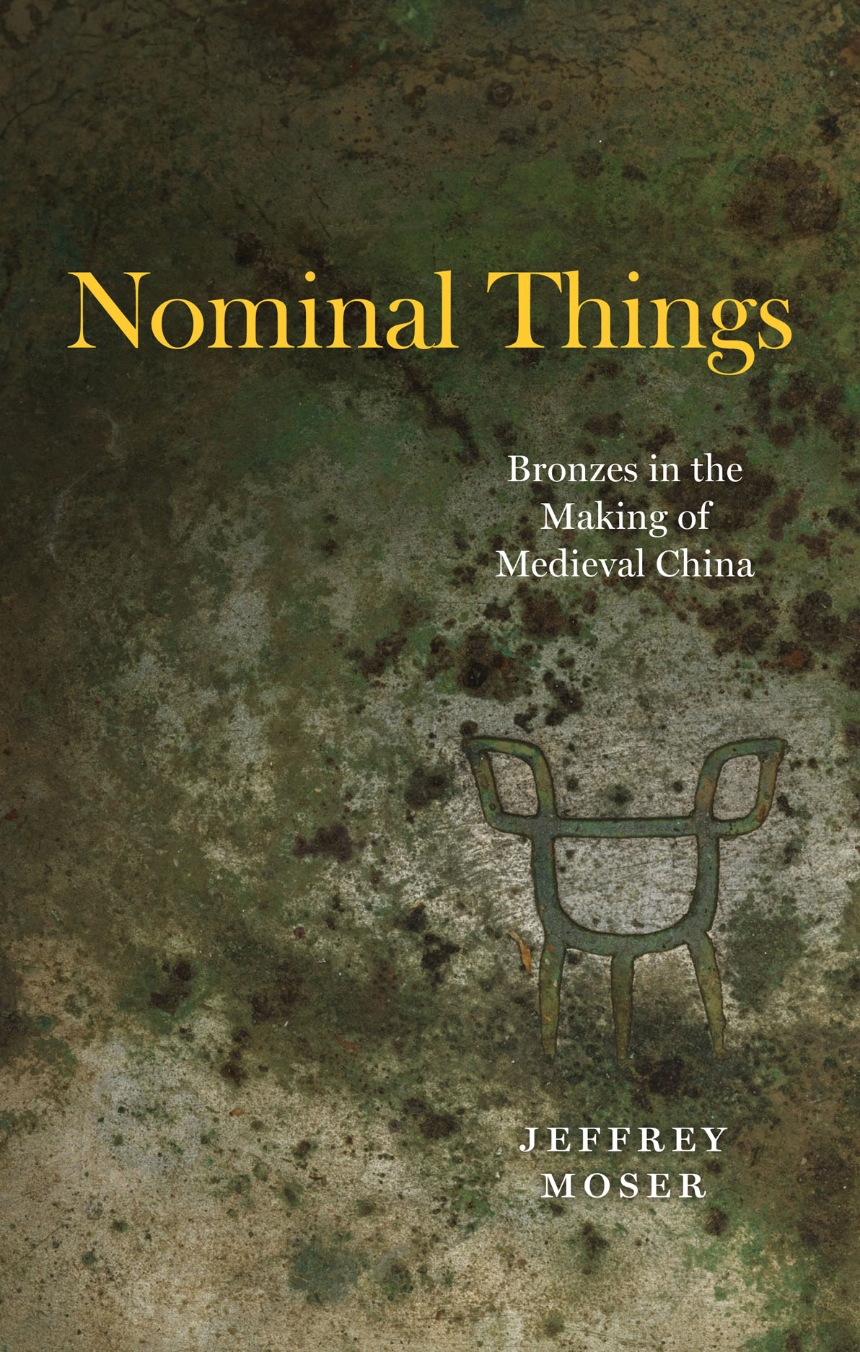 Bronzes in the Making of Medieval China

Bronzes in the Making of Medieval China

How the medieval study of ancient bronzes influenced the production of knowledge and the making of things in East Asia.

This book opens in eleventh-century China, where scholars were the first in world history to systematically illustrate and document ancient artifacts. As Jeffrey Moser argues, the visual, technical, and conceptual mechanisms they developed to record these objects laid the foundations for methods of visualizing knowledge that scholars throughout early modern East Asia would use to make sense of the world around them.

Of the artifacts these scholars studied, the most celebrated were bronze ritual vessels that had been cast nearly two thousand years earlier. While working to make sense of the relationship between the bronzes’ complex shapes and their inscribed glyphs, they came to realize that the objects were “nominal things”—objects inscribed with names that identified their own categories and uses. Eleventh-century scholars knew the meaning of these glyphs from hallowed Confucian writings that had been passed down through centuries, but they found shocking disconnects between the names and the bronzes on which they were inscribed. Nominal Things traces the process by which a distinctive system of empiricism was nurtured by discrepancies between the complex materiality of the bronzes and their inscriptions. By revealing the connections between the new empiricism and older ways of knowing, the book explains how scholars refashioned the words of the Confucian classics into material reality.

“Nominal Things is a groundbreaking philosophical study of medieval Chinese ritual vessels. It makes clear why such objects were of central cultural importance at the time and why their history should be anything but marginalized in contemporary literary and visual theory. Questioning the value of Western art historical concepts such as representation, Moser devises a new theoretical framework that follows the medieval Confucian discourse on illustrated lexicographic texts and the interpretation of classical bronzes.”

“This is an elegantly argued, well-written, and quite brilliant book. Moser marshals the full panoply of advanced critical methods in the contemporary humanities while engaging with a significant phenomenon in Chinese history: the revival of interest in antiquity during the Song period. Nominal Things is unquestionably a remarkable achievement.”

Introduction: The Conundrum of the Chalice
Making Facture Sensible
A Tale of Three Modes
On the Matter of Antiquarianism

Part I. The Lexical Picture
1. Names as Implements
Nature as Convention
The Revelation of Writing
2. Picturing Names
The Complexity of Yellow
The Art of Restoration
The Hermeneutics of Picturing
Monumental Designs

Part II. The Empirical Impression
3. The Style of Antiquity
Empty Seats and Wandering Ways
Trunks and Branches
Past as Present
The Fragility of Stone
The Failure of Confucius
4. Agents of Change
Erasure and Its Discontents
The Pacification of Huaixi
Recarving a Stele
The Reassuring Trace
The Indexical Hermeneutic
Bronzes as Indexical Things
5: Nominal Empiricism
Conversing with Things
The Sparrow in the Cup
How the Bell Tolls