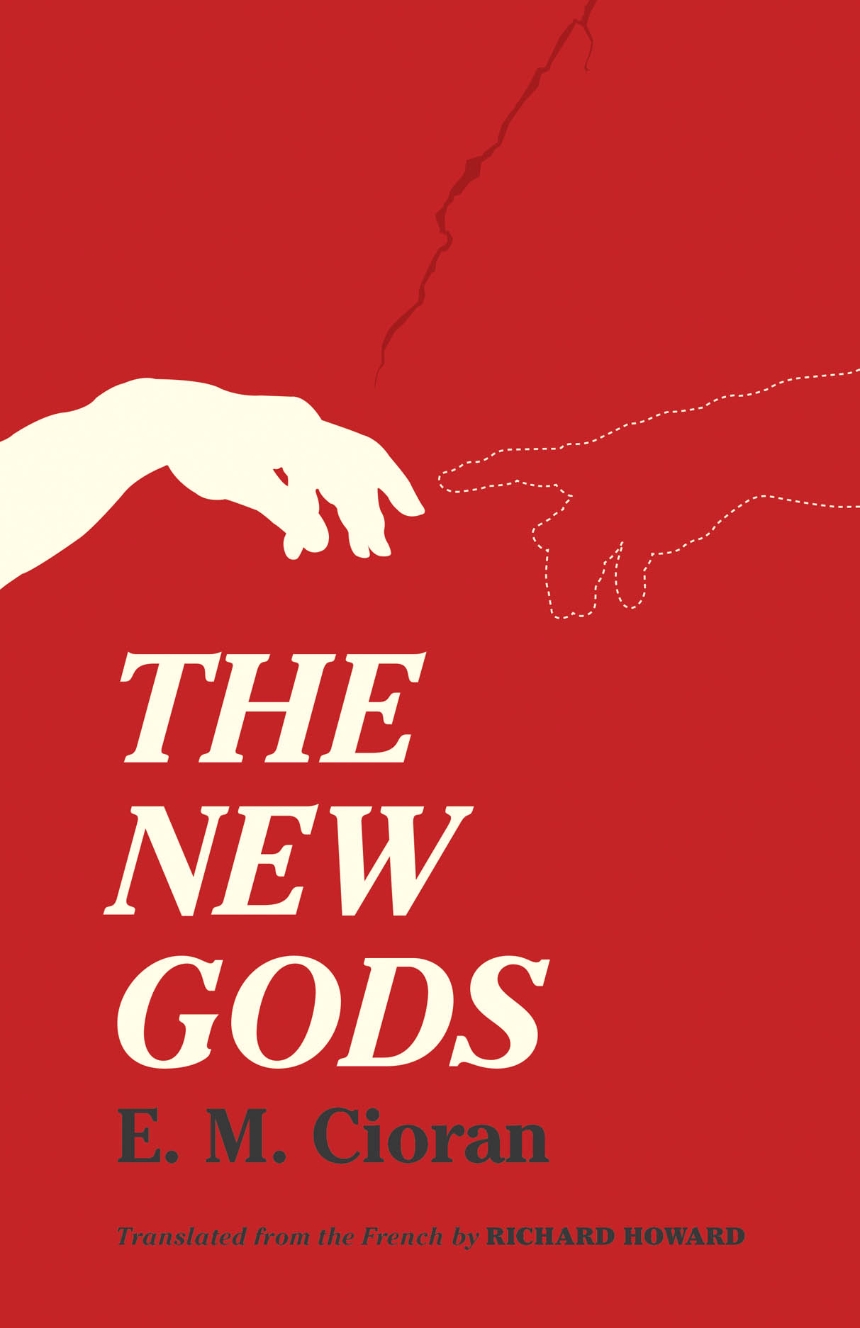 Translated by Richard Howard
Dubbed “Nietzsche without his hammer” by literary critic James Wood, the Romanian philosopher E. M. Cioran is known as much for his profound pessimism and fatalistic approach as for the lyrical, raging prose with which he communicates them. Unlike many of his other works, such as On the Heights of Despair and Tears and Saints, The New Gods eschews his usual aphoristic approach in favor of more extensive and analytic essays.
Returning to many of Cioran’s favorite themes, The New Gods explores humanity’s attachment to gods, death, fear, and infirmity, in essays that vary widely in form and approach. In “Paleontology” Cioran describes a visit to a museum, finding the relatively pedestrian destination rife with decay, death, and human weakness. In another chapter, Cioran explores suicide in shorter, impressionistic bursts, while “The Demiurge” is a shambolic exploration of man’s relationship with good, evil, and God. All the while, The New Gods reaffirms Cioran’s belief in “lucid despair,” and his own signature mixture of pessimism and skepticism in language that never fails to be a pleasure. Perhaps his prose itself is an argument against Cioran’s near-nihilism: there is beauty in his books.

"The aphoristic style of this French-Rumanian thinker has been rightly compared to Nietzsche. . . . The prose (and this is a superb translation) is so lyrical that one wants to call it both art and philosophy."