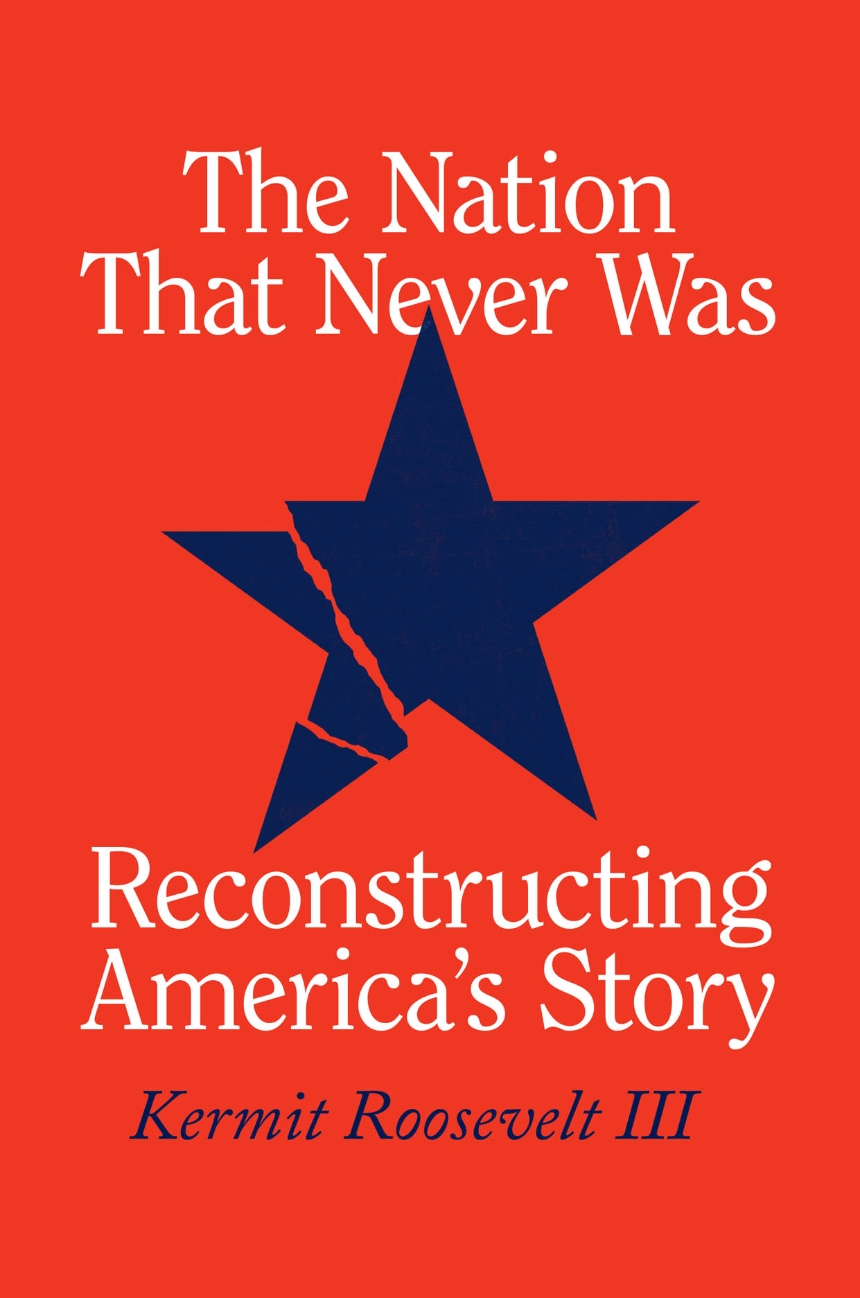 The Nation That Never Was

The Nation That Never Was

There’s a common story we tell about America: that our fundamental values as a country were stated in the Declaration of Independence, fought for in the Revolution, and made law in the Constitution. But, with the country increasingly divided, this story isn’t working for us anymore—what’s more, it’s not even true. As Kermit Roosevelt argues in this eye-opening reinterpretation of the American story, our fundamental values, particularly equality, are not part of the vision of the Founders. Instead, they were stated in Lincoln’s Gettysburg Address and were the hope of Reconstruction, when it was possible to envision the emergence of the nation committed to liberty and equality.

We face a dilemma these days. We want to be honest about our history and the racism and oppression that Americans have both inflicted and endured. But we want to be proud of our country, too. In The Nation That Never Was, Roosevelt shows how we can do both those things by realizing we’re not the country we thought we were. Reconstruction, Roosevelt argues, was not a fulfillment of the ideals of the Founding but rather a repudiation: we modern Americans are not the heirs of the Founders but of the people who overthrew and destroyed that political order. This alternate understanding of American identity opens the door to a new understanding of ourselves and our story, and ultimately to a better America.

America today is not the Founders’ America, but it can be Lincoln’s America. Roosevelt offers a powerful and inspirational rethinking of our country’s history and uncovers a shared past that we can be proud to claim and use as a foundation to work toward a country that fully embodies equality for all.

“Kermit Roosevelt III illuminates tumultuous today by examining the contentious beginning. With The Nation That Never Was: Reconstructing America’s Story, he thoughtfully explains our growing confusion as to what the creation meant and means.”

“Astute textual analysis, careful historical research, and a deep commitment to social justice make this an inspiring reexamination of America’s past.”

“Roosevelt proposes that we  . . .  attempt a national enterprise to atone for our original sin through targeted investment in Black and other marginalized communities, which ‘offers the possibility of a real transformation.’ . . . [The book is] a novel way of reading our founding documents and revising them as both law- and nation-building myths.”

"Roosevelt argues that the conventional story of the United States, which credits the Founders for inaugurating the American project, is false. Equality, he contends, had no place in their vision. Rather, it was Reconstruction, which followed the Civil War and pursued the ideals of liberty and equality, that forged the nation Americans today inherit."

"Roosevelt. . . challenges the prevailing narrative of the founding of the American regime."

“In The Nation That Never Was, Roosevelt argues that the Fourteenth Amendment is at the heart of our contemporary constitutional identity, and he is right to stress the revolutionary nature of the Amendment and its divergence—not convergence—from the political theory of the Declaration. He understands that the history we need to know to move forward as a country is that of secession, Reconstruction, and the post-Reconstruction era.”

“Roosevelt has written a truly extraordinary book. Instead of a sometimes fatuous ‘audacity of hope,’ he offers something much tougher to read and to come to terms with: the audacity of a fearless confrontation with the American past (and its possible future). He persuasively argues that we must liberate ourselves from our sentimentalized attachment to ‘the Founders’ and even to the Declaration of Independence, which he audaciously reinterprets. We should instead define our national identity around the promises (and challenges) of Reconstruction and the aspiration, yet unachieved, for a genuine regime change to replace the ‘Slaveholders’ republic’  founded on white supremacy that was the aftermath of secession from the British Empire and the drafting of the 1787 Constitution.  This book will undoubtedly be controversial. It deserves intense discussion, for if Roosevelt is right, nothing less than the future of the United States is at stake.”

"In this brilliant book, Roosevelt asks us to trade in our standard story of America, based on founding myths about the Declaration of Independence, for a different, more complicated, and yet more hopeful story of Reconstruction. Like the Reconstruction framers, we too can build on the wreckage of the past to achieve justice not only for ourselves but for everyone, and help create the America that is to come."

Jack M. Balkin, author of The Cycles of Constitutional Time

In 2014 Philadelphia cheered as thirteen-year-old Mo’ne Davis, the first girl in Little League World Series history to pitch a winning game, took the Taney Dragons to the semifinals. Her story embodied everything America likes to believe about itself: here was the barrier-shattering underdog, leading an underfunded urban team, proving that for those with enough talent and drive, anything is possible.

The Taney Dragons took their name from Taney Street, which runs to their home field by the Schuylkill River. Everyone pronounced the team’s name “Tay-nee,” but that isn’t right. Law students learn in their first year that it’s actually “Taw-nee.” They learn that because it’s the name of Roger Brooke Taney, fifth chief justice
of the United States Supreme Court. Taney was the author of the Dred Scott decision, where he had something different to say about Mo’ne Davis and her fellow Black Americans. He said they had no rights that the white man was bound to respect, that they could never be citizens of the United States. Mo’ne Davis took the mound with that man’s name written across her back.

The connection wasn’t well known in 2014, and when it surfaced, some said the success of the Dragons redeemed the name. “It means something else,” a column in Hidden City Philadelphia proclaimed. “Taney is a word that has taken on its own meaning, a word that’s become a symbol of hope.” But not everyone agreed. A group of citizens pushed to change the name of the street. On June 25, 2020, the Taney Youth Baseball Association declared that “the name ‘Taney’ has remained a source of divisiveness” and “we cannot ignore the very real negative feelings” that it provokes. In October, they announced a new name: the Philadelphia Dragons. Was that the right choice? It was not our fault—not the fault of anyone now living—that Taney Street was named for Roger Taney. The name came to Philadelphia in 1858, one year after the Dred Scott decision. But it was our decision what to do about it now. Either keep the name and try to understand it in its best light—as something changed, as something now bearing a positive message—or make a break with the past and start over.

The same decision is playing out across the country, with monuments and statues (often those erected to honor the Confederacy), with buildings and schools. And something very similar plays out with American history more broadly. Repeatedly, Americans have faced the choice between maintaining and rejecting a connection with the past, between putting it in its best light as a way to move forward and burning it all down to start over. Neither answer is necessarily correct; neither will be the right choice in every circumstance. But there’s one scenario that might always be wrong: What if you burned it all down and started over . . . and then pretended
that you hadn’t? What if you insisted on locating your ideals and your identity in an old order that you had already rejected—that, in fact, you had overthrown and destroyed by force? That should seem deeply odd. Yet this is what we do with the most fundamental question of American identity. We tell ourselves a story that links us to a past political regime—Founding America, the America of the Declaration of Independence and the Founders’ Constitution—to which we are not the heirs. We are more properly the heirs of the people who destroyed that regime.

Why do we do this? Stories of national identity exist to fulfill a particular set of purposes: to bring people together in the name of shared ideals. The story that tells us we are the heirs of Founding America—what I call the standard story—once seemed like a good way to do this. But it is not, and it never was. When the standard story flourished, it encouraged a complacency that prevented progress toward its stated ideal. It allowed many of us to believe things about ourselves that aren’t true. Once it came under attack, that standard story lost some of its power to unify and became a subject of profound disagreement instead. Less obviously, but more seriously, as we pushed forward a more accurate account, the standard story increasingly undermined itself. Whether people realized it or not, a story that was supposed to promote inclusive equality instead fed exclusive individualism.

By inclusive equality, I mean, generally, this belief: “Our political community is open. Those who are now outsiders are fundamentally similar to us and may become insiders. Political outcomes are legitimate if they are the product of an open and fair democratic process. Government can and should act to promote equality.” By exclusive individualism, I mean more or less the opposite: “Our political community is closed. Outsiders are different and dangerous. Political outcomes are legitimate if they protect the rights and interests of insiders. Government has no business promoting equality and should not redistribute, especially not to outsiders.” The contest between these two visions is shaking the nation today—but understanding how we got to this point will take most of this book to
explain. Most of the book concerns different stories of America. I will criticize the standard story on several grounds and offer different versions of it that highlight its flaws. And I will propose an alternative. The standard story ties us to a problematic past, but we can escape that trap. We can cut the cord that linked Mo’ne Davis and Roger Taney—not by simply renaming a street, but by changing our understanding of who we are and where we come from.
The way we think about American history now—as a continual unfolding and realization of the principles enunciated in the Declaration of Independence—holds us back. Yet maybe that is not the right way to think about America. Maybe our relationship to the Declaration is different. Maybe our origins are not what we have been taught. 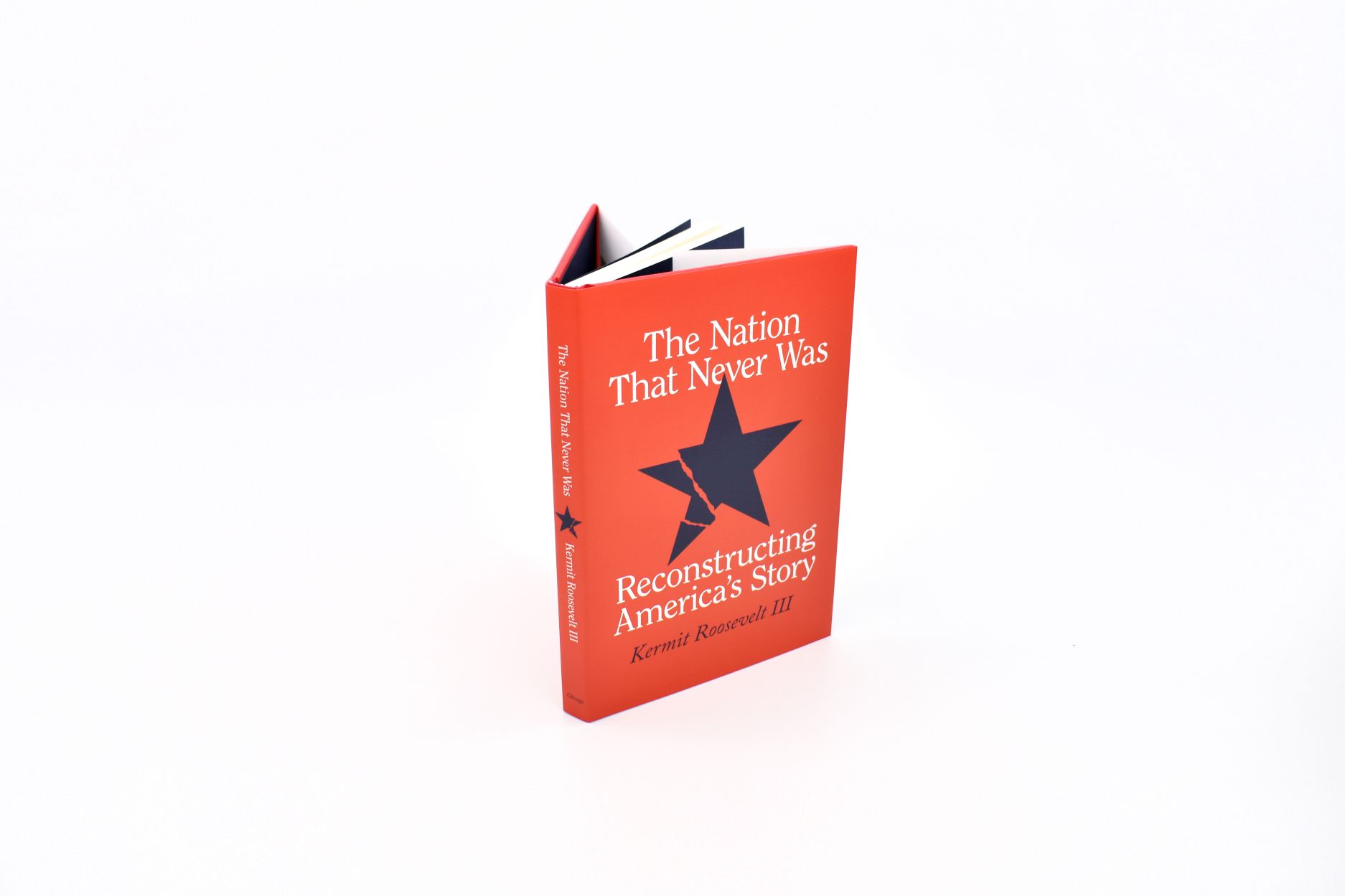 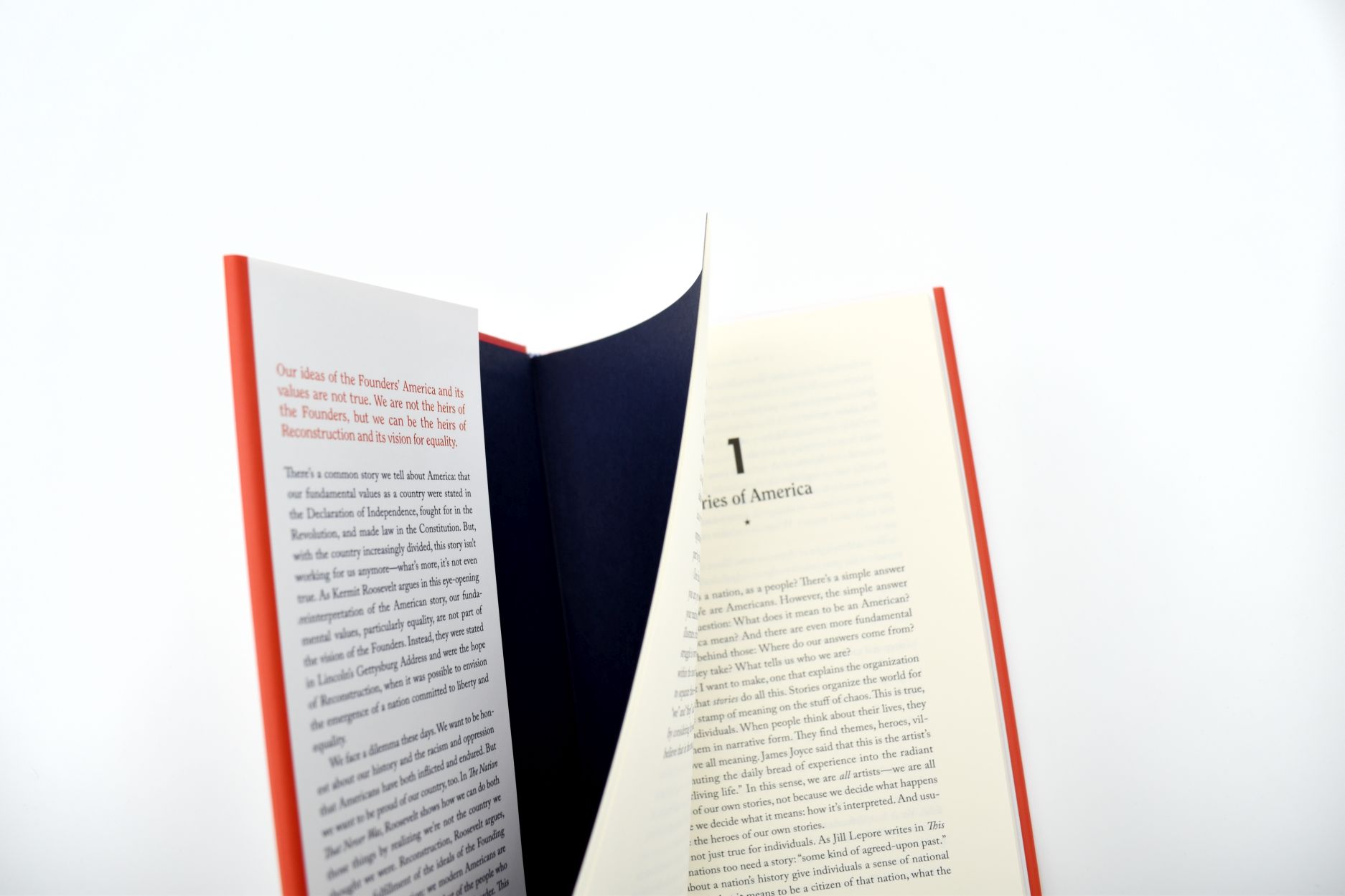 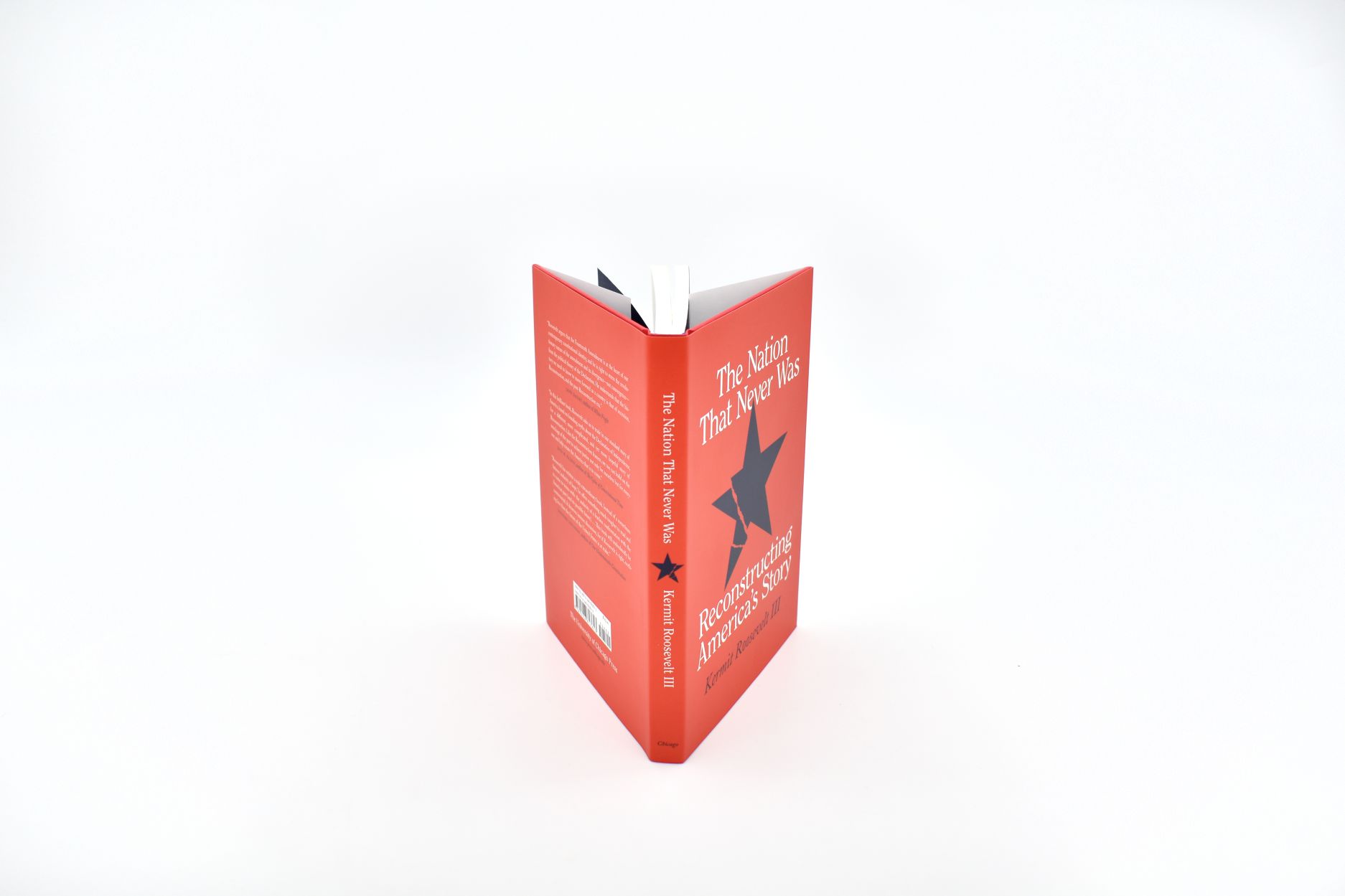 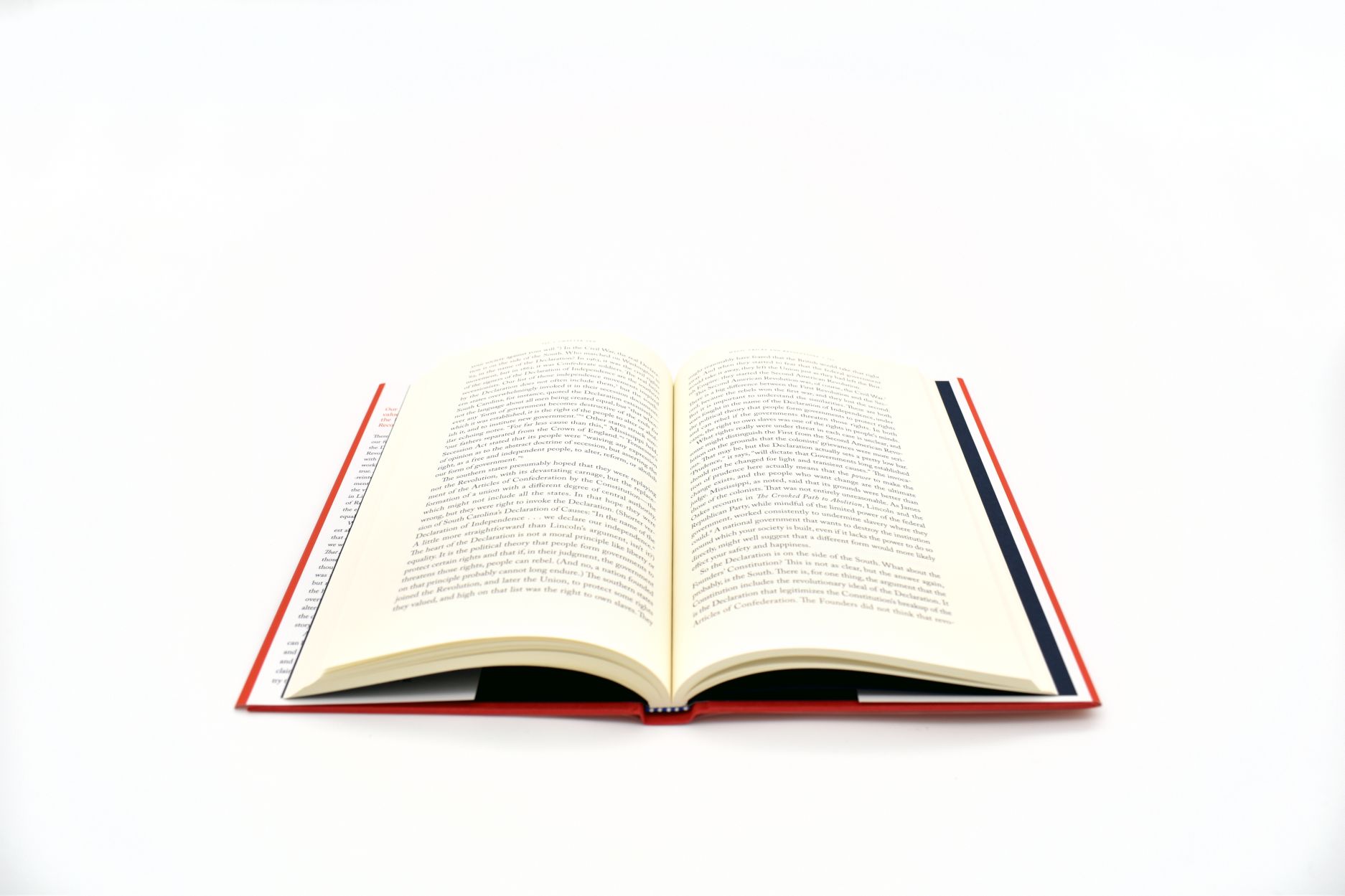