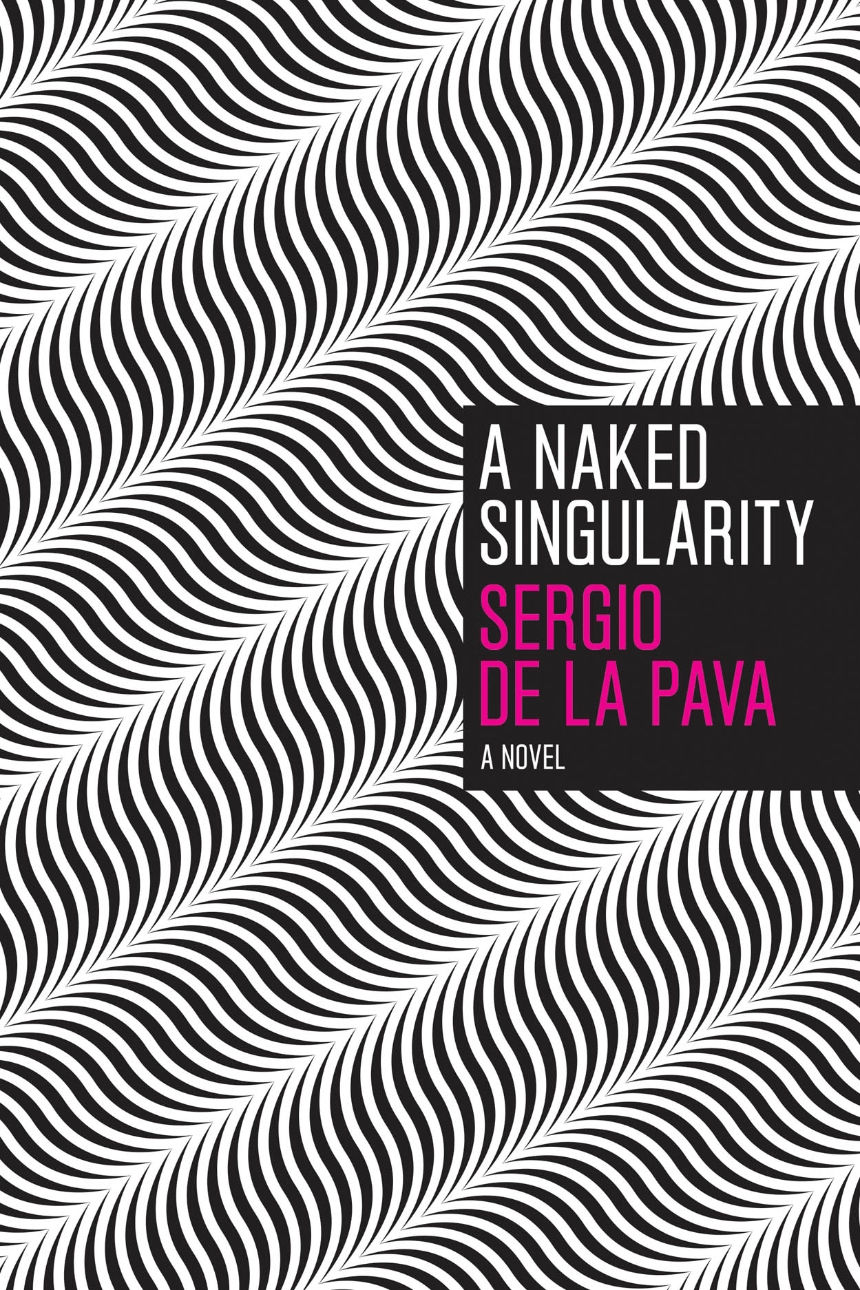 A Naked Singularity tells the story of Casi, a child of Colombian immigrants who lives in Brooklyn and works in Manhattan as a public defender--one who, tellingly has never lost a trial. Never. In the book, we watch what happens when his sense of justice and even his sense of self begin to crack--and how his world then slowly devolves. It’s a huge, ambitious novel clearly in the vein of DeLillo, Foster Wallace, Pynchon, and even Melville, and it's told in a distinct, frequently hilarious voice, with a striking human empathy at its center. Its panoramic reach takes readers through crime and courts, immigrant families and urban blight, media savagery and media satire, scatology and boxing, and even a breathless heist worthy of any crime novel. If InfiniteJest stuck a pin in the map of mid-90s culture and drew our trajectory from there, A Naked Singularity does the same for the feeling of surfeit, brokenness, and exhaustion that permeates our civic and cultural life today. In the opening sentence of William Gaddis’s A Frolic of His Own, a character sneers, "Justice? You get justice in the next world. In this world, you get the law." A Naked Singularity reveals the extent of that gap, and lands firmly on the side of those who are forever getting the law.

"One of the 10 best fiction books of 2012. . . . A propulsive, mind-bending experience. . . . The novel’s chaotic sprawl, black humor and madcap digressions make it a thrilling rejoinder to the tidy story arcs portrayed on television and in most crime fiction. . . . Whatever the book loses in polish it amply repays in its uncompromising originality."

"A Naked Singularity is not about physics. It’s about the American criminal justice system in a large and chaotic city, a place slowly crushed by hopelessness in the same way that an ancient star is gradually crushed by gravity. . . . The novel is a densely packed and offhandedly poetic 678 pages. . . . It is about a city that teeters on the edge of total collapse and complete disaster, but that has the capacity to right itself (whew!) at the last possible second. . . . The novel is a cross between Moby-Dick and Police Academy. Between Descartes and Disneyland. Between Henry James and Henry Winkler."

"This book is ambitious. It’s 678 octavo pages--about 13,000 tweets. It’s the sort of book you write if you’re not sure anyone will ever let you write another one. . . . Even while the lives it describes are often bleak, the book is funny, consistently so. . . . The heist is discussed so exhaustively that when it finally transpires it’s thrilling. Casi’s defendants, all messes, are lovely and authentic. I could have done with a whole book about them, or rather I enjoyed the whole book about them I read in the middle of this much larger book about other things. A story of a death penalty case begins drenched in irony and grows ever more serious. . . . It’s a fine thing for an author to bring forth something so unapologetically maximalist."

"Casi’s voice is the combination of brashness and world-weary humanity you’d find in a cynic who’d been scratched to reveal the disappointed idealist beneath. . . . The whole feels like The Recognitions as legal thriller, a glorious mess with dashes of Powers, minor Pynchon, and White Noise, among many others. . . . [I]n its ambitions and shortcomings and shaggy glory, A Naked Singularity is perhaps most reminiscent of The Broom of the System. So that bodes well."

"One of the best and most original novels of the decade. . . . It’s one of those fantastic, big, messy books like Darconville’s Cat or Infinite Jest or Women and Men, though it’s not really like any of those books or those writers. . . . . But see here: I refuse to divulge too much of the plot, because watching it unfold is one of the great joys of the novel. . . . . What I keep coming back to is the audacity of this novel, which is truly a towering, impressive work--De La Pava’s not hesitant to break and then mirror the narrative with the story of professional boxer Wilfred Benitez, or insert a recipe, none of which hinder the narrative but rather shape the entirety of the book, making the actual story and its effect on the characters (and the characters’ actions that shape the story, et cetera) more profound. . . .  If you like The Wire, if you like rewarding, difficult fiction, if you like literary, high-quality artistic and hilarious yet moving novels that are difficult to put down, I can’t recommend A Naked Singularity enough."

"A Naked Singularity looks like an unreadable brick, bloated at 700 pages and likely dense with esoterica. Instead it is a fine encyclopedic romp in the Joyce/Pynchon/Wallace tradition, one with an effortless flow and arresting setting: the American judicial system as vortical funhouse."

"The manic prose fights viciously against an ultimate collapse of good into evil--but not only is there no escape; there was never any such thing."

"A work of amazing breadth and humor. . . . Challenging, addictively entertaining and not to be missed, A Naked Singularity heralds the arrival of a tremendous talent."

"I strongly encourage you to overcome whatever hesitation the phrase 700-page self-published novel may inspire in you and pick it up. It is a beautiful monster of a book, a novel that left this reviewer, at least, feeling like maybe there’s some point in reading novels--and writing them--after all."

"It’s staggering to think this novel is De La Pava’s major publishing launch: A Naked Singularity is considerably better than most debuts and has unquestionably rendered De La Pava an author to watch."

"’Buzz’ is a dirty word in reviewing circles, being a close cousin to ’hype’ and often having the same air about it of ad copy generated by publicity departments. It’s the kind of word that should put you immediately on guard: Just where is this buzz coming from? Who is doing the buzzing? That said, sometimes buzz can be a good thing. Sergio De La Pava’s A Naked Singularity is a case in point. . . . A Naked Singularity is . . . a great American novel: large, ambitious, and full of talk. . . . We can be thankful that this time the buzz did its work."

"When I started reading A Naked Singularity, after a page or two I realized I was going to love it--and I did--but why? I’ve never sat down to analyze what it is that makes me read a book voraciously from cover to cover, fretting when I have to put it down and longing through the day to get back to it. I like, admire, appreciate a whole range of books and am happy to devote my time and attention to them, but the ones that take me over are rarer. . . . Casi’s voice is astonishing, cynical but compassionate, alive to the ridiculous and the pitiful and the horrific but never losing its commitment to morality."

Lian Hearn, author of Tales of the Otori

A Philadelphia City Paper Book of the Year

"Exuberant, hyperverbal . . . a minor masterpiece of humor, paranoia, and even flashy technique."


[bod-y (bŏd ́ē) n., pl.—ies. 9. CJS. Inarguably odious term used by N.Y.C. Department of Correction and other court personnel to denote incarcerated criminal defendants: There are three hundred bodies in the system so we should be busy. He’s bringing the next batch of bodies down now, I’ll let you know if your guy’s one of them.]