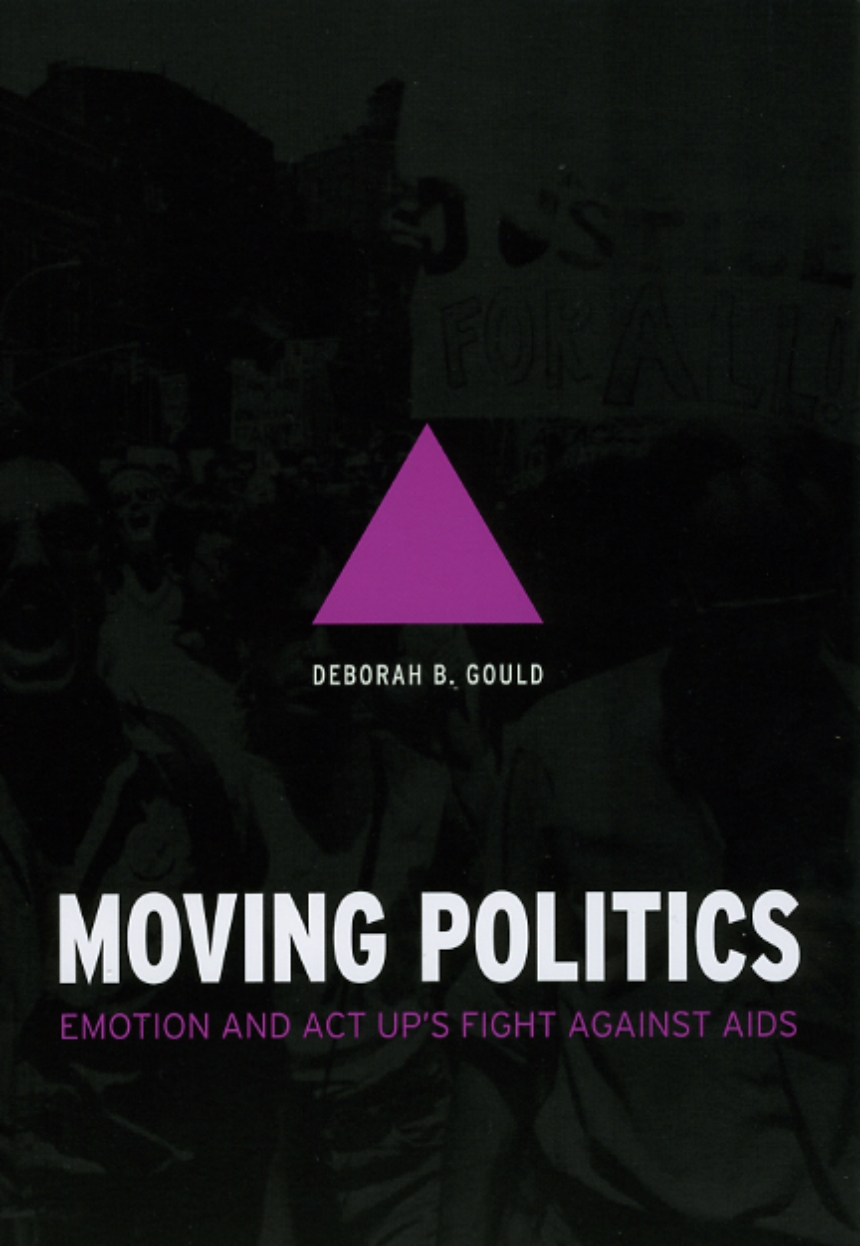 In the late 1980s, after a decade spent engaged in more routine interest-group politics, thousands of lesbians and gay men responded to the AIDS crisis by defiantly and dramatically taking to the streets. But by the early 1990s, the organization they founded, ACT UP, was no more—even as the AIDS epidemic raged on. Weaving together interviews with activists, extensive research, and reflections on the author’s time as a member of the organization, Moving Politics is the first book to chronicle the rise and fall of ACT UP, highlighting a key factor in its trajectory: emotion.

Surprisingly overlooked by many scholars of social movements, emotion, Gould argues, plays a fundamental role in political activism. From anger to hope, pride to shame, and solidarity to despair, feelings played a significant part in ACT UP’s provocative style of protest, which included raucous demonstrations, die-ins, and other kinds of street theater. Detailing the movement’s public triumphs and private setbacks, Moving Politics is the definitive account of ACT UP’s origin, development, and decline as well as a searching look at the role of emotion in contentious politics.

“Moving Politics is not just a rich and rigorous history of ACT UP. It is also that rarest of works: one that simultaneously breaks new empirical ground while challenging our more general conceptual understanding of the subject matter. Quite simply, it will be hard for social movement scholars following Gould to ignore the emotional dimensions and dynamics of struggle.”

“In Moving Politics Deborah Gould offers the first full-fledged history of the development of AIDS activism in the United States. In doing so, Gould situates AIDS activism within social movement theory and demonstrates the complex relation between reason and emotion in activist movements.”

“Gould has written the definitive work on ACT UP. The narrative is sweeping and synoptic, incorporating an enormous amount of research as well as the analyses of many others who have previously written about the politics of AIDS, yet Gould’s argument is strikingly original. She maintains that we simply can’t understand the trajectory of radical AIDS activism, from emergence and growth to crisis and dissolution, without paying attention to how the movement experienced, harnessed, and provoked emotions. Ambivalence, shame, rage, indignation, erotic attraction, responsibility, and despair are just some of the powerful emotional states that take pride of place and are subjected to highly nuanced scrutiny in this impressive book.”

"For those working on same-sex marriage, military access, hate crimes, trans rights or the myriad other issues facing the LGBT movement of this century, learning more about the ACT UP years would be an excellent research tool. I highly recommend Gould’s Moving Politics for your bookshelf."

“Gould is perfectly positioned to tell this important story and draw from it lessons that can help us construct new futures. . . . [She] has done a remarkable job in portraying the times that gave rise to ACT UP, its significant impact on the nation’s consciousness and policies despite dismissive denunciations by the New York Times and other major media, its impact on queer consciousness, and its sad decline.”

"This book engaged me so much that I felt, as I read it, the thrill of the expanding movement and the sad anguish of its decline. I can understand why few scholars write about the decline of protest movements that they care about. It’s a heartbreaking task."

I. The Affects and Emotions of Mobilization

Chapter 1. Pride and Its Sisters in Early AIDS Activism

Chapter 2. A Shifting Emotional Habitus and the Emergence of the Direct-Action AIDS Movement

Chapter 3. The Pleasures and Intensities of Activism; or, Making a Place for Yourself in the Universe

Chapter 4. The Emotion Work of Movements

III. The Feelings of Decline

Chapter 6. Solidarity and Its Fracturing