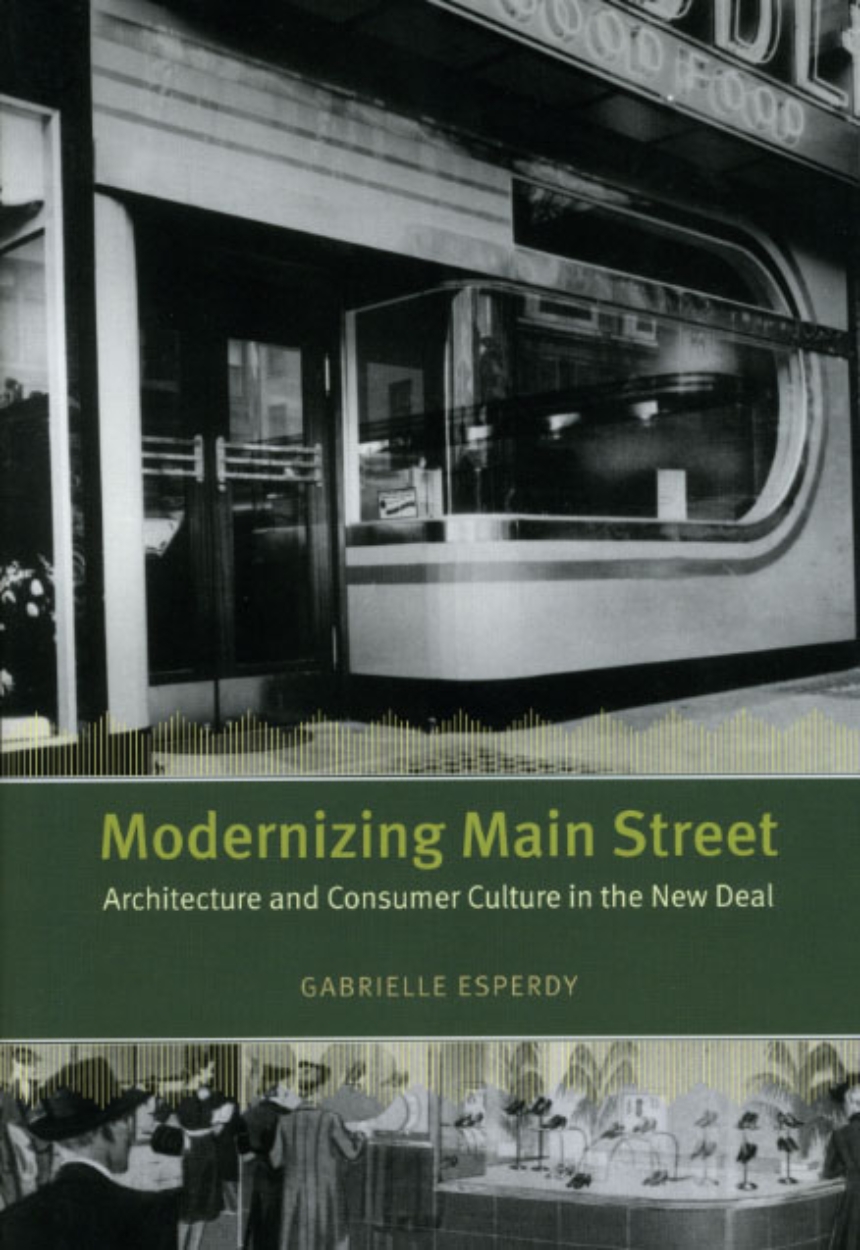 Architecture and Consumer Culture in the New Deal

Architecture and Consumer Culture in the New Deal

An important part of the New Deal, the Modernization Credit Plan helped transform urban business districts and small-town commercial strips across 1930s America, but it has since been almost completely forgotten. In Modernizing Main Street, Gabrielle Esperdy uncovers the cultural history of the hundreds of thousands of modernized storefronts that resulted from the little-known federal provision that made billions of dollars available to shop owners who wanted to update their facades.

Esperdy argues that these updated storefronts served a range of complex purposes, such as stimulating public consumption, extending the New Deal’s influence, reviving a stagnant construction industry, and introducing European modernist design to the everyday landscape. She goes on to show that these diverse roles are inseparable, woven together not only by the crisis of the Depression, but also by the pressures of bourgeoning consumerism. As the decade’s two major cultural forces, Esperdy concludes, consumerism and the Depression transformed the storefront from a seemingly insignificant element of the built environment into a potent site for the physical and rhetorical staging of recovery and progress.

“This fascinating and insightful book coaxes us to see the familiar storefront in entirely new ways. Esperdy fluidly explores broad cultural meanings at the same time as she helps us see the details of the buildings. The resulting implications for our understanding of New Deal policies and the 1930s are particularly surprising and novel.”

Alison Isenberg, author of Downtown America: A History of the Place and the People

"Between the mid-1930s and the immediate post-WW II years, shopping districts in downtowns and outlying business centers alike were festooned with sleek, gleaming, colorful, streamlined storefronts, which collectively had a marked impact on the character of cities and towns nationwide. Although few vestiges remain of this once pervasive remodeling campaign, Esperdy insightfully explores its significance as a vibrant, popular form of cultural expression."

"Esperdy usefully positions the cultural integration of architectural modernism within the broader reconceptualization of the self and the development of the self-conscious individual that took place over the course of the twentieth century."

"Such a reassessment of public and private during this period by architectural historians is much needed. Esperdy’s book opens a large new window on the modernized American Main Street that gives us a fantastic view of the development of American cities during the Great Depression and beyond."

A Note on Sources