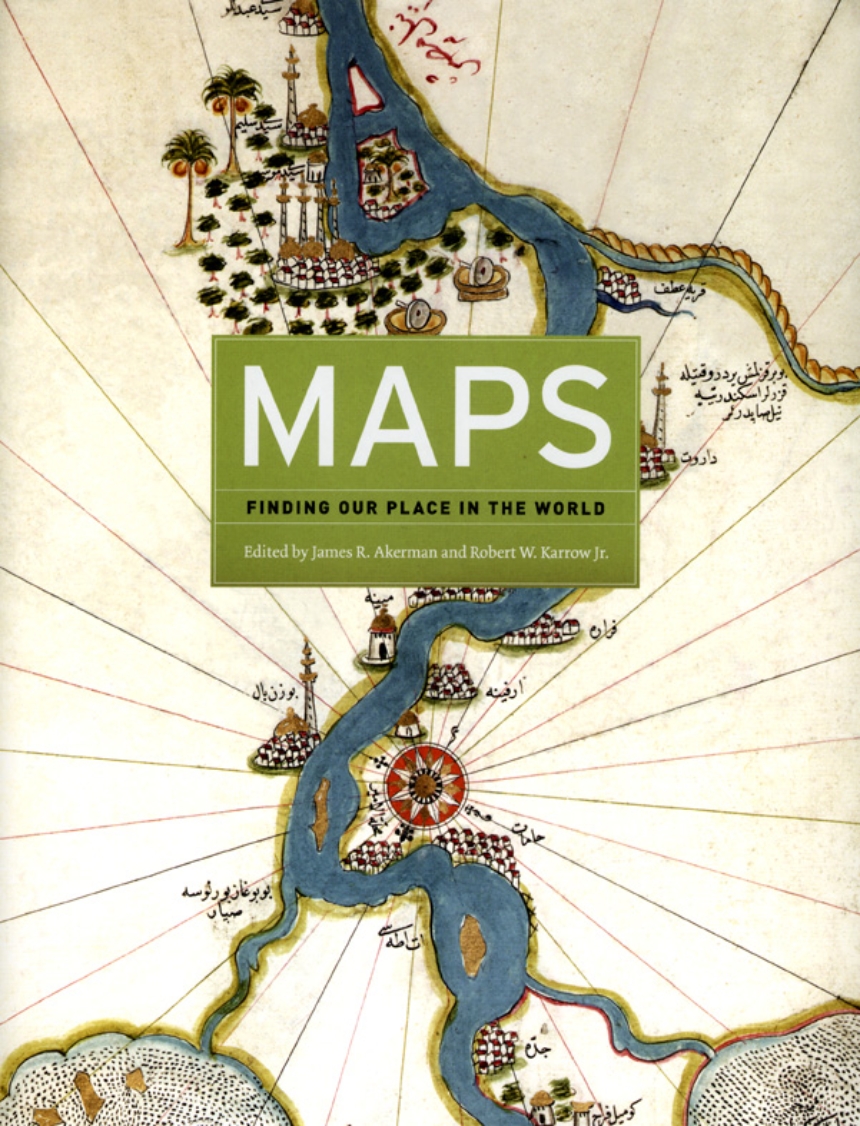 Finding Our Place in the World

Finding Our Place in the World

With a Foreword by John W. McCarter Jr.
Maps are universal forms of communication, easily understood and appreciated regardless of culture or language. This truly magisterial book introduces readers to the widest range of maps ever considered in one volume: maps from different time periods and a variety of cultures; maps made for divergent purposes and depicting a range of environments; and maps that embody the famous, the important, the beautiful, the groundbreaking, or the amusing. Built around the functions of maps—the kinds of things maps do and have done—Maps confirms the vital role of maps throughout history in commerce, art, literature, and national identity.

The book begins by examining the use of maps for wayfinding, revealing that even maps as common and widely used as these are the product of historical circumstances and cultural differences. The second chapter considers maps whose makers employed the smallest of scales to envision the broadest of human stages—the world, the heavens, even the act of creation itself. The next chapter looks at maps that are, literally, at the opposite end of the scale from cosmological and world maps—maps that represent specific parts of the world and provide a close-up view of areas in which their makers lived, worked, and moved.

Having shown how maps help us get around and make sense of our greater and lesser worlds, Maps then turns to the ways in which certain maps can be linked to particular events in history, exploring how they have helped Americans, for instance, to understand their past, cope with current events, and plan their national future. The fifth chapter considers maps that represent data from scientific instruments, population censuses, and historical records. These maps illustrate, for example, how diseases spread, what the ocean floor looks like, and how the weather is tracked and predicted. Next comes a turn to the imaginary, featuring maps that depict entire fictional worlds, from Hell to Utopia and from Middle Earth to the fantasy game World of Warcraft. The final chapter traces the origins of map consumption throughout history and ponders the impact of cartography on modern society.

A companion volume to the most ambitious exhibition on the history of maps ever mounted in North America, Maps will challenge readers to stretch conventional thought about what constitutes a map and how many different ways we can understand graphically the environment in which we live. Collectors, historians, mapmakers and users, and anyone who has ever “gotten lost” in the lines and symbols of a map will find much to love and learn from in this book.

See a collection of unusual maps from the book.

"From religious pilgrimages and vacation road trips to depictions of the ocean floor and the magical landscapes of J. R. R. Tolkien’s Middle Earth, maps chart both physical and imaginary worlds. As geographer Denis Cosgrove explains ’"World" is a social concept . . . a flexible term, stretching from physical environment to the world of ideas, microbes, of sin. Arguably, all these worlds can be mapped.’ And they are in this compelling and very readable companion volume to the current exhibition at the Field Museum in Chicago."

"What could be more straightforward than a map? It’s information from the perceived world reduced to two dimensions. Oh, if it were only so simple. In Maps: Finding Our Place in the World, co-editor Robert W. Karrow Jr. wants to stretch our idea of ’mapness’ to understand that maps chart not just geography but also culture and bias—and can even obscure truth itself. The maps here are both beautiful and revelatory in the way they shape the viewer’s thinking. The book also highlights the amazing variety of map materials, including a Marshall Islands ’stick chart’ that helps novice mariners recognize the patterns of ocean swells as they learn to navigate local waters."

"The book, which beautifully displays more than 180 maps and map-related objects, was produced in connection with the lavish exhibit of the same name. . . . The result is a meaty work that sweeps back and forth across the centuries and millenniums, spans the continents and ranges from the micro-details of a 19th Century London neighborhood to an ancient Aztec rendering of the cosmos."

"Maps, say the co-editors of this extraordinary new book, are a form of communication, a universal language that transcends speech and culture. They are intuitively understood to serve as a historical archive of nothing less than mankind’s progress in the world. And so, if you thought maps were merely aerial drawings of places that help us get from A to B, you will astonished by the depth and breadth of this book."

"This is a fine work that belongs on the shelf of every serious student not just of the history of cartography but also of maps as socio-cultural artifacts. . . . [It] admirably  captures and lucidly explains the study of cartography and its history over the last several decades. If I were to select a single work to teach a course on maps to a class whose familiarity with the subject ranged from knowledgeable to nil, I might well choose this one. . . . It contains such a wealth of information that advanced students would still learn a great deal, and it is written with sufficient clarity that beginners could understand it. Few books can make such a claim."

"An enjoyable collection of high-standard essays. . . . The variety, quantity, and quality of illustrations (189, all in color) is truly exceptional for a non-catalogue. Maps will certainly speak to a vast audience of map collectors and map lovers, but will also appeal to academics wanting to familiarize with maps, or get a sense of current scholarship in the field."

"This well-illustrated, full-color book served as a companion to an exhibition of historical maps that depicted a widemixture of geographic settings, including the US. The exposition hosted maps, many one of a kind, from institutionsand private collectors from around the globe. Held in Chicago, followed by Baltimore, the presentation is the first ofits sort in more than 50 years. Divided into seven chapters that deal with a number of topics, which includevisualizing nature and society, the mapping of the world, and mapping imaginary worlds, the rich content makes thisvolume appealing to a variety of map aficionados. Especially valuable is the inclusion of a large diversity of mapsthat will aid readers in increasing their knowledge of how space has been depicted over time. Not a history ofcartography, this book introduces maps and their background, incorporating their characteristics and allowing for agreater understanding of these tools. The bibliography is a significant addition for further reading and exploration.Highly recommended."

"Maps: Finding Our Place in the World shows clearly how interdisciplinary and visual the study of maps can be. . . . This book can easily serve as a primer for any art historians interested in ’finding our way’ into this fascinating new set of worlds from virtually all periods and places with human visual symbols."

"[This book] might be one of the most beautiful and interesting books--coffee-table or not--I’ve seen in a long time. . . . This book is expensive and worth it and I can’t really imagine the next coffee-table book that’ll make me want it as much as I want this book."

"Absolutely drop-dead gorgeous. . . . The rendering of the wealth of images [is] reason enough to pay the price for this book."

"This beautifully presented volume was prepared to complement an exhibition of the same name as the title, assembled by the Field Museum and the Newberry Library under the curatorship of the present editors. But rather than a catalogue of he exhibition's contents, it comprises an introductory chapter and a series of seven substantial and richly illustrated essays, each focused on a particular map genre, and each written by a different expert."