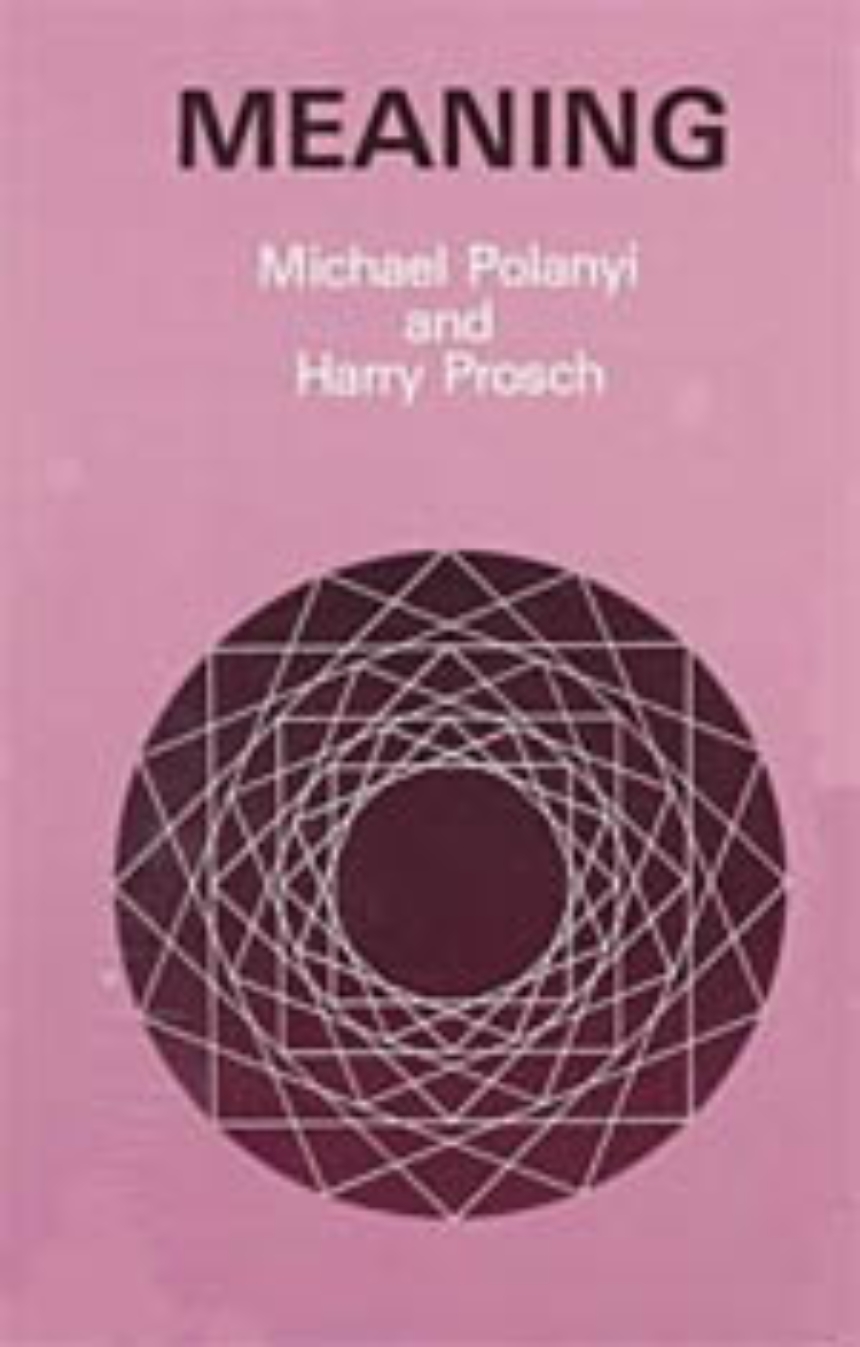 Published very shortly before his death in February 1976, Meaning is the culmination of Michael Polanyi’s philosophic endeavors. With the assistance of Harry Prosch, Polanyi goes beyond his earlier critique of scientific "objectivity" to investigate meaning as founded upon the imaginative and creative faculties.

Establishing that science is an inherently normative form of knowledge and that society gives meaning to science instead of being given the "truth" by science, Polanyi contends here that the foundation of meaning is the creative imagination. Largely through metaphorical expression in poetry, art, myth, and religion, the imagination is used to synthesize the otherwise chaotic and disparate elements of life. To Polanyi these integrations stand with those of science as equally valid modes of knowledge. He hopes this view of the foundation of meaning will restore validity to the traditional ideas that were undercut by modern science. Polanyi also outlines the general conditions of a free society that encourage varied approaches to truth, and includes an illuminating discussion of how to restore, to modern minds, the possibility for the acceptance of religion.