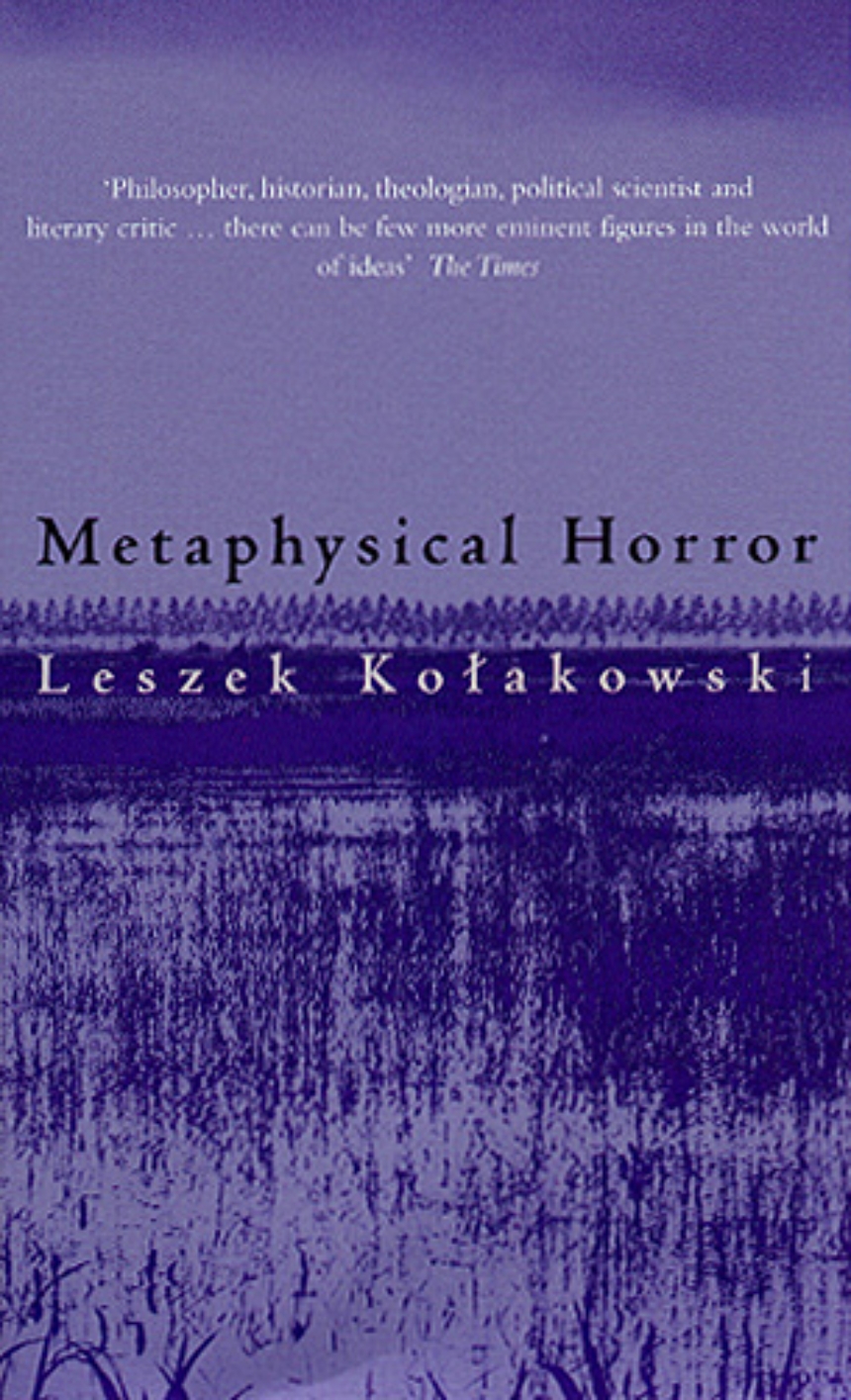 Edited and translated by Agnieszka Kolakowska
For over a century, philosophers have argued that philosophy is impossible or useless, or both. Although the basic notion dates back to the days of Socrates, there is still heated disagreement about the nature of truth, reality, knowledge, the good, and God. This may make little practical difference to our lives, but it leaves us with a feeling of radical uncertainty, a feeling described by Kolakowski as "metaphysical horror." "The horror is this," he says, "if nothing truly exists except the Absolute, the Absolute is nothing; if nothing truly exists except myself, I am nothing." The aim of this book, for Kolakowski, is finding a way out of this seeming dead end.

In a trenchant analysis that serves as an introduction to nearly all of Western philosophy, Kolakowski confronts these dilemmas head on through examinations of several prominent philosophers including Descartes, Spinoza, Husserl, and many of the Neo-Platonists. He finds that philosophy may not provide definitive answers to the fundamental questions, yet the quest itself transforms our lives. It may undermine most of our certainties, yet it still leaves room for our spiritual yearnings and religious beliefs.

The final sentence of the book captures the hopefulness that has survived the horror of nothingness when Kolakowski asks: "Is it not reasonable to suspect that if existence were pointless and the universe devoid of meaning, we would never have achieved not only the ability to imagine otherwise, but even the ability to entertain this very thought—to wit, that existence is pointless and the universe devoid of meaning?" The answer, of course, is clear. Now it is up to readers to take up the challenge of his arguments.

Philosophy and Philosophers
Philosophy’s Self-Martyrdom
. . . And its Self-Derision
On Jaspers (1)
Philosophy’s Survival
On What Is Real
Cartesian Dreams: Recycling the Cogito (1)
Alibi: The Curse of Time
The Absolute (1)
The Absolute (2)
Divine Persons and Unpersons: Is God Good?
(Cruor Dei)
Damascius and Two Kinds of Nothingness
Divine Nothingness in Christianity
On All Possible Languages (1)
Recycling the Cogito (2)
On Husserl
On Merleau-Ponty
The Ego as a Quasi-Absolute
De-Cartesianization
On Spinoza
On Jaspers (2)
Leibniz and All Possible Worlds
On Creation, Divine and Human
The Alter-Ego
On All Possible Languages (2)
Reading the World