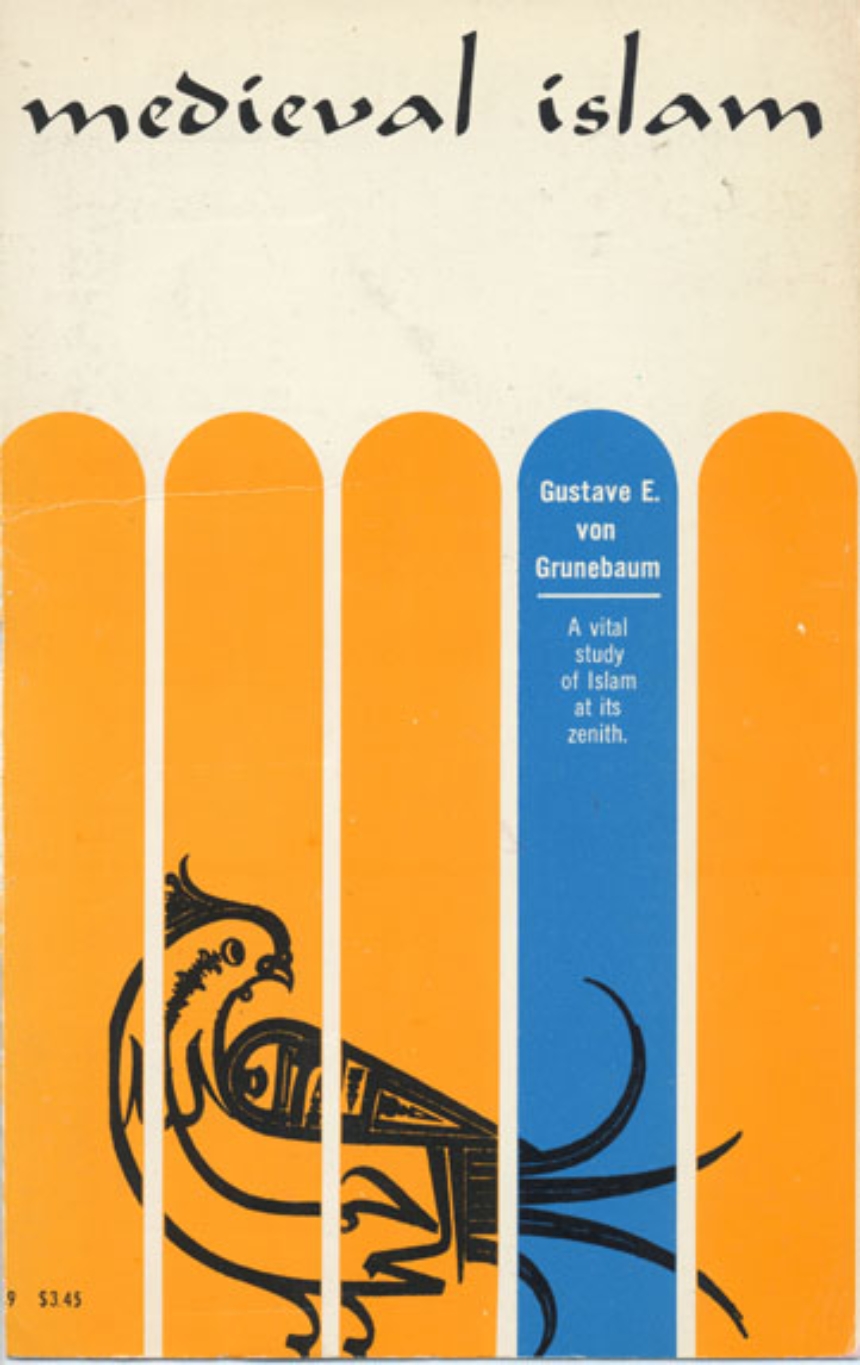 A Study in Cultural Orientation

A Study in Cultural Orientation

From the Preface:
"This book book has grown out of a series of public lectures delivered in the spring of 1945 in the Division of the Humanities of the University of Chicago. It proposes to outline the cultural orientation of the Muslim Middle Ages, with eastern Islam as the center of attention. It attempts to characterize the medieval Muslim’s view of himself and his peculiarly defined universe, the fundamental intellectual and emotional attitudes that governed his works, and the mood in which he lived his life. It strives to explain the structure of his universe in terms of inherited, borrowed, and original elements, the institutional framework within which it functioned, and its place in relation to the contemporary Christian world.
"A consideration of the various fields of cultural activity requires an analysis of the dominant interest, the intentions, and, to some extent, the methods of reasoning with which the Muslim approached his special subjects and to which achievement and limitations of achievement are due. Achievements referred to or personalities discussed will never be introduced for their own sake, let alone for the sake of listing the sum total of this civilization’s major contributions. They are dealt with rather to evidence the peculiar ways in which the Muslim essayed to understand and to organize his world.
"The plan of the book thus rules out the narration of political history beyond the barest skeleton, but it requires the ascertaining of the exact position of Islam in the medieval world and its significance. This plan also excludes a study of Muslim economy, but it leads to an interpretation of the social structure as molded by the prime loyalties cherished by the Muslim."