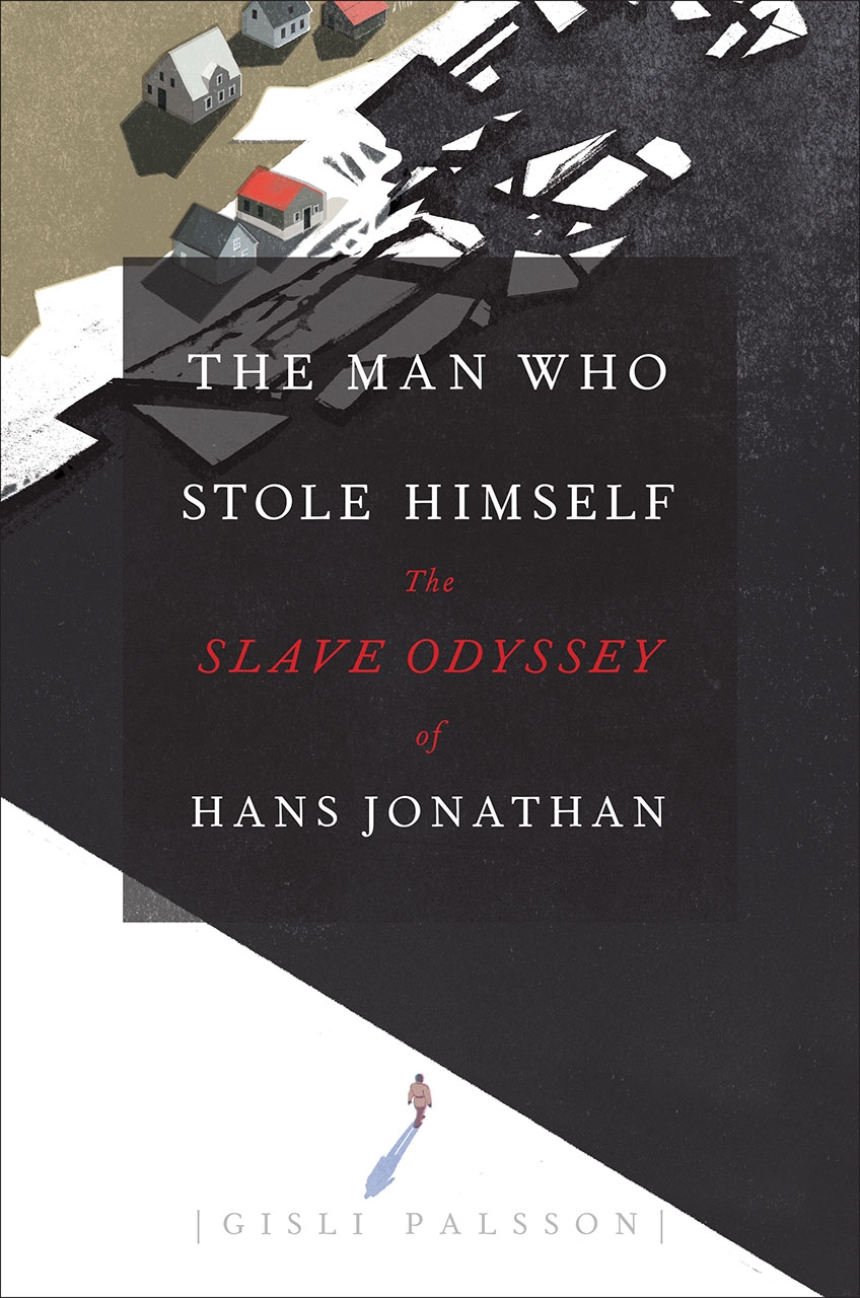 The Man Who Stole Himself

The Slave Odyssey of Hans Jonathan

The Man Who Stole Himself

The Slave Odyssey of Hans Jonathan

The island nation of Iceland is known for many things—majestic landscapes, volcanic eruptions, distinctive seafood—but racial diversity is not one of them. So the little-known story of Hans Jonathan, a free black man who lived and raised a family in early nineteenth-century Iceland, is improbable and compelling, the stuff of novels.
In The Man Who Stole Himself, Gisli Palsson lays out the story of Hans Jonathan (also known as Hans Jónatan) in stunning detail. Born into slavery in St. Croix in 1784, Hans was taken as a slave to Denmark, where he eventually enlisted in the navy and fought on behalf of the country in the 1801 Battle of Copenhagen. After the war, he declared himself a free man, believing that he was due freedom not only because of his patriotic service, but because while slavery remained legal in the colonies, it was outlawed in Denmark itself. He thus became the subject of one of the most notorious slavery cases in European history, which he lost. Then Hans ran away—never to be heard from in Denmark again, his fate unknown for more than two hundred years. It’s now known that Hans fled to Iceland, where he became a merchant and peasant farmer, married, and raised two children. Today, he has become something of an Icelandic icon, claimed as a proud and daring ancestor both there and among his descendants in America.
The Man Who Stole Himself brilliantly intertwines Hans Jonathan’s adventurous travels with a portrait of the Danish slave trade, legal arguments over slavery, and the state of nineteenth-century race relations in the Northern Atlantic world. Throughout the book, Palsson traces themes of imperial dreams, colonialism, human rights, and globalization, which all come together in the life of a single, remarkable man. Hans literally led a life like no other. His is the story of a man who had the temerity—the courage—to steal himself.

“An intriguing work of microhistory. . . . Through this engaging tale of one man’s attempts to find a home as a man of color in nineteenth-century Scandinavia, Palsson uses Jonathan’s previously obscure but picaresque life as a lens through which to examine questions of imperialism, slavery, race, and cultural identity.”

“With wondrous sleuthing, Palsson has recreated the life of a runaway slave, whose story lay hidden for centuries in the memories of an Icelandic family. Hans Jonathan, born to a slave mother in St. Croix and transported to Copenhagen as a boy, escaped in secrecy to Iceland. There he lived as tradesman, farmer, and married man. Palsson paints vividly the multiple worlds that Hans Jonathan saw—from vindictive slave-owners to folks willing to challenge the doctrines of race. A gripping read, The Man Who Stole Himself shows the powerful resonance that slavery and freedom have for our own time.”

Natalie Zemon Davis, author of The Return of Martin Guerre

“Palsson has much to teach about eighteenth-century Dutch colonialism, the Dutch West Indies, and the trade in sugar and slaves, but this deeply-considered book is not the typical ‘epic history’ of world events. Rather, in its portrait of one man who became extraordinary by claiming his rights to an ordinary life, it puts the monstrous on a human scale.”

“An altogether dramatic and remarkable story.”

“If you're a history buff, this incredible story of an escaped slave will enthrall you. . . . The Man Who Stole Himself is an amazing story about how one lucky man used his wit and education to escape slavery, but it’s also about how people in small Icelandic communities understood race at a time when none of them had met anyone of African ancestry before. It’s simply riveting.”

“A welcome addition to the use of biography in anthropology and for its contribution to our understanding of slavery.”

“There can be no doubt that Palsson has with this fine monograph rendered a great service.”

“As befits an eminent anthropologist, Gísli Pálsson has done far more than write a biography of a unique individual. He sets Hans Jonathan’s exceptional life in context, examining the brutal history of the ‘triangular slave trade’, the development of ideas about fundamental human rights, and the history of European and North American racialist ideologies. . . .This meticulously researched and thoughtful biography will appeal to all those with an interest in the slave trade and its ramifications outside the Anglo-American sphere, or in how concepts of ‘race’ have evolved – and sometimes regressed – over the last two centuries. It is a timely reminder of an earlier migration crisis – the transportation of enslaved people from Africa to the Caribbean and beyond.”

“More than simply a captivating biography, Palsson’s book explores the many worlds that Jonathan navigated. . . . The Man Who Stole Himself is a welcome addition to the literature on race and slavery in the Atlantic World. Accessible and engaging, this book will appeal to historians, anthropologists, and graduate students working in the histories of race, slavery, colonialism, imperialism, and their legacies in the modern world.”

“The Man Who Stole Himself is absorbing and captivating. Palsson engagingly assembles and thoughtfully narrates the biography of Hans Jonathan, who was born into slavery on St. Croix, came of age enslaved in Denmark, and claimed his freedom in Iceland. Palsson offers up a meditation on slavery and race—past and present—thoughtfully raising complex issues involving race, memory, and family. Palsson does not offer easy answers either; rather, he pushes readers to ponder through these issues on their own. A beautifully written and accessible book.”

Terri L. Snyder, author of The Power to Die: Slavery and Suicide in British North America

"Some books captivate. . . . Gisli Palsson's masterful tale of Hans Jonathan's odyssey (1784–1827) is one of them. . . . It is a fascinating story – not least because, as Palsson makes clear in the introduction, it is the story of imperialism, colonialism, racism, human rights, and globalism squeezed into one extraordinary life. . . . This book is innovative in both form and content and is also broadly encompassing. It makes absolute sense to use it in teaching a wide range of subjects at both the bachelor's and master's level (anthropology, sociology, history, area studies on subjects dealing with everything from colonialism and migration to anthropological dissemination and scientific theory), but is certainly also a good read for anyone with an interest in an unusual, well-told family story."

Prologue: A Man of Many Worlds

I           The Island of St. Croix
“A House Negro”
“The Mulatto Hans Jonathan”
“Said to Be the Secretary”
Among the Sugar Barons

II         Copenhagen
A Child near the Royal Palace
“He Wanted to Go to War”
The General’s Widow v. the Mulatto
The Verdict

IV        Descendants
The Jonathan Family
The Eirikssons of New England
Who Stole Whom?
The Lessons of History